POLL: ‘None of the above’ now the most popular choice for Tory leader

This sums it all up! A new YouGov poll has captured the mood of a nation, and the race to become the next Tory leader is mired in apathy. 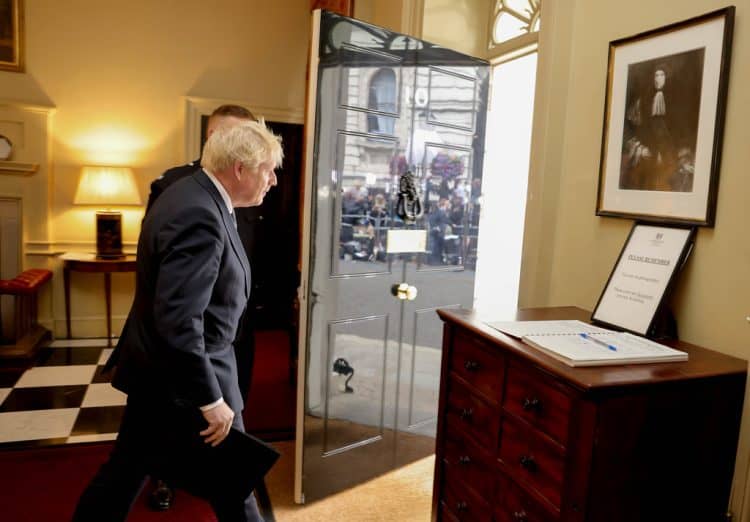 Ha! It’s been a while since we had a good LOL at a political poll, but here we are. A YouGov survey commissioned by the Sunday Times reveals that the most popular choice for the next Tory leader amongst the British public is… none of the above. Second place is also a barrel of laughs.

“None of the above” for Prime Minister?

Coming in at #2 is ‘don’t know’, which perfectly summarises the current state of the Conservative Party. You have to go all the way down to third amongst the public consensus before you find an actual candidate – and Rishi Sunak leads the others with a paltry 13%.

With 58% of Brits polled so ambivalent about their next Prime Minister, it’s clear that the whole ‘Tory psycho-drama’ thing is wearing thin across the country. There’s only so long a government can re-enact scenes from The Thick Of It before the masses get fed-up.

Perhaps a better indicator, then, is to look at how the demographic of Conservative party members feel about the leadership race. Here, we can see a bit more clarity – but there’s still plenty of comedic value in this chart, too.

Who will be the next Tory leader?

The marginal favourite was Ben Wallace, and he topped a separate poll amongst the Tories last week. Hilariously, he has since ruled himself out of the running. Penny Mordaunt then places second, ‘with none of the above’ and ‘don’t know’ STILL finishing third and fifth respectively.

Sandwiched between the apathy and confusion is Mr. Sunak once more, who arguably has the biggest public profile of all front-runners.

Other big-hitters, including Jeremy Hunt, Nadhim Zahawi, Sajid Javid, and Priti Patel failed to earn more than 5% of the vote from either the public or their fellow party members.

Rishi Sunak the early favourite, as big-hitters fall away

Dominic Raab, Michael Gove, and Liz Truss didn’t fare much better, with only 7-8% of Tories willing to back each candidate. Steven Barclay, meanwhile, gets an honourable mention – as NO-ONE from the public poll backed him, and just 1% of party members are on his side.

All in all, we’re looking at one of the least inspiring leadership contests in modern history. Here’s the poll in its full glory: