Oh Tom Tugendhat, what are you like, eh? So bloody naughty that you... *checks notes*... once went and invaded a country. 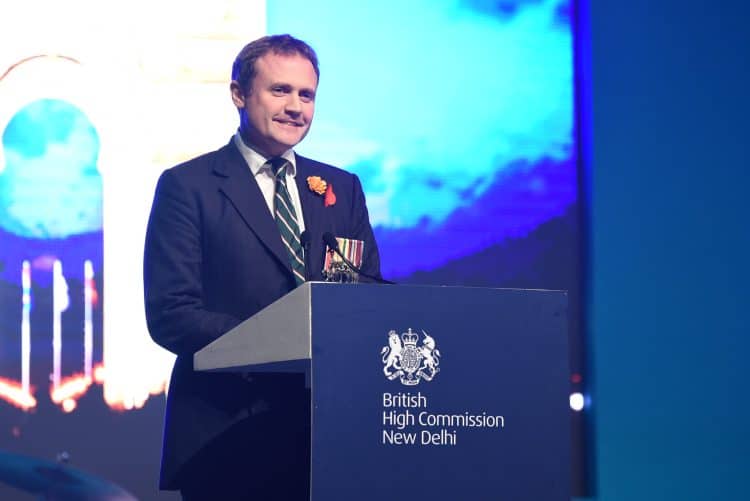 We’ve all done naughty things in our lifetimes. Whether that’s pinching a chocolate bar out of the cupboard, getting sent to detention after school, or even spicing it up in the bedroom, none of us have a clean slate. But this Tory leadership candidate can go one better.

Tom Tugendhat – brilliantly described as ‘a man whose surname is made up of three words randomly pulled out of the dictionary’ – appeared on Sky News earlier today, to discuss his bid to become Britain’s next Prime Minister.

When asked about the naughtiest thing he’d ever done, Tugendhat surprised pretty much everyone who tuned in, claiming that he had ‘invaded a country once’. Yeah, we’re fairly sure ‘naughty’ isn’t quite the word to describe an act of war.

Sophie Ridge, who posed the question to the Tory leadership hopeful, laughed at the response. But she likely didn’t have time to digest the sheer horror of Tugendhat’s reply. To say this man could potentially hold the highest office in the UK soon, it was a chilling answer.

And yet, his line was delivered with a smirk that even Priti Patel would be proud of. Ridge’s question was a throwback to a now-iconic answer Theresa May gave on the same subject back in 2017. She said the naughtiest thing she ever did was ‘run through a field of wheat’.

Now, considering she places that above her role in the Windrush scandal, that must have been an almighty crop.

Who is Tom Tugendhat?

Nonetheless, her answer pales into insignificance when compared with Tom Tugendhat’s gleeful retort. As an army reservist, he has been called up to serve in both Iraq and Afghanistan – where he enjoyed most of his invading days.

A recent poll from the Sunday Times showed that the most popular Tory leadership candidate at the minute, from a field of nine front-runners, is currently ‘none of the above’. Tugendhat polled below 10% in votes from both the general public AND Conservative party members.

Should he take the reins as Prime Minister, we certainly hope he can control his naughty urges. Otherwise another war could break out.