It'll feel more like a proper British summer next week, as rain is forecast for London and the South East. Hosepipe bans may remain, though. 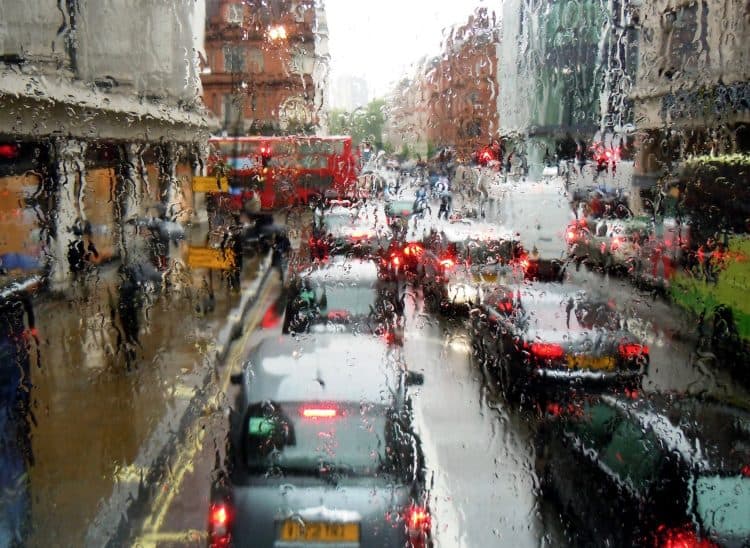 Well, we never thought we’d hear ourselves pray for rain during a UK summer. But here we are. An abnormally hot and dry season has left Britain in a bit of a state, with hosepipe bans throttling millions of consumers – but it now seems some light relief is heading our way.

From Monday onwards, London and the South East are set for the rain they so desperately crave. From Monday 15 August, the first few droplets will make landfall. A modest smattering of showers are forecast for the late afternoon, with thunderstorms also on the radar.

Tuesday will continue in a similar vein, but next Wednesday promises to bring some of the heaviest downpours. Most of the forecast rain will fall on the afternoon of 17 August.

Parts of London could record 20mm by the middle of next week, with areas of Kent, Sussex Hampshire pushing the 25cm mark. Sporadic and intermittent showers will persist as we head into next weekend, bumping those totals up slightly.

Rain heading to UK – but will it be enough to end hosepipe bans?

In fact, a quick glance at the 14-day forecast suggests that 30mm to 40mm of rain could fall in London and the South East over the next fortnight. Given the recent punishing heatwaves, deluges like these are not to be sniffed at.

As the UK cools on its approach to Autumn, one question is now on everyone’s mind: Will consistent rainfall bring an end to the current hosepipe bans?

Hampshire, Kent, and Sussex are already subject to water restrictions – some of which could soon be implemented in London.

The natural assumption is that a significant period of wet weather will negate the need for hosepipe bans. Sadly, however, it’s not always as simple as that. Graham Madge of the Met Office has already told The Times that the upcoming rainfall ‘is not yet meaningful’.

Hosepipe bans have ‘previously lasted for over a year’

Therefore, it could take until OCTOBER before hosepipe bans are fully lifted.

Back in the 1990s, the North West had to endure a 14-month period of water restrictions. It’s not yet known how long these latest measures will be in place for – but next week’s rainfall may not be the silver bullet many were hoping for.