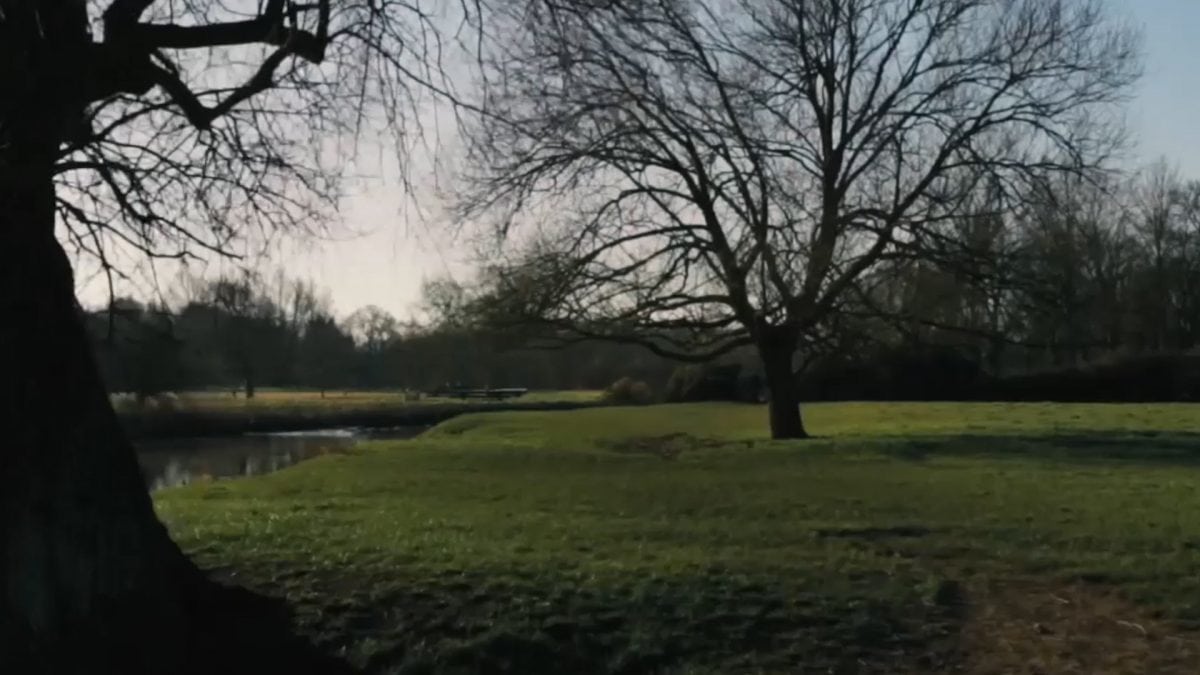 It follows a previous study by the same team that showed a brisk walk in the park improves people’s self-esteem.

Now the phenomenon has been found to work just by seeing plenty of plants, flowers and trees – on the box.

Professor Viren Swami said it could lead to a cheap solution to helping people with body confidence issues fuelled by social media – especially those living in ‘concrete jungles.’

He said: “There are a number of possible explanations for our results including the idea natural environments promote ‘soft fascination’ which is a state of cognitive quiet that fosters self-kindness and helps individuals have a more compassionate view of their body.

“Views of rivers and trees are also devoid of any reminders of materialism – and so allows the viewer respite from thoughts of consumption and image.”

The study published in the journal Body Image discovered a person’s appreciation of their own body immediately improved after watching a film showing a natural environment.

In the experiment 36 students watched two three-minute films – shot from a first-person perspective in and around Cambridge.

One was of a walk through built-up streets in the city centre and the other was on the banks of the River Cam in Grantchester.

On a five-point scale of ten measurements of mood reflecting their body appreciation scores improved by around two thirds (66%) after the latter was shown to them.

The former made no difference to how they saw themselves. The higher the score the better they felt.

Prof Swami, a social psychologist at Anglia Ruskin University in Cambridge, said: “Our results showed exposure to a short film of a walk in a natural environment – but not a built environment – resulted in significantly improved state body appreciation.

“This is noteworthy because the effect size of the elevation in state body appreciation was comparable to that of a walk in a real natural environment reported in a previous study – and larger than the effect sizes of exposure to images of nature.”

He said exposure to films of natural environments may adequately represent real nature – at least in terms of their effects on body image.

Prof Swami said: “To the extent films also include multi-sensory, dynamic characteristics of an environment, they may be more effective at promoting improvements in body image compared to static images which lack these char-
acteristics.”

This includes respecting your own body and rejecting rigid ideals around appearance.

Similar, immediate benefits in body appreciation were achieved by watching the film’s – produced by the university’s StoryLab research institute – depicting a natural environment.

The film showing city streets had no effect – either positive or negative – on undergraduates’ body appreciation.

Prof Swami said: “However, more work still needs to be done to fully understand exactly how exposure to natural environments promotes improvements in body image, as well as how our findings here translate to how people view nature films outside the laboratory.

“For example, if we watch Springwatch on the sofa whilst at the same time checking our Twitter feed, it’s possible the natural scenes might not have the same immersive effect.”

But he added: “However, our findings suggest there could be a straightforward and low-cost solution for promoting healthier body image, particularly for individuals who may not have easy access to real natural environments, for example if they live in a city centre or because of a lack of mobility.”

Recent research has shown young adults who spend more time browsing Facebook, Twitter and Instagram are more than twice as likely to struggle with body image – and be more at risk for developing an eating disorder.

It showed viewers had substantial decreases in emotions such as nervousness, anxiety and fear.

The participants were asked to complete a short survey to establish their mood state before being shown clips from the Planet Earth II series which is narrated by Sir David Attenborough.

Prof Swami said: “Exposure to natural environments – such as wild nature, green
spaces and parks – has wide-ranging benefits in terms of physical health and psychological well-being.

Anyway all that’s a good excuse to watch this again: