Naa’imur Rahman, 20 and Mohammad Aqib Imran, 21 both to stand trial at the Old Bailey 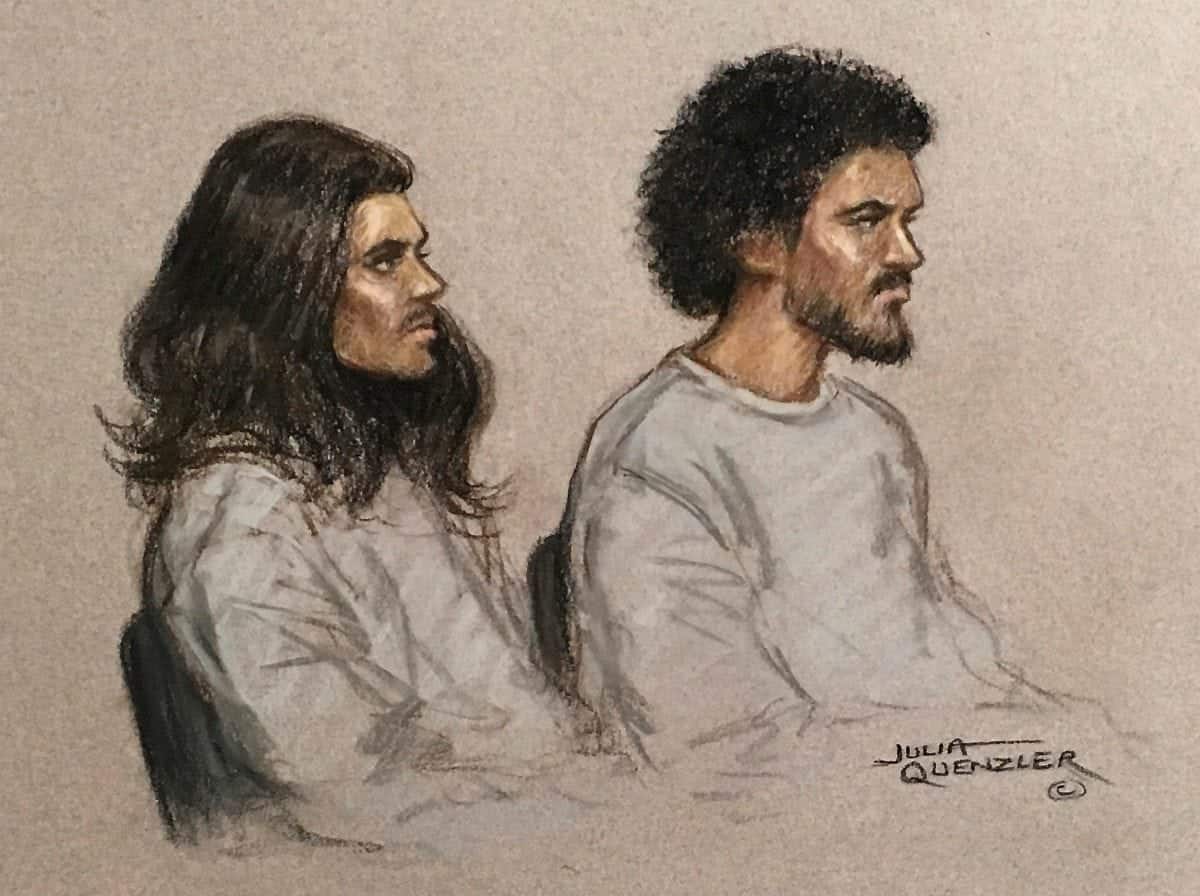 An Old Bailey jury to try an alleged Downing Street suicide bomber and his accomplice has been selected.

Naa’Imur Zakariyah Raman, 20, scoped out Number 10 and planned to bomb the security gates using improvised explosives has been selected, it was said.

The Bangladeshi British national is accused of planning to hide the homemade bomb inside a rucksack and jacket.

He allegedly also recorded a martyrdom video in which he swore allegiance to Islamic State.

This was then sent to co-accused Mohamed Imran, 22, so he could use it to help him jointhe terror group in Libya, it was said.

On Monday morning a jury of 12 and four extras, were sworn in to hear the five week trial, which is expected to begin on Tuesday morning.

Raman denies two counts of engaging in conduct in preparation of terrorist acts while Imran denies one count of the same charge.

Prosecutor Mark Heywood QC said: “The case involves allegations of terrorism, there are three counts on the indictment, the time estimation is six working weeks.”

Leading up to the pair’s arrest Pakistani British Imran allegedly purchased a fake passport from a contact online and saved money to travel to Libya.

He also had a copy of “How to Survive in the West – a Mujahid’s Guide 2015” and had already followed some of its instructions, it was claimed.

Mr Justice Charles Haddon Cave told jurors: “The trial is estimated to last four to five weeks but we have pencilled in until Friday 27 July.”

Both defendants sat silently in the dock and watched proceedings without looking or speaking to each other.

Imran was arrested about an hour-and-a-half later in Stratford Road, Birmingham.

The charges against Raman state that on or before 28 November 2017 with the intention of committing acts of terroism engaged in conduct in preparation for giving effect to that intention, namely conducting a recconnssaince of the target location, recording a pledge of allegiance, purchasing a rucksack, delivering a rucksack and jacket to be fitted with improvised explosive devices and collecting the rucksack and jacket with a view to committing acts against persons in the United Kingdom.

Mohammed Imran denies one count of engaging in conduct in preparation of terroist acts, namely that on or before 28 November 2017 with the intention of committing acts of terroism engaged in conduct in preparation for giving effect to that intention namely; saving money to pay for a fake passport and travel to Libya, communicating with another online and sending two photographs of his passport data page to secure a fake passport, conducting online research into travel options and terroist publications, possessing an Islamic State sponsorship video made by Raman, downloaded “How to Survive in the West – a Mujahid’s Guide 2015” and putting into effect a number of instructions in it.