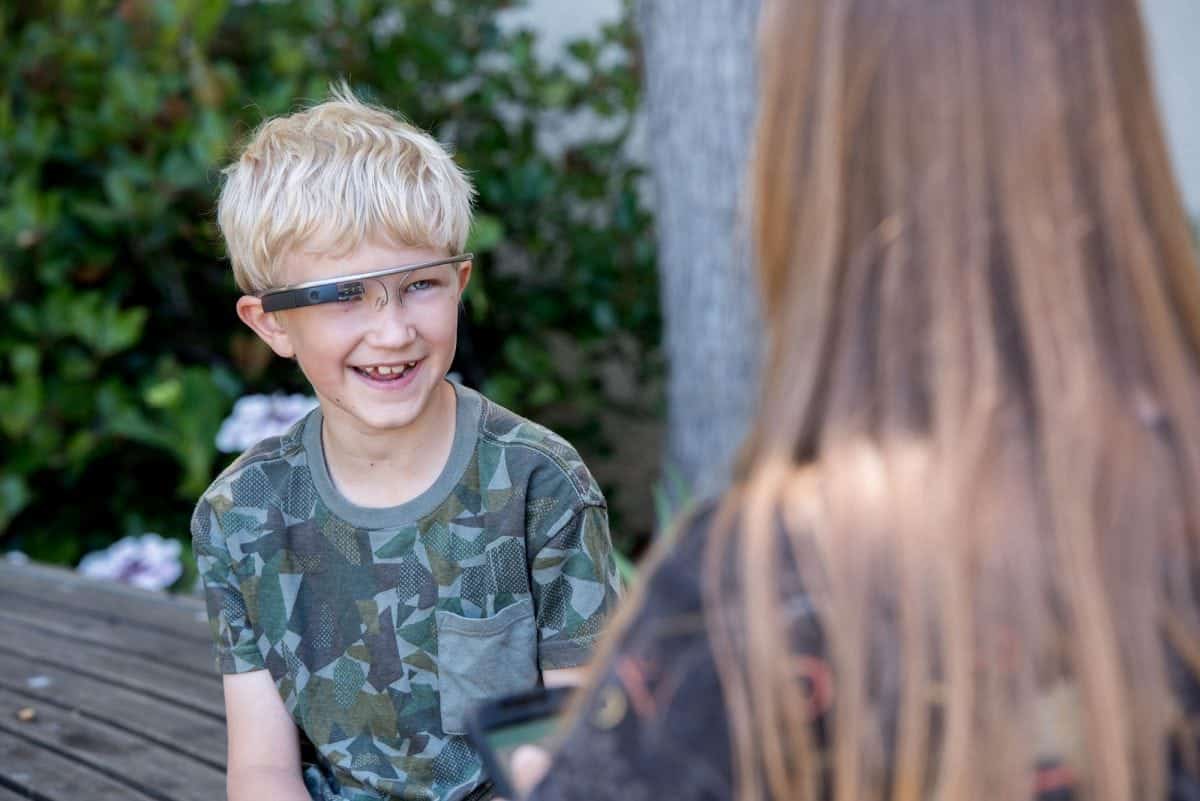 But their social skills improved by using a smartphone app paired with Google Glass dubbed Superpower Glass to help them understand the emotions conveyed in people’s facial expressions.

The app designed by researchers at the Stanford University School of Medicine uses games to provide real-time cues about other people’s facial expressions to a child wearing Google Glass.

The device, linked with a smartphone, consists of a glasses-like frame equipped with a camera to record the wearer’s field of view, as well as a small screen and a speaker to give the wearer visual and audio information.

As the child interacts with others, the app identifies and names their emotions through the Google Glass speaker or screen.

After just one to three months of regular use, parents reported that children with autism made more eye contact and related better to others.

And their autism got better with some dropping from severe to moderate.

The pilot project was carried out in 14 families with a child aged between three and 17 with a clinically confirmed autism diagnosis who tested the glasses for an average of 10 weeks.

Prior to the study Alex, nine, could not look people in the eye despite gentle encouragement from his mother Donji Cullenbine.

She explained: “I would smile and say things like, ‘You looked at me three times today.’ But it didn’t really move the bar.”

A few weeks into the trial, Alex began to realise that people’s faces hold clues to their feelings.

She said: “He told me, ‘Mommy, I can read minds. My heart sang. I’d like other parents to have the same experience.”.”

Associate professor of paediatrics and of biomedical data science Dr Dennis Wall said the treatment could help fill a major gap in autism care as in the US there is an 18 month waiting list to see a specialist.

Early autism therapy has been shown to be particularly effective, but many children aren’t treated quickly enough to get the maximum benefit.

He said: “The only way to break through the problem is to create reliable, home-based treatment systems. It’s a really important unmet need.”

Typically developing children learn to recognise emotions by engaging with people around them. For children with autism, it’s different. 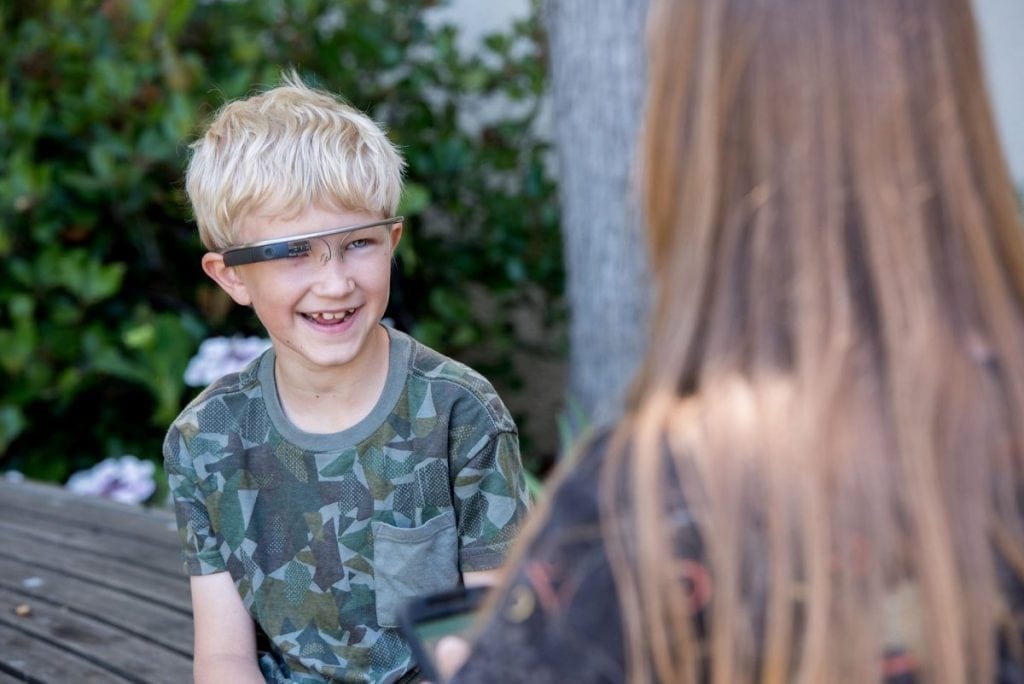 Prof Wall added: “They don’t pick those things up without focused treatment.”

The families used the therapy for at least three 20-minute sessions per week with parents completing questionnaires at the start and end of the pilot about their child’s social skills.

In interviews, parents and children also gave feedback about how the programme worked for their families.

The researchers designed three ways to use the face-recognising programme.

In “free play,” children wear Google Glass while interacting or playing with their families, and the software provides the wearer with a visual or auditory cue each time it recognises an emotion on the face of someone in the field of view.

In “guess my emotion” game mode a parent acts out a facial expression corresponding to one of the eight core emotions, and the child tries to identify it.

In “capture the smile” game mode children give another person clues about the emotion they want to elicit, until the other person acts it out, which helps the researchers gauge the children’s understanding of different emotions.

The study found children with more severe autism were more likely to choose the game modes rather than free play.

Further research is planned but Prof Wall said the results were promising.

Parents’ comments in interviews such as “a switch has been flipped; my child is looking at me” or “suddenly the teacher is telling me that my child is engaging in the classroom” was “really heartwarming and super-encouraging for us to hear,” Prof Wall said.

It affects one in 59 children in the United States.

The study was published in npj Digital Medicine.