Tragedy struck for Emily-Rae Rushmer whose dream of having children was ripped away from her when she had to undergo a full hysterectomy. 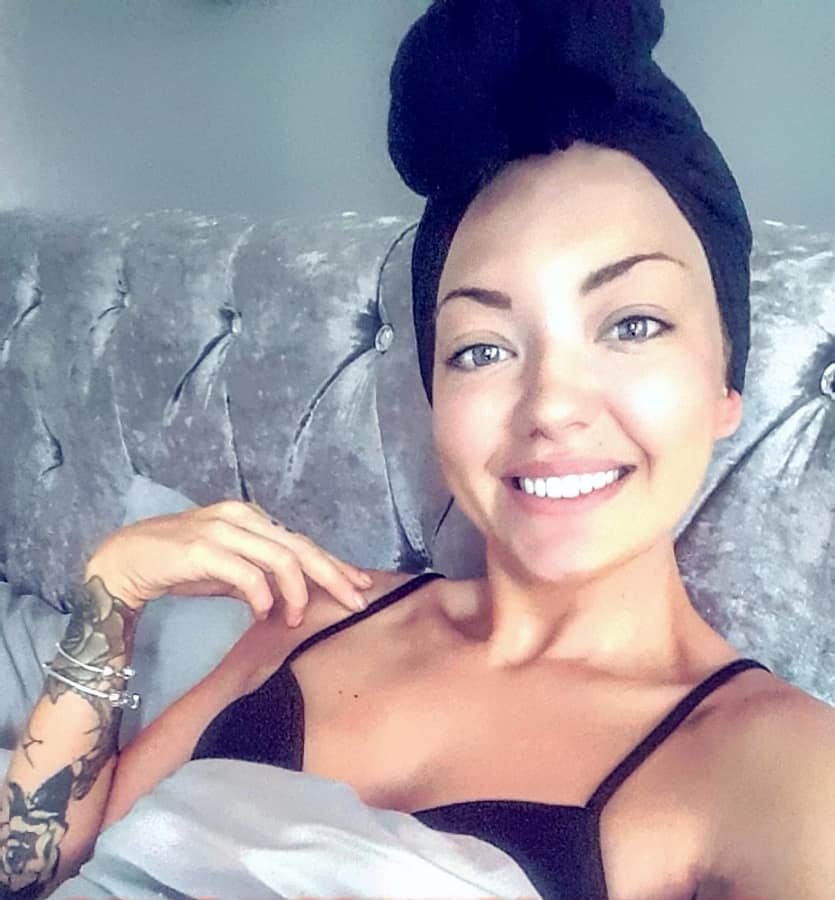 A fit and healthy woman who was diagnosed with advanced cervical cancer at the age of 25 is fighting to lower the smear test age.

Tragedy struck for Emily-Rae Rushmer whose dream of having children was ripped away from her when she had to undergo a full hysterectomy.

The treatment, along with months of serious infections afterwards, meant she also had to say goodbye to her lengthy blonde locks due to stress-induced alopecia.

Her hair is now a “straggly ginger mess” she said.

Now 26, Emily is campaigning to lower the smear age test from 25 to 16 and said it “could have all been avoided.”

Emily said: “I was devastated that I was never going to have a baby but now I look at it like I’m very lucky.

“The hysterectomy meant I was having to say goodbye to all my future babies.”

Despite being young and healthy and having hardly any symptoms, Emily said she might not be here if the cancer wasn’t found when it was.

It was only when she went to the doctors with abnormal bleeding that the horrific truth was revealed.

Emily, from Milton Keynes in Buckinghamshire, said: “I didn’t think it was anything too serious, I was going to the doctors anyway so thought I’d mention it.

“I allowed the nurse to carry out a smear test and within the first ten minutes there was something sinisterly wrong.”

Following the test, Emily was transferred to hospital and underwent various tests again three days later where they carried out a biopsy of her cervix.

Emily was still sure nothing was wrong until she was introduced to a Macmillan nurse.

She said: “That’s when I knew something was wrong.

“I was healthy, I felt a little bit tired but I thought that was down to having a heavy period.

“Being totally honest, I probably wouldn’t have gone for my smear test, I would have put it off until something was wrong or I heard a horror story.

During tests, Emily was told her tumour was 2.2cm but just eight days later it had doubled in size and measured 5.5cm.

Emily added: “The maximum limit is 6cm to operate on a tumour so it was touch and go.”

She was told the cancer was so advanced that her womb had to be removed and she was rushed into an emergency radical hysterectomy on January 10.

Emily said: “Looking back, I know that is what had to happen and I’m grateful that it did because I would not be here. I’m not going to have babies but I am someone’s baby.”

The volunteer has now launched a petition in a bid to change the law which would lower the smear age test from 25 to 16.

“If my smear test was done even at 18 maybe abnormal cells could have been found earlier and this could have all been avoided.”

She is also shaving her hair off to raise money for Macmillan Cancer Care.

Emily said: “Shaving off what’s left of my hair doesn’t bother me at all, and neither does the big scar that runs right down my tummy from the hysterectomy.

“I embrace my scar because that has given me life. I would rather have that scar than to not be here.

“I was very body conscious before. I had very long hair but when it started to come out and I went to get extensions.

“My outlook on life is completely different. Having cancer has actually changed my life for the better and I can’t really explain that.

“I could have sat at home crying about it and asking why me, and I did for a while but it’s my belief that this happened for a reason.

“If I can help just one person then that would be enough for me. I don’t want anyone to feel alone or ashamed, that is my goal by raising awareness.”

After a battle with post-op sepsis and numerous other abdominal infections, Emily is now on the road to recovery and is planning a career working with special needs children.

The charity head shave will take place on August 8 and you can donate on https://www.gofundme.com/f/ems-brave-the-shave