by Joe Mellor
in Health, Science, Tech and Auto 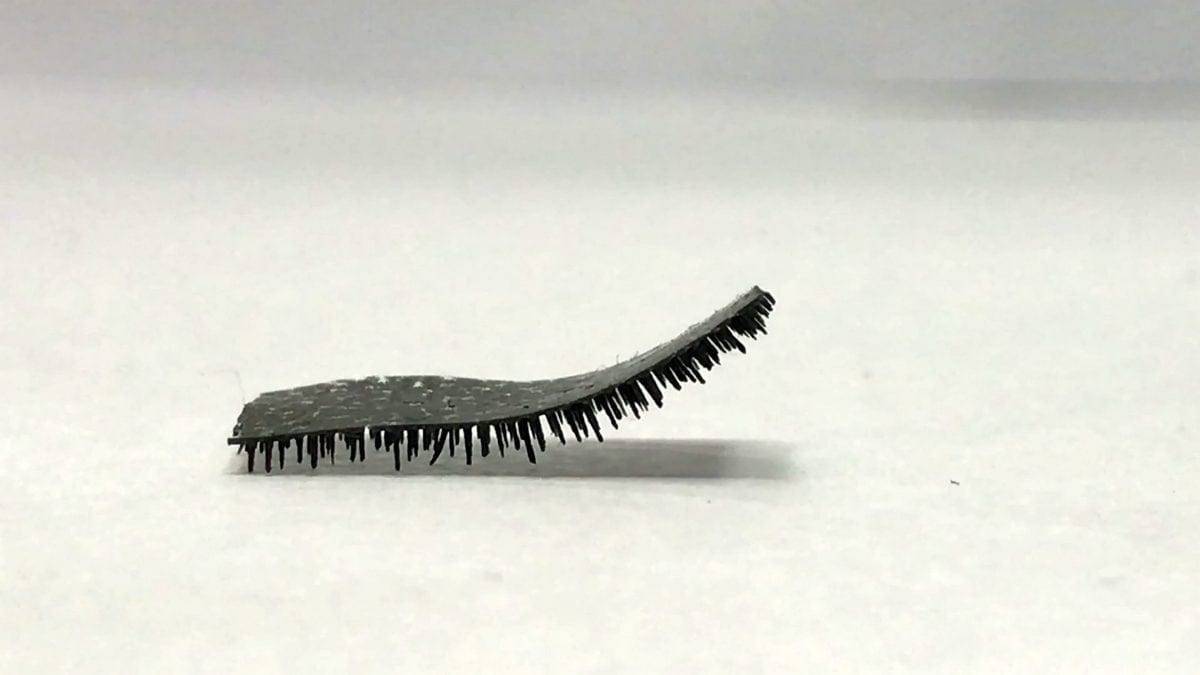 A tiny robot with ‘caterpillar’ legs and the equivalent strength of a human able to easily lift a 26-seat mini-bus could also be used to deliver drugs inside the human body.

Researchers say that the robot is capable of carrying relatively heavy loads and adapting to adverse environments and could pave the way for medical technology advances.

They say it can move efficiently inside surfaces within the body lined with, or entirely immersed in, body fluids such as blood or mucus.

But what makes the ‘milli-robot’ stand out is its hundreds of less than one millimetre long pointed legs that look like tiny hairs.

The research team at City University of Hong Kong (CityU) had studied the leg structures of hundreds of ground animals including those with two, four, eight or more legs, in particular the ratio between leg-length and the gap between the legs.

Study leader Assistant Professor Shen Yajing, of CityU’s Department of Biomedical Engineering (BME), said: “Most animals have a leg-length to leg-gap ratio of 2:1 to 1:1. So we decided to create our robot using 1:1 proportion.”

The robot’s body thickness measures around 0.15 mm, with each conical leg measuring 0.65 mm long and the gap between the legs measuring about 0.6 mm, making the leg-length-to-gap ratio around 1:1.

Dr Shen said the robot’s pointed legs have ‘greatly reduced’ their contact area and hence the friction with the surface.

Laboratory tests showed that the multi-legged robot has 40 times less friction than a limbless robot in both wet and dry environment. 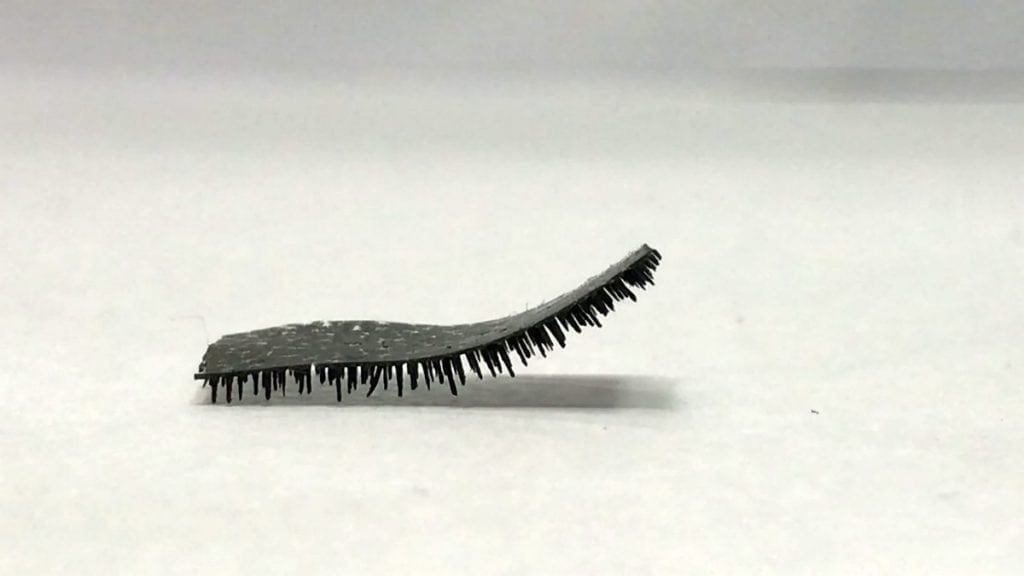 The robot is fabricated with a silicon material called polydimethylsiloxane (PDMS) embedded with magnetic particles which enables it to be remotely controlled by applying electromagnetic force.

Professor Wang Zuankai, who conceived the research idea, said: “Both the materials and the multi-leg design greatly improve the robot’s hydrophobic property.

“Besides, the rubbery piece is soft and can be cut easily to form robots of various shapes and sizes for different applications.”

Controlled by a magnetic manipulator used in experiments, the robot can move in both a flap propulsion pattern and an inverted pendulum pattern, meaning that it can use its front feet to flap forward as well as swinging the body by standing on the left and right feet alternately to advance respectively.

“Our multi-legged robot shows an impressive performance in various terrains and hence open wide applications for drug delivery inside the body.”

The research team further proved that when facing an obstacle ten times higher than its leg length, the robot, with its deformable soft legs, is able to lift up one end of its body to form an angle of up to 90-degrees and cross the obstacle easily.

And it can increase its speed by increasing the electromagnetic frequency applied.

Lab tests showed that it was capable of carrying a load 100 times heavier than itself, a strength comparable to an ant, one of the strongest creatures in nature, or to a human being able to “easily” lift a 26-seated mini-bus.

Dr Shen said: “The amazingly strong carrying capability, efficient locomotion and good obstacle-crossing ability make this milli-robot extremely suitable for applications in a harsh environment, for example delivering a drug to a designated spot through the digestive system, or carrying out medical inspection.”

Before conducting further tests in animals and eventually in humans, the research teams are further developing and refining their research in three aspects, namely finding a biodegradable material, studying new shapes, and adding extra features.

Dr Shen added: “We are hoping to create a biodegradable robot in the next two to three years so it will decompose naturally after its meds delivery mission.”

The robot was described in the journal Nature Communications.