Afghanistan is already the source of 90% of the world’s heroin and 95% of the heroin in the UK. 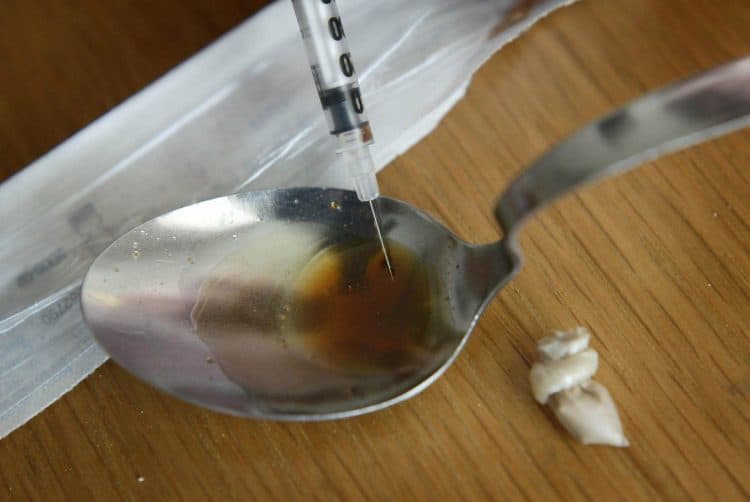 Even as the British government and its European counterparts struggle to recover from the whiplash of events in Afghanistan over the past few weeks, the focus of policy experts on multiple fronts is already shifting away from the failures of two decades of nation-building and towards the dangers of the Taliban takeover for the UK and Europe themselves.

Attention in London, Brussels, and a number of European capitals has turned first and foremost to what could very quickly become Europe’s next migration crisis in the aftermath of the collapse of Ashraf Ghani’s government and the fundamentalist Islamist movement’s return to power in Kabul. For public health and drug enforcement officials, however, another arrival from Afghanistan poses a far greater challenge: opium, and the heroin produced from it.

Afghanistan is already the source of 90% of the world’s heroin and 95% of the heroin in the UK. Despite claims the Taliban will once again try to ban opium cultivation, the amount of Afghan land used to grow poppies has more than tripled since the group first took power in the 1990s. Sceptics of Taliban promises to curtail opium cultivation point to the fact the group derives much of its own revenues from the drug trade.

Already failing in its battle against addiction to opiates such as heroin and morphine, the UK is hardly ready for this new challenge. Over 4,500 people died from drug poisoning last year in England and Wales alone, and approximately half of those deaths were caused by opiates. Scotland, for its part, had the highest per capita rate of drug-induced deaths in all of Europe prior to the pandemic.

An expanded influx of Afghan opium and its derivatives could further expose cracks in drugs policy, reinforcing the arguments of drug treatment experts who have consistently and emphatically argued for an approach focused on harm reduction.

If a shift in policy does ultimately come about because of events linked to Afghanistan, it won’t come a moment too soon.

As Harm Reduction International’s most recent report on the Global State of Harm Reduction points out, the UK has slashed its funding for drug services by 26% in just the past five years, in keeping with a broader trend towards reduced support for harm reduction programs in EU countries such as Ireland, Germany, and France. These funding shortfalls have become particularly problematic since the start of the pandemic, with Covid lockdowns putting addiction sufferers and the services they depend on under unprecedented strain.

These cuts, however, ultimately cost British taxpayers and British society more than they save. As a 2019 Parliamentary report from the Commons’ Health and Social Care Committee makes clear, “a health focused and harm reduction approach would not only benefit those who are using drugs but reduce harm to and the costs for their wider communities,” with policy measures like decriminalization freeing up money currently spent on criminal justice to be invested in holistic harm reduction.

Lessons from the tobacco epidemic

Ironically, the UK’s shortcomings in crafting a health-focused approach to drugs policy stands in sharp contrast to the innovative steps towards harm reduction currently being taken on other fronts. The NHS and Public Health England (PHE) have embraced the concept of harm reduction in response to other major public health challenges, chief among them being smoking and tobacco use.

According to the NHS, 78,000 people die of smoking in the UK every year, with cigarettes responsible for 70% of lung cancer cases and numerous other cardiovascular diseases. To curtail the devastating impact of the tobacco epidemic on health services and help smokers kick the habit, both the NHS and the PHE have over the past several years sought out and endorsed effective smoking cessation tools such as e-cigarettes.

In 2018, for example, PHE determined e-cigarettes were 95% less harmful than cigarettes, while research conducted last year found the devices were the most popular alternative used by smokers to wean themselves off tobacco. As part of an ongoing study conducted by the University of East Anglia, smokers who find themselves in certain A&E departments are even being offered free e-cigarettes to confirm that the devices help them quit combustible tobacco.

The UK’s neighbours on the continent, unfortunately, do not share this open-minded approach to harm reduction. Dismissing the utility of e-cigarettes as a smoking cessation tool out of hand, the European Commission instead treats them as a tobacco product to be regulated under the Tobacco Products Directive (TPD).

Taking the matter even further, some European governments and EU officials are pushing to ban flavoured e-cigarettes or subject them to the same levels of taxation as cigarettes, arguing that minors need to be dissuaded from taking up vaping habits. Finland, for example, has already put many of these policy measures in place, altering its 2010 Tobacco Act to cover e-cigarettes and banning all flavours other than tobacco. Hungary has imposed some of the strictest regulations on e-cigarettes in Europe, including a total ban on flavours, and the Netherlands is preparing to impose a flavour ban as well.

As a recent study from the Yale School of Public Health points out, however, drastic steps such as banning the sale of flavoured e-cigarettes or vapes doesn’t effectively protect young people from nicotine use. Instead, the study shows that such bans lead to increased smoking rates.

With Brexit now complete and the pandemic now relatively stabilized, Britain’s public health officials should be able to fully dedicate themselves to urgent questions about addiction, harm reduction, and drugs policy for the first time in years. On smoking, the UK has already proven itself to be open and flexible in embracing new technologies and methods to reduce the public health impact of the tobacco epidemic—achieving its aim of reducing smoking prevalence to 12%.

With the country’s public health bodies currently being reorganized, British health experts face the task of convincing Government to apply those same lessons to the opiate crisis – before it gets even further out of control.