The trendy fruit is packed with antioxidants that lower cholesterol, say scientists. 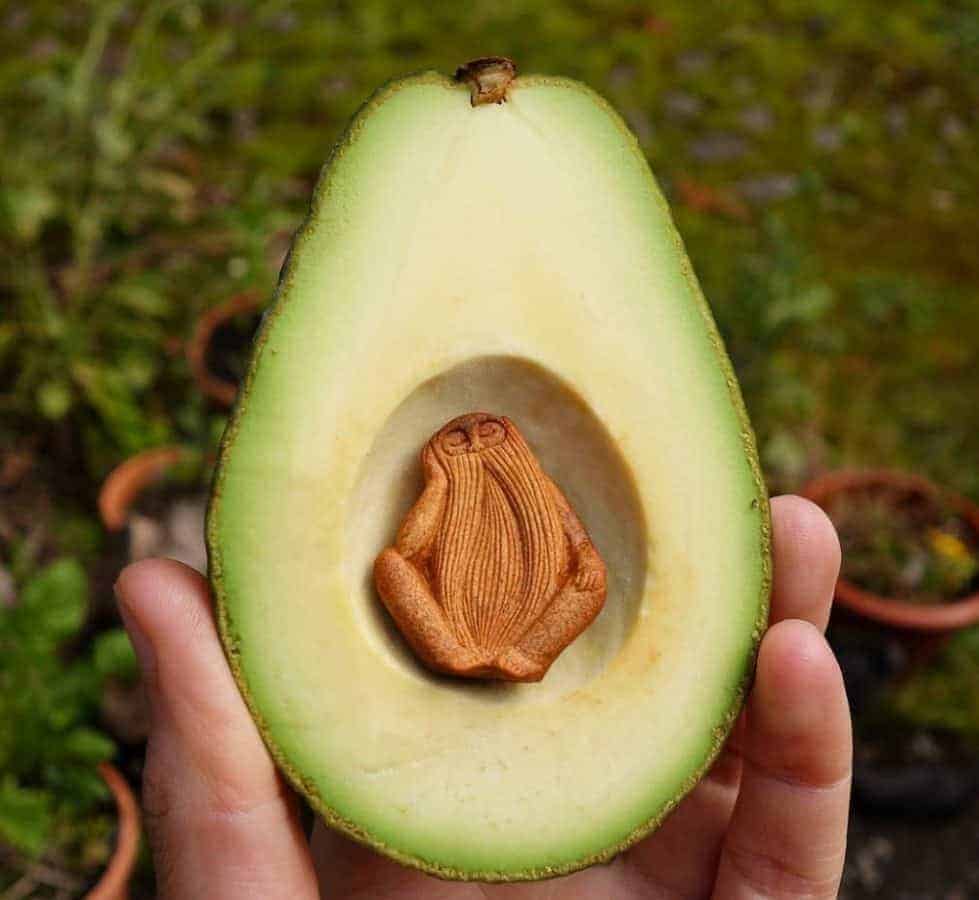 An avocado a day keeps heart disease at bay, according to new research.

The trendy fruit is packed with antioxidants that lower cholesterol, say scientists.

Most are found in the dark green flesh closest to the peel. They slow down a process behind Britain’s biggest killer.

When blood fats oxidise, or deteriorate, plaque accumulates along artery walls. This can lead to a clot – triggering a stroke or heart attack.

Nutrients in avocados delay the break down of this LDL (low-density lipoprotein), or ‘bad’, cholesterol.

Professor Penny Kris-Etherton, a nutritionist at the University of Pennsylvania, said: “Oxidation is not good, so if you can help protect the body through the foods that you eat, that could be very beneficial.”

The main ingredient in guacamole, they have been dubbed a ‘superfood’. Avocados are also said to protect against cancer and arthritis. They contain 20 different vitamins and minerals.

The most popular variety is the Hass avocado. It is often called ‘alligator pear’ as it tends to be pear-shaped and has green, bumpy skin like the reptile.

During a clinical study, overweight patients had lower levels of LDL and, most significantly, the oxidised form, after adding an avocado to their daily diet.

Prof Kris-Etherton said: “We were able to show when people incorporated one avocado a day into their diet, they had fewer small, dense LDL particles than before the diet.”

These are particularly harmful for promoting thickening of the arteries, known medically as atherosclerosis.

Prof Kris-Etherton said. “We know that when LDL particles become oxidised, that starts a chain reaction that can promote atherosclerosis, which is the build-up of plaque in the artery wall.

“Consequently, people should consider adding avocados to their diet in a healthy way, like on whole wheat toast or as a veggie dip.”

Specifically, avocados reduced both oxidised and small, dense LDL particles. Similar to the way oxygen can damage food – like a cut apple turning brown – this is also bad for the human body. It has also been linked to cancer.

Prof Kris-Etherton said: “A lot of research points to oxidation being the basis for conditions like cancer and heart disease.

“We know when LDL particles become oxidised, that starts a chain reaction that can promote atherosclerosis, which is the build-up of plaque in the artery wall.”

Previous research has suggested avocados lower LDL cholesterol, but the US team wanted to find out if they destroyed oxidised particles, the most dangerous.

Prof Kris-Etherton said: “Avocados are such a nutrient-dense package, and I think we are just beginning to learn about how they can improve health.”

Her team recruited 45 overweight and obese volunteers who first followed a two week typical American diet so they began on a similar nutritional ‘footing.’

Each then completed five weeks of three different eating regimes in a randomised, including low fat, moderate fat and moderate fat with a daily avocado.

The moderate fat diet without avocados was supplemented with extra healthy fats to match the amount of mono-unsaturated fatty acids that would be obtained from the fruit.

After the avocado diet, the men and women had much less oxidised LDL cholesterol than before the study began – or after completing the low and moderate fat ones.
They also also had higher levels of lutein, an antioxidant.

She said: “When you think about bad cholesterol, it comes packaged in LDL particles, which vary in size. All LDL is bad, but small, dense LDL is particularly bad.

“A key finding was people on the avocado diet had fewer oxidised LDL particles. They also had more lutein, which may be the bioactive that is protecting the LDL from being oxidised.”

So it is likely the fruit has additional bioactives that contributed to the benefits, saids the researchers.

Prof Kris-Etherton described the results published in the Journal of Nutrition as promising. But there is still more research to be done.

She added: “Nutrition research on avocados is a relatively new area of study, so I think we are at the tip of the iceberg for learning about their health benefits.

“Avocados are really high in healthy fats, carotenoids – which are important for eye health – and other nutrients.”

More than one in four deaths in the UK is caused by heart disease – nearly 170,000 people a year.