An imperial ruby beer brewed with a blend of the Crystal and Chocolate malts, and Fuggles, Styrian, Cascade, and Sovereign hops. 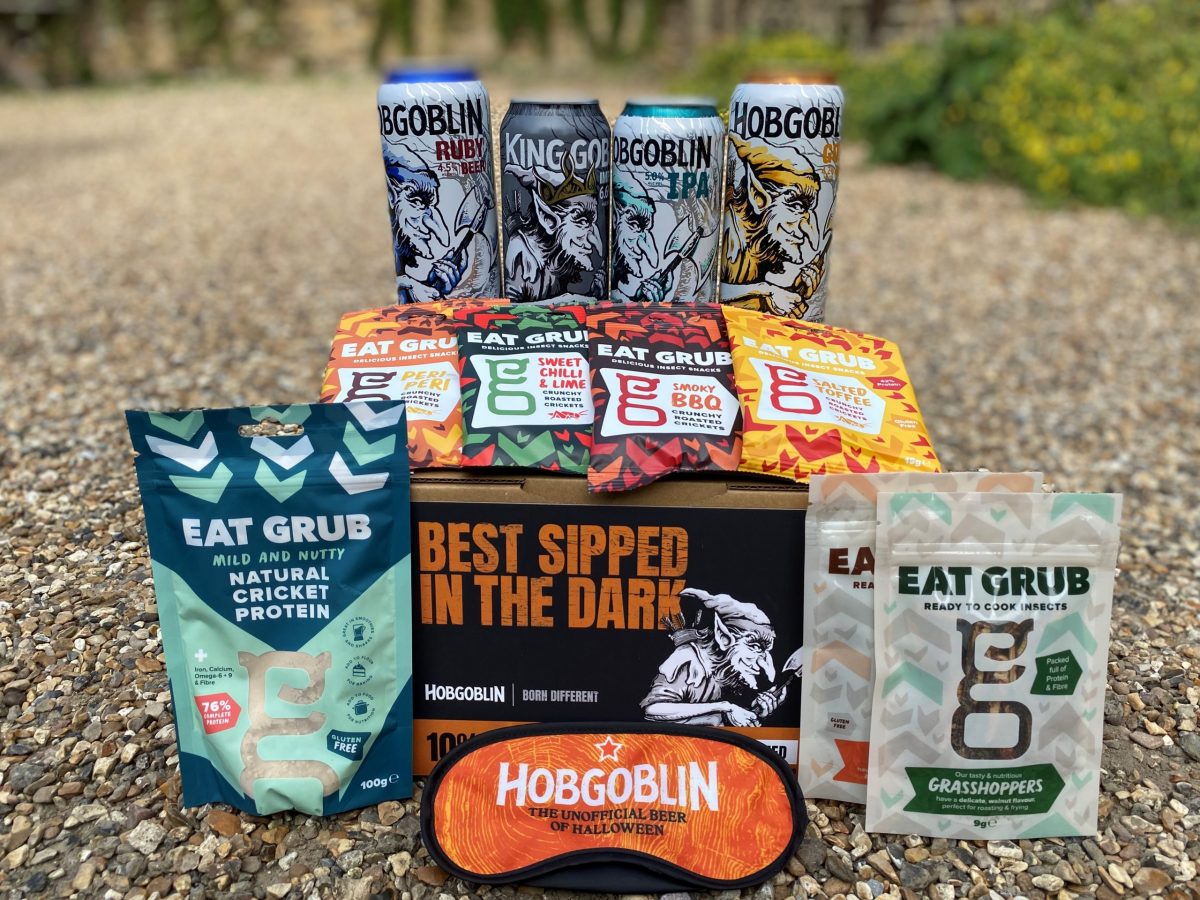 The unofficial beer of Halloween, Wychwood Brewery’s Hobgoblin has launched a 2020 Halloween campaign focussing on pairing its beers with food – specifically insects.

In the week leading up to Halloween, James Ramsden will be serving an insect-rich menu at his restaurant, Pidgin, in Hackney. For these dinners, the menu will combine three insect dishes as canapés and one as a sweet finale, all matched with Hobgoblin beers, plus a starter, main course and dessert.

On the launch of the campaign, Hobgoblin’s brand manager, Joanne Wyke, said: “Hobgoblin has always pushed the boundaries and looked to the future of food or drink, so working with Ramsden and Pidgin was a great chance to do both.

“People have paired beers before with the likes of chocolate or cheese or smoked foods or curries – but they have never looked at the future – to pair beers with insects: And we are very encouraged that sales of our new Hobgoblin Beer & Bugs Snack Pack are already flying.”

On the Pidgin dinner, James Ramsden said: “This was about pairing delicious canapé dishes, which use bugs, with some fantastic beers from Hobgoblin. Traditionally people think of wine when it comes to food pairing; but the flavour profiles in beer are so rich and varied and interesting – perfect for food pairings.

“Insects are incredibly high in protein, low in carbohydrate, low in sugar: This is not some sort of novelty experiment, because we can all learn how to appreciate the relative normality of eating bugs; after all, ultimately we are quite happy to eat things like prawns, which are really just sea bugs.”

Brewed with a blend of the Crystal and Chocolate malts, and Fuggles, Styrian, Cascade, and Sovereign hops, King Goblin is an imperial ruby beer, brewed to 6.6 percent ABV. Fruity aromas of plum and raisin join roasted malt notes alongside some herbal and floral hop presence. On the palate, King Goblin is fairly sweet with savours of toffee, treacle, caramel, muscovado and a whisper of Christmas cake, bolstered by a malty backbone and some hop bitterness that lingers on the long, well-rounded finish.