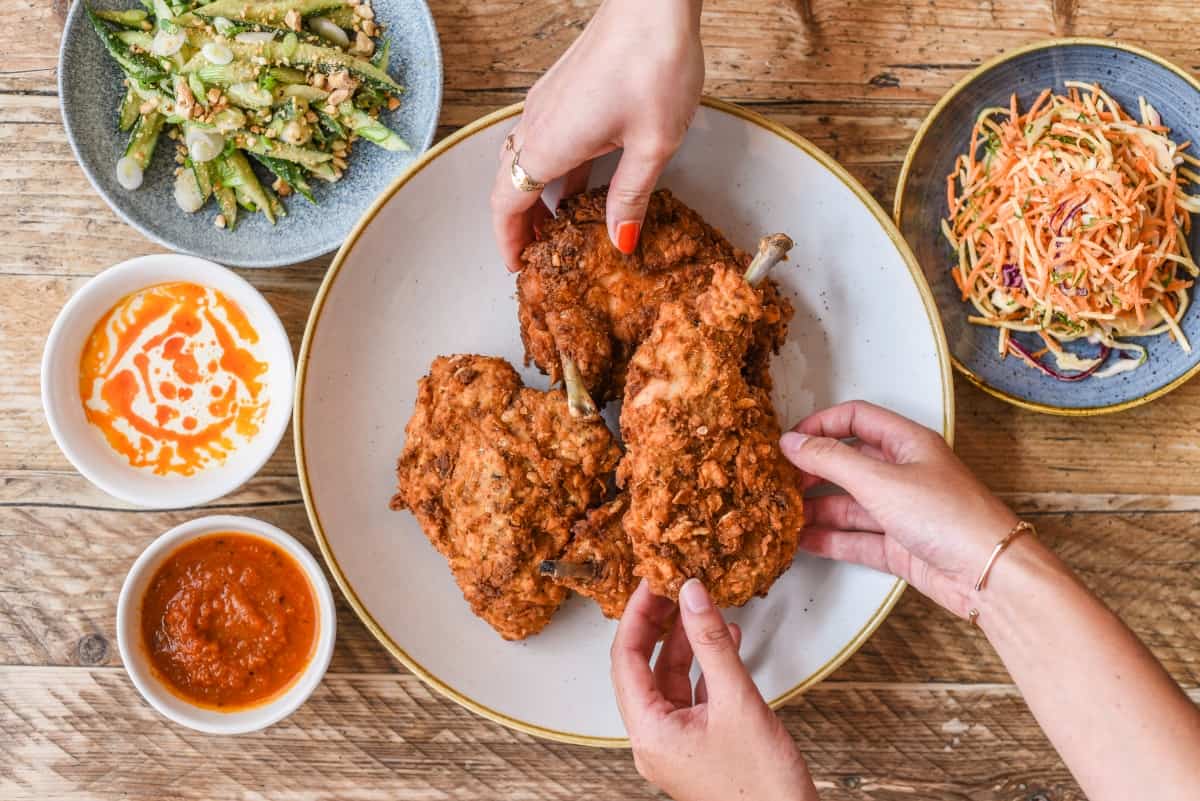 A significant talking point in London’s hospitality industry, food waste is a pressing global issue. At least one third of the world’s total food produce is discarded; enough to feed 870 million people (a figure greater than the entire population of Europe). Here in the UK, 40 per cent of all fruit and vegetables are rejected before reaching shelves, considered ugly, misshapen, too big or too small – yet they remain absolutely edible. Furthermore, recent research compiled by Which? suggests the majority of food waste in the UK comes from households, with 7.1 million tonnes (5 million of which is edible) of the 10.2 million tonnes wasted annually being discarded from homes. This averages at £70 per month for a family of four. Hospitality and the food service, on the other hand, is responsible for an additional 1.85 million tonnes of food waste, followed by an extra 1 million tonnes from food manufacturing and 250,000 tonnes from retail.

Showcasing left-over produce and hoping to fight food waste, Soho free-range chicken restaurant Whyte & Brown will host a series of sustainable supper clubs this week in partnership with LINO chef Richard Falk. Taking place on 23rd, 24th and 25th July, ‘The Humble Chicken Supper Club’ aims to rediscover the value of the abandoned and the potential behind surplus food.

Having previously worked in the kitchens of The Dairy and The Ledbury, as well as being awarded The YBFs winner in 2016, Richard Falk has created a five-course menu for each event with dishes created from surplus and unwanted ingredients from Whyte & Brown’s kitchen, with the menu inspired by the restaurant’s focus on chicken. Michael Notmann Watt, ex chef at 64 Degrees in Brighton, will also be on hand to help out in the kitchen. Tickets for each event are priced at £37 and include five courses. For each ticket sold, a donation will also be made to CALM, a movement against male suicide.

As a whole, the menu aims to raise awareness on the value of food and on the importance of what can be prepared from ingredients that would be otherwise discarded. Richard Falk hopes to prove that food waste can be successfully targeted at fast paced, casual dining restaurants. Particularly successful dishes from the supper club will also be incorporated into Whyte & Brown’s main menu in the future.

Utilising the whole chicken, Richard Falk’s menu matches seasonal flavours with somewhat unexpected pairings. On entry, guests will be welcomed with a glass of iced tea made from the site’s stems and citrus ‘carcasses’. Dinner’s first course will include brioche rolls made with the fats reserved from cooking the chicken skins at Whyte & Brown, served with seared chicken livers – the bird’s criminally underrated ingredient. A salad of gem lettuce hearts, crisp potato skins, chive tops and a cream made with parmesan rind will follow; succeeded by ricotta and herb capeletti (made from leftover milk at the coffee stations) served with chicken consommé. Dinner’s main course will include a whole fried chicken, teamed with sweet tomato relish, blue cheese sauce, salad and slaw. To finish, a vanilla baked yoghurt will be paired with a summer fruit jelly made using second grade fruits from Natoora.

On his involvement with ‘The Humble Chicken Supper Club’, Richard Falk said: “Sustainability is a very broad concept that is often attributed to food, and the paths that food takes from soil to soil, assuming the circle is complete. A supper club is an achievable and exciting avenue to test and evolve ideas within a business, both for our guests and our staff. The first steps to creating this menu was just observing the volumes of what we were going through and how it was being used. In my eyes, and that of many, many others, sustainability can be attributed far beyond consumable goods; it is about good working practice, people’s mental and financial well-being, and creating good, educational and supportive environments for staff to contribute to.”

Tickets for ‘The Humble Chicken Supper Club’ are priced from £37 and are available from designmynight.com.