Investment expert Frederick Achom investigates industry commentary on a possible no-deal Brexit and what it might mean for UK SMEs.

by Jess Young
in Business and Economics 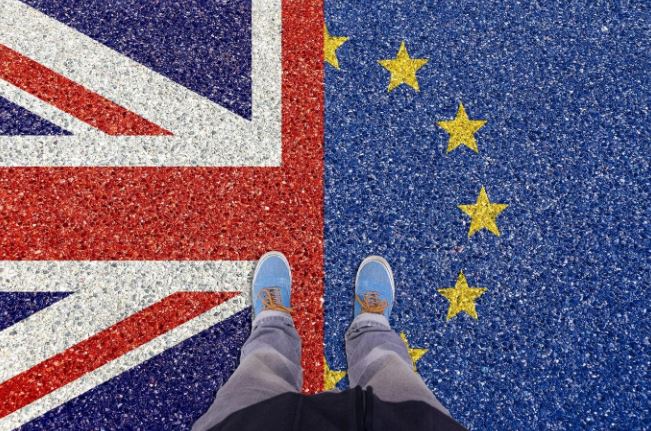 As the Brexit saga rumbles on, and the Conservative party elects a new leader, the question still remains: how will it affect business in the UK? And more specifically, given that both candidates for leader of the Conservatives, and therefore candidates for the new Prime Minister, advocate for a no-deal Brexit.

In this blog I’m going to look at some of the commentary from business leaders, politicians and entrepreneurs over recent weeks to assess how a no-deal Brexit could affect UK businesses. In particular, it’s important to work out how it could affect small and medium sized enterprises (SMEs) as these form more than 99% of the business community and are therefore key for the country’s economy.

Trade body Make UK told the Guardian that manufacturers are suffering the biggest decrease in work in almost seven years. Make UK incorporates opinions from all kinds of companies, ranging from Nissan, Toyota, Airbus and BAE Systems to Ikea, Warburtons and Lush Cosmetics.

Chief economist Seamus Nevin says that for Boris Johnson and Jeremy Hunt to ‘act tough on no-deal’ is irresponsible and demonstrates no awareness of the potential consequences for businesses. While Johnson strongly advocates for no-deal, Hunt has set his own deadline for deciding of 30 September 2019 for the final decision.

While some commenters say that the decline in activity across the manufacturing sector in May 2019 is in direct response to the previous stockpiling before the original Brexit date of 29 March 2019, the purchasing manager’s index (PMI) suggests it is not a one-off.

Businesses cutting back on capital spending

Businesses across the country continue to cut back on capital spending. The decrease in manufacturing output also reflects the general mood of uncertainty, and possible worries about trade.

The comments from Make UK are in response to Hunt’s pledges regarding a no deal Brexit, which came in response to Johnson’s apparently popular ‘do or die’ attitude to leaving the European Union.

Evidence for how a no-deal Brexit could realistically damage small businesses and SMES can be seen in Hunt’s response to the BBC’s questioning by Andrew Marr. When Marr asked him if he would be able to look people ‘in the eye’ and tell them they should prepare for going bust, Hunt replied: “I would do so but I’d do it with a heavy heart precisely because of the risks.”

Manufacturing in the UK contracts

So what do the manufacturing figures actually show us? The PMI is a monthly check on supply and demand in 19 different industries. It gives a certain feel for the economic trends of the moment, and whether manufacturing is expanding, contracting or staying the same.

The most recent figures show a contraction to 47.2 from 50.3, which is the biggest drop since October 2012. According to Make UK, businesses across these 19 major industries are reporting fewer export deals, due to confidence dropping due to Brexit. Make UK is backed up by the British Chambers of Commerce, which says that domestic manufacturing orders are the lowest for seven years.

However, official Government data shows that the country’s economy grew by 0.5% in Q1 2019. This was partly due to the stockpiling that went ahead before the original date for leaving the EU (29 March 2019). This boost is now reversing, and economic forecasters (including the Bank of England) say that overall growth stopped by Q2 2019.

There is little obvious support from the business sector for a no-deal Brexit, but it clearly can’t be ruled out. The official delay period takes the country up until 31 October 2019, following Theresa May’s request to extend Article 50.

While Johnson and Hunt battle it out for the position of Prime Minister, the EU say there is no more room for negotiation. If we do leave with no withdrawal deal, then there will be no 21-month transition period and every trade agreement the UK holds with the EU will simply stop on 31 October.

If no-deal does go ahead, the UK will revert to World Trade Organisation (WTO) rules and would be subject to external tariffs from the EU. This will increase the price of every product that is imported into the country. It’s also possible for products made in the UK to be rejected by the EU for trade. This is why some manufacturers are simply transferring their operations to within the EU.

As it stands, in many ways, business is none the wiser as to what will happen with Brexit. However, UK SMEs must continue to prepare for a potential no-deal scenario, and in the meantime continue business as usual. The Prime Minister will be announced on 22 July 2019, after which I hope we will receive more clarity on how the UK will leave the EU, and the support the Government will put in place for businesses.

Frederick Achom is a British-Nigerian serial entrepreneur and tech investor. He is the co-founder and chairman of the Rosemont Group Capital Partners