Well it appears I’m your secret chef. To protect the innocent, the guilty and myself, not quite everything I tell you will be entirely true. Being a secret chef is something I know very little about. However I have spent two decades being a private chef for High Net Worth (HNW) and Ultra High Net […] 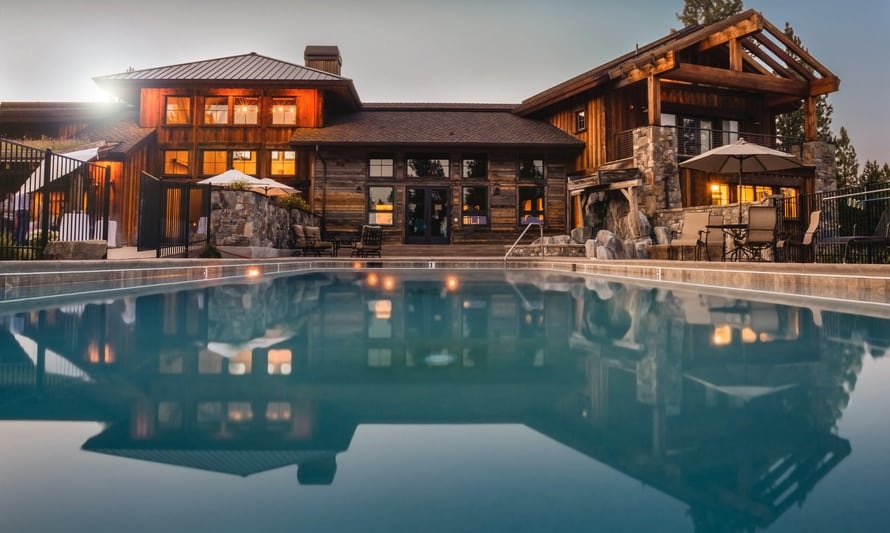 Well it appears I’m your secret chef. To protect the innocent, the guilty and myself, not quite everything I tell you will be entirely true.

Being a secret chef is something I know very little about. However I have spent two decades being a private chef for High Net Worth (HNW) and Ultra High Net Worth (UHNW) clients all over Europe and on super yachts. What I have become experienced at is keeping secrets. Being a private chef basically involves keeping your mouth shut and cooking. So let’s begin, a random odyssey through the pages of my diary.

I can’t tell you about specific clients – that’s private. I can tell you about meals, days on the road, events, disasters, successes and the crazy world of private jets and private islands.

Many years ago I was working in Rome for a Danish family. The guy I was working for was considered a bit of a rogue in the business press. I saw him as a guy who liked his food and who didn’t play particularly nicely with others. And when I say others, I mean his wife and children, in fact anyone who didn’t fall into line when he lost his temper. In other words, your standard business mogul on the cusp of becoming a billionaire.

The Rogue and I had an understanding. He would be nice to me and I’d cook him and his guests fabulous food. I’d also be someone for the children to come home to, since Mrs Rogue put a fair amount of effort into avoiding all contact with other family members. Mrs Rogue also rarely ate, so I had little contact with her. I’d occasionally be involved with her various efforts to outwit the Rogue and the Roguettes but that’s another tale for another day. The final member of the household was a small dog, bought on a whim as a fashion accessory by the oldest Roguette. The dog, the youngest Roguette and me tried to emotionally support each other, whilst the rest of the household ignored, confronted, abused and competed with each other. On one particular day we were at the family’s house above the hills in Cannes on the French Riviera.

Two very well dressed tieless gentlemen arrived at the house around 10 in the morning. I greeted them and instantly realised they were English. Old school city types, with cut class accents. The dog was always keen to meet guests and quickly introduced himself to the visitors and whilst they waited in the drawing room for the Rogue to finish a telephone conversation. I assembled some coffee and cake. When I delivered the coffee to the guests we had a perfunctory version of the ‘Brits abroad’ chat. They also told me all about their selection of hounds back home in Surrey and Sussex. Both of them were dog daft in the nicest possible way. The Rouge entered the drawing room and my role of greeter was over. I left the room and took the dog with me.

The dog was still at the stage of nuzzling out food and discarded chicken bones from rubbish. I had had to move the recycling bin twice in an effort to keep his prying nose and his insatiable appetite from ripping open the recycling. Only that morning the dog had succeeded in scattering packets that had once contained ham, all over the kitchen. But it wasn’t just food that interested the dog, he also had form chewing cashmere socks, leather Hermes key fobs and delicate silk underwear. After twenty minutes or so I returned to the meeting to remove the tray of coffees and to try to subtly find out if the visitors might be staying for lunch.

I discovered that the dog had somehow managed to sneak back into the drawing room and was on the settee cosied up between the two guests. He was looking particularly pleased with himself and appeared to be chewing something. That ‘something’ seemed to be fabric, since a tiny piece of string was hanging out of the side of his mouth. At this point the Rogue decided to be annoyed with the dog. With his pre-shouting voice the Rogue told the dog to get off the settee and come to him. The dog stopped looking pleased with himself and obeyed immediately. The Rogue, possibly worried that the dog was munching on another pair of his Saville Row socks, removed the item from the dog’s mouth.

At this moment we all realised the dog had upped his game, what the Rogue extracted was a freshly discarded tampon. The white fur all around the dog’s mouth was stained red with blood and the Rogue froze with his wife’s tampon dangling from his hand.

Not wanting to see how this was going to play out, I picked up the tray of coffee cups and left.

I later discovered that the Rouge had been asking for visitors, two highly respected venture capitalists, for €150 million to buy out one of his rivals.