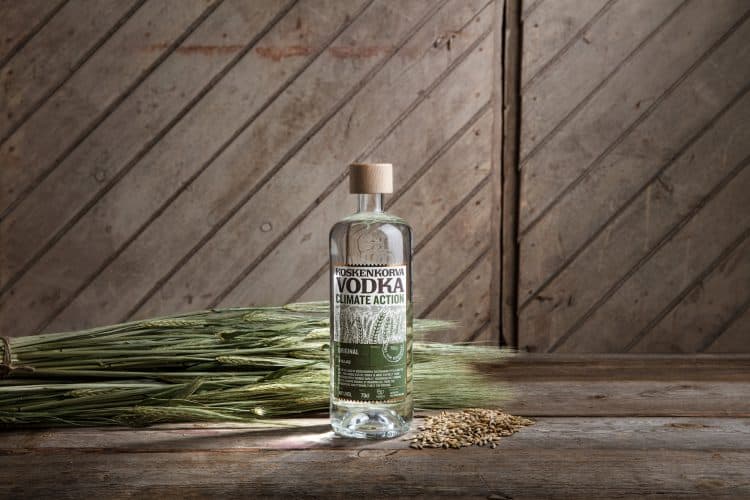 With hopes to become the most sustainable vodka in the world, and to lay claim to carbon-neutral by 2025, Koskenkorva Vodka Climate Action has launched in the UK.

A new Finnish spirit, Koskenkorva Vodka Climate Action is made from a unique method which uses regeneratively-farmed barley that helps fight climate change. At the time of writing, it’s the only barley-based vodka in the world that’s made this way, with the regenerative farming aiming to remove CO2 from the atmosphere, storing it in the ground to create carbon sinks that reduce the impact of climate change. This process also improves biodiversity, stops nutrients leaking into water bodies, and provides better crops at the same time. If all farmers swapped to farming this way, it’s believed that we could remove up to 322 billion tonnes of CO2 from the atmosphere – almost as much as we emit globally in 10 years.

With the help of non-profit foundation Baltic Sea Action Group and pioneering Finnish farmer Jari Eerola, who grows the barley, the vodka is produced by Nordic alcoholic beverage company Anora Group. At Anora, they believe life is to be enjoyed, but not at the expense of the planet.

Unlike many sustainable drinks, Koskenkorva Vodka Climate Action doesn’t have a compromised taste. Containing smooth single-estate vodka exported from the Nordics, the spirit is distilled at the award-winning distillery in western Finland, which runs predominantly on bio-energy, with an impressive 99.9 per cent recycling rate.

On the launch of Koskenkorva Vodka Climate Action, global brand ambassador, Mikael Karttunen said: “With Koskenkorva Vodka Climate Action, we are using a batch of single-estate barley that ferments a little bit differently to others, so we take a more hands-on approach in the process. You can taste the barley in the vodka, but it still has the same purity it’s becoming famous for!”

Koskenkorva Vodka Climate Action is available from stockists such as Master of Malt, The Whisky Exchange, and Amazon.