Of the few restaurants I actively choose to visit again and again, few are as charming as The Hinds Head in Bray. With less bells and whistles than The Fat Duck (or Dinner in Knightsbridge) but ritzier than The Crown, each within spitting distance of one another, The Hinds Head is the embodiment of the […] 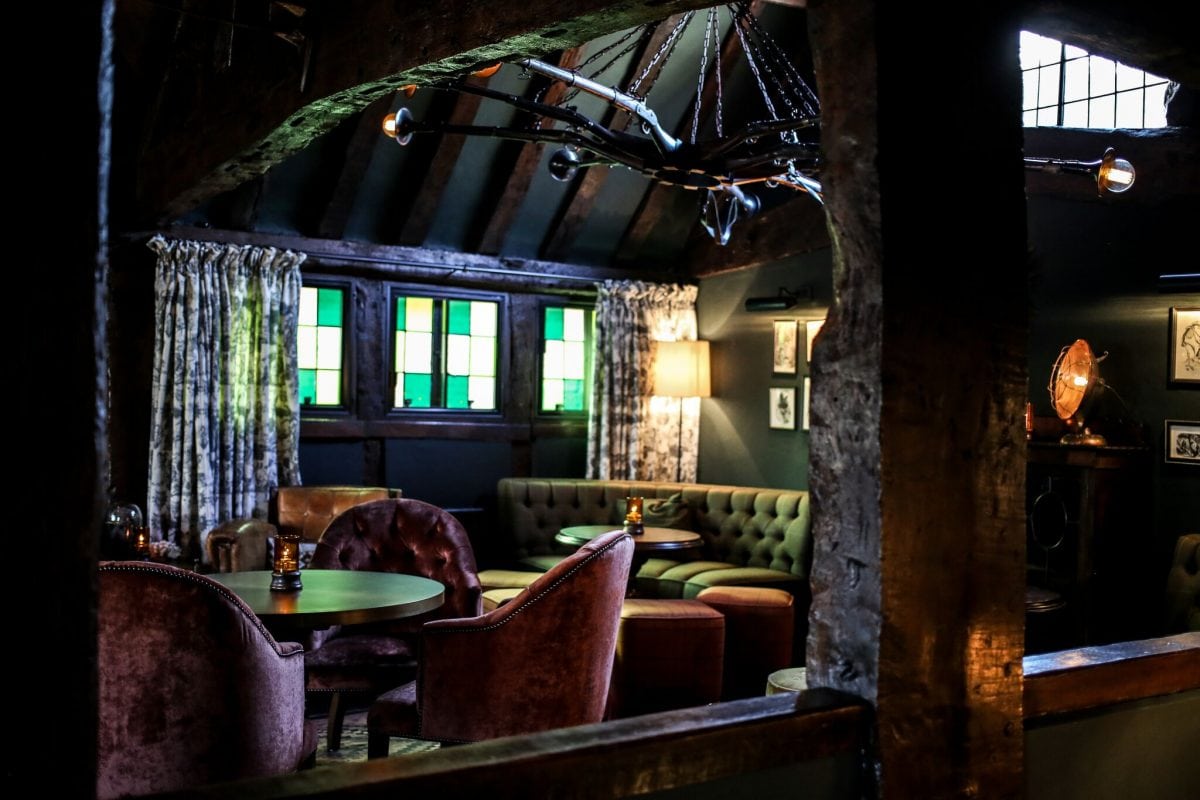 Of the few restaurants I actively choose to visit again and again, few are as charming as The Hinds Head in Bray.

With less bells and whistles than The Fat Duck (or Dinner in Knightsbridge) but ritzier than The Crown, each within spitting distance of one another, The Hinds Head is the embodiment of the quintessentially British ‘gastro-pub’, before Gordon Ramsay helped to make the ‘gastro’ prefix seem as desirable as queuing around the block for dinner, in torrential rain. My idyllic, modern-day embodiment of Orwell’s Moon Under Water, in fact, even though it’s now impossible to order a pint.

When news broke that The Hinds Head would no longer serve beer on tap after its refurbishment, I was amongst the pitchfork-wielding masses in condemning such a bold move. But on reflection, who, honestly, goes to a Michelin-starred restaurant and orders a pint of beer with their food? There’s nothing wrong with sinking a cold pint, of course, but that’s what The Crown is for, just down the road, with it’s enormous garden and terrific draught ales. First taken over by Heston Blumenthal in 2004, the 15th century coaching inn, has recently undergone a huge overhaul. Designed by Steven Saunders of Fabled Studios, the venue’s new interiors encapsulate the building’s rich history, assisted by some typically eccentric accents.

Entering from the high street, the ground floor space is considerably cosier than the previous incarnation, significantly less corporate. The main dining area is now bedecked with plush oxblood leather banquettes and low-lighting against the reclaimed Grade II listed antique ceiling beams and open fireplaces. Upstairs, ‘The Royal Lounge’ has been transformed into a cocktail bar evocative of a chic hunting lodge, filled with antique and custom-designed sofas, plus a smattering of subtle hunting ephemera. Elsewhere, the private dining room has also been redesigned, with a centrepiece bespoke banqueting table to seat 20 guests. The menu offering has also witnessed a complete overhaul, ditching the a la carte menu in favour of monthly-changing three, four, or six course set menus that celebrate British cooking.

The four-course ‘Aleyn’ menu, named in homage to Simon Aleyn, the infamous vicar of Bray, offers remarkable value at £45. An initial course of smoked chicken liver parfait was very similar in taste to Heston’s famous Meat Fruit at two Michelin-starred Dinner by Heston Blumenthal: silky with profound depth of flavour. Here, the parfait is teamed with a thin layer of sour cherry gel and peppery nasturtium leaves. The crab sandwich and soup dish is the most delicious thing eaten at The Hinds Head on this occasion. An open-face sandwich vaunting toasted sourdough topped with shredded white crab meat, dill and fennel shavings was, alone, impressive, but the soup favoured the brown meat all-too-often discarded. Although wishy-washy in texture, the soup had unexpectedly outrageous flavour, with very subtle sweet cocoa notes, I thought. A taste sensation.

More chicken came with the main course. A ballotine of roast chicken had been generously seasoned and cooked perfectly, possibly starting in the water bath and finished in the oven, joined by charred lettuce delicious with smoked bacon and bang on-season broad beans. Evidential proof that roast chicken needn’t be bland or unexciting, as I’d previously believed. Like the chicken parfait and it’s accompanying wedges of bread, dessert was irksomely served on a chopping board. A mousse of sweet white chocolate was balanced with some pink peppercorn, vaunting plenty of culinary skill yet tasting somewhat unlovable. The peanut, coffee and orange caramel ice cream was more exciting, however, before escaping onto the table.

Following its makeover, The Hinds Head has been dramatically granted new life, without detracting from the building’s history and original features. Alas, the famous oxtail and kidney pudding or triple-cooked chips are currently unavailable, but there’s still nowhere I’d rather use as an indulgent London escape, reachable within the hour.

The Hinds Head can be found at High Street, Bray, SL6 2AB.