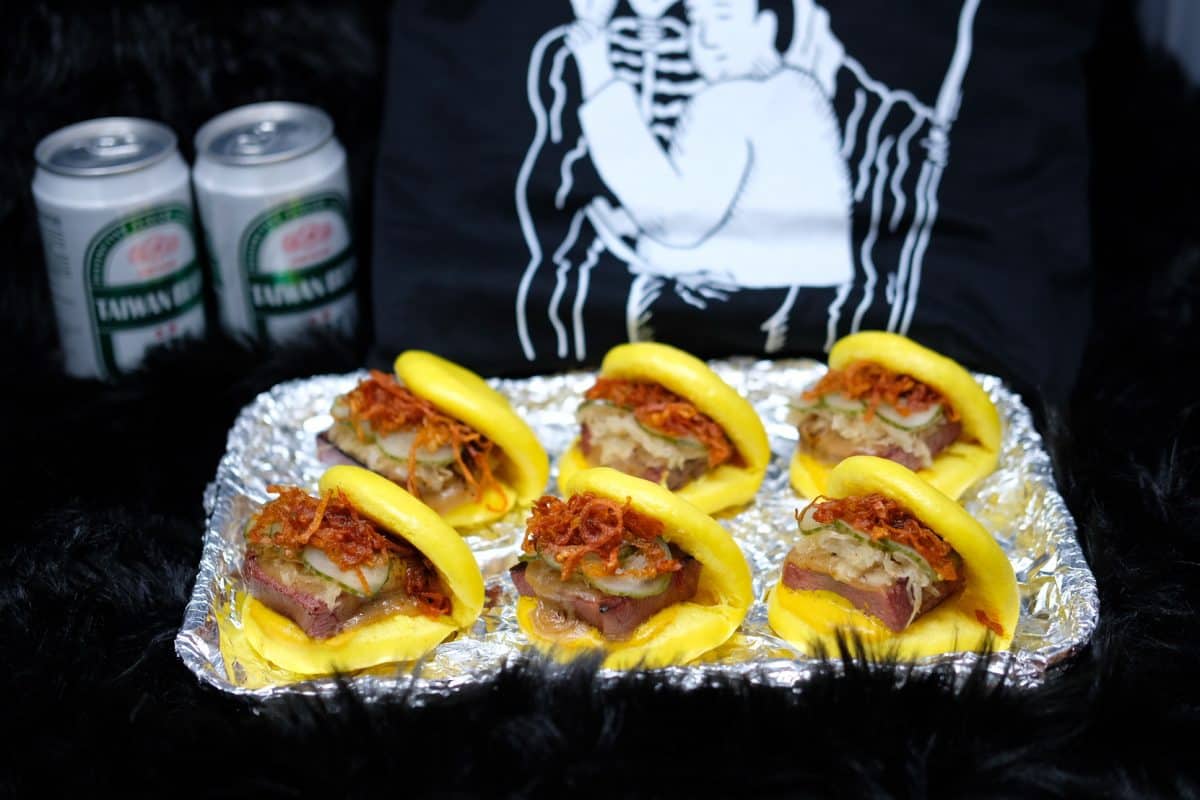 BAO has teamed up with Black Axe Mangal to launch a brand-new meal kit, limited to just 500 boxes.

Over the past year, the world’s restaurants have been forced to innovate – whether that’s meant pivoting to offer new delivery options, or implementing costly social distancing measures during last summer’s narrow window between lockdowns. One of the most prominent innovations is the introduction of DIY meal kits, first rolled out by a small handful of restaurants, the concept has now become a go-to for so many businesses in the UK, helping them to stay afloat with the hospitality industry on the brink of collapse. Not only do these meal kits tap into the booming takeaway and delivery market, they also take advantage of people’s newfound love of cooking, with so many having been forced to work from home (if at all) due to the ongoing effects of the Covid-19 pandemic.

In addition to launching Rice Error, a new delivery concept, cult-favourite Taiwanese group BAO launched an online CONVNI store last summer. Alongside lifestyle goods and merchandise, the website offers BAO Home Kits for nationwide delivery, launching two boxes featuring six of the restaurant’s gua bao, plus their classic braised pork filling with peanut powder, or a vegetarian option – panko-breaded daikon. BAO have also launched collaborative meal kits with the likes of Bleecker, and Black Axe Mangal (BAM) – a brand new ‘Made-By-You’ kit, limited to 500 units and available until the end of February or until sold out.

One of London’s most exciting restaurants, Black Axe Mangal has been “in hibernation” since the first national lockdown. Chef Lee Tiernan has also worked on some collaborations, most notably teaming up with Tabasco and Willy’s Pies, and the restaurant does promise to re-open as soon as possible, but the small size of the dining room has caused logistical issues, making social distancing almost impossible. Then there’s issue of loud noises said to cause aerosol transmission, with pubs and restaurants encouraged to refrain from playing music while open during the summer. At BAM, the music provides a huge part of the experience. It’s loud and heavy, often a compilation predominantly built on ‘80s thrash metal and hard rock classics, which seems to suit the cosy, low-lit restaurant’s atmosphere. There’s more to life than food, after all (albeit not much more).

For the new BAO x BAM Made-By-You Kits, both restaurant teams have collaborated on a new bao – six of which are included alongside a long-sleeve T shirt with a design inspired by the BAM brand, created by BAO’s Creative Director Erchen Chang, plus two Taiwanese beers.

The box’s centrepiece is a play on one of Black Axe Mangal’s signature dishes, a homage to both the classic Reuben and to Beigel Bake. These are delivered with a step-by-step recipe, simple to finish at home, for even the least competent cooks, with all ingredients pre-prepared. A steamer is ideal for the bao, but they can also be microwaved as per the instructions delivered with the kit.

Pillowy bao are vibrant yellow, filled with nuggets of ox tongue that kisses a hot pan, forming a deep mahogany crust, crowned with a St. JOHN-inspired slice of rarebit and finished under the grill. Also loaded with sauerkraut, dill pickled cucumbers, a squeeze of American mustard, and chilli-spiked crispy shallots, the Reuben BAO is best eaten side-on, like a taco or hot dog, accompanied by napkins.

Before arriving, the tongue is pre-brined and cooked, to be heated at home with the pan searing lending a new texture, ultimately making the tongue a little less challenging, even for the most squeamish of meat eaters. The texture isn’t dissimilar to salt beef, though the flavour is more intense. This is not the tongue of childhood trauma, prepared by nans across the country – unseasoned and flailing around the plate like a live eel. Instead, it’s joyously uplifting comfort food at its absolute finest. Food that makes me long for restaurants to re-open, but also makes dinner at home so much more enjoyable – ideally enjoyed with the lights off while listening to Metallica’s ‘…And Justice For All’ at full volume.

The BAO x BAM Box is available from BAO’s online CONVNI store. Nationwide deliveries are made on Wednesdays, Thursdays, and Fridays.