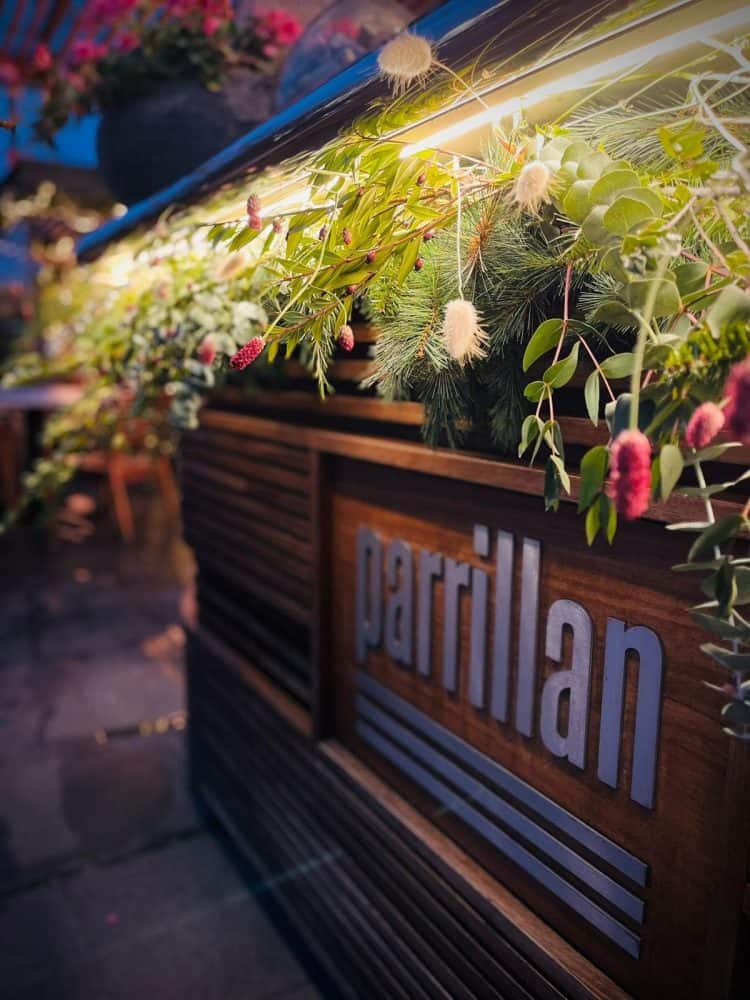 When Parrillan first opened in the summer of 2019, the setting for the predominantly outdoor restaurant was practically perfect. But without much shelter, the space was a bit of a wind trap – a slight cause for concern as winter approached, long before outdoor dining in all extremes became a necessity for so many.

Yet with British restaurants forced to exclusively host guests on outdoor tables during the end of last year, and up until this May, we’ve become fairly accustomed to outdoor dining in the UK, even though the weather is less forgiving than Spain or its surrounding islands. As such, sister restaurant to Barrafina, immediately next door to the Coal Drops Yard site, Parrillan has relaunched with a new winter incarnation rather than closing for the winter months.

With a dining style heavily inspired by C’an Pilot – a famous Ibicencan steakhouse, where Barrafina executive chef Angel Zapata Martin paid regular visits to while working in Ibiza – Parrillan also dedicates a portion of the menu to encourage guests to finish dishes at the table, using small charcoal grills (parrillas).

Those parrillas give off a good amount of heat while at the table, joining glass screens installed earlier this year to fend of rain and wind, heaters to protect from the cold, and both sheepskins and heated blankets attached to the chairs, which contribute to a cosier aesthetic. A selection of new warming dishes are also served alongside winter cocktails such as hot sangria and a Chestnut and PX Negroni.

As for the refreshed menu, the usual format remains, with dishes for the parrilla, as well as para picar, sides, and arroces for those less keen on the DIY element. A selection of daily specials are also served, which demand to be taken advantage of.

From the specials board at Parrillan, a recent dinner began with a simple platter of Cecina – Spanish cured beef that’s sliced razor thin and melts in the mouth with its gorgeous marbling and bold depth of flavour. Another hits from the specials board, escalivada featured in an example of Barrafina’s remarkable croquetas, with the sweet roasted peppers, aubergine and shallot working in perfect harmony with the crisp exterior, slicing through some of the oiliness. These joined the table alongside classics such as ham croquetas and the famous pan con tomate, rampant with garlic and drizzled with Arbequina olive oil. All essential orders.

For the parrillan, raw meat and fish selections arrived with helpful (never condescending) instructions on how to perfectly cook each element. Cooking on the parrilla isn’t only extremely simple, it’s also fun – especially ideal for early dates if the conversation dries up. Compensating for the minimal cooking that goes on in the kitchen, high quality produce is absolutely vital, as is the preparation of certain ingredients: seasoning, marinating, slicing. All of these essentials were executed superbly, with meaty hunks of tuna threaded onto a skewer, Iberico pork thinly sliced and escorted by rich aioli, and queen scallops served to be cooked on the half shell, with the delicious roe intact and lavished with ajillo sauce, rife with butter, garlic, and olive oil.

Another special of callos a la madrileña was a particular highlight at Parrillan. A long-cooked stew containing beef tripe, pig’s cheek, ears, and face, soft chickpeas, and nuggets of morcilla: a combination of heartbreakingly beautiful flavours which come together to produce something that’s both refined and warming. It’s another must try when available, alongside a slice of bread for mopping up the leftover sauce.

For dessert, a clean parrilla arrived at the table with a handful of soft marshmallows to be toasted at the table and sandwiched between thin, buttery chocolate chip cookies. A simple, thrilling finale steeped in nostalgia. Proof that good food needn’t be overly fussy, that barbecuing isn’t solely for the summer, and that Parrillan remains one of the city’s most enjoyably quirky eating out experiences.