From the newsletter: BT Sport's attempt to deal with the Michael Vaughan affair is clumsy and disappointing. 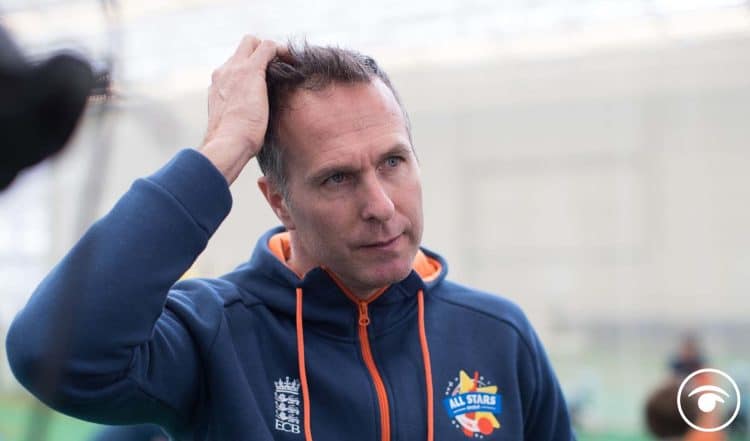 Good morning. Omicron-willing, the Ashes starts next week. At midnight on 8th December – that liminal space between Tuesday and Wednesday – thousands of us will switch on our televisions to see England and Australia take to the field in Brisbane. Ashes series Down Under occupy a singular place in the English cricket fan’s psyche. They conjure memories of late nights and early mornings. Blindingly bright sunshine and garishly green outfields illuminating dank December living rooms. Waking in the middle of the night and clumsily groping at the radio to switch on Test Match Special. Macho, moustached Aussies. Sunburned, sozzled Brits. Hope, expectation, disappointment.

This year the festivities will be broadcast by BT Sport, who plucked the series from Sky a few years back. Given the tumultuous times in which we live, BT is not sending its own commentary team Down Under. Instead, it had planned to pick up the feed from Australian host broadcaster Fox Sports – which is less cricket commentary, more an hours-long exercise in nicknaming and teeth-whitened blokery. Except, this year, there’s a spanner in the works in the shape of Michael Vaughan, who is signed up to work for Fox despite being dropped by the BBC due to his involvement in the ongoing investigation into institutional racism at Yorkshire.

We need not relitigate the accusations levelled at Vaughan, nor the ham-fisted way in which he has responded. Instead let’s focus on BT’s plan to deal with Vaughan’s presence on Fox’s feed. On Wednesday, the network announced it was planning a “hybrid approach”, “using Fox commentary where possible with the aim of putting our own commentary team in place if necessary.” BT, it seems, will take Fox’s coverage – but then cut back to the studio in England and take over whenever Vaughan is on air.

It’s a solution which, from where I’m sitting, doesn’t feel like a solution at all. How does airbrushing Vaughan from existence advance the cause of anti-racism? Loathe as I am to use a phrase habitually deployed by morons, the network’s response to the farrago smacks of virtue signalling. If you really care about racism in cricket, say something about it. Rather than pretending the man doesn’t exist, take a stand: tell your viewers what he’s accused of and explain the context. This fudge is the worst of all worlds. It is a cowardly, corporatist response which places keeping imaginary customers onside above doing what’s right.

That, sadly, is what cricket specialises in. In the weeks since Azeem Rafiq’s testimony in Westminster, the sport has contorted itself into all sorts of unseemly shapes in an effort to prove that it is, in the England and Wales Cricket Board’s parlance, “a game for everyone”. Yet, all too often, those contortions seem driven not by a real desire to change the twisted pathways which have unlevelled the sport’s playing field, but by focus groups, marketing strategies and soundbites. Last summer, that manifested itself in England’s players observing a ‘moment of unity’ before matches – and players donning anti-discrimination T-shirts featuring slogans like ‘Cricket Against Ageism’. Tom Harrison, at the Rafiq hearing, spoke of “initiatives”, “listening work”, “activators”. The organisation revels in “action plans” and “strategic reviews”.

BT has a chance this winter to do things differently, to confront the complicated and confusing mess in which cricket finds itself with integrity and openness. Instead it seems poised to do the opposite. For a sport in desperate need of a dose of self-reflection, that is a real shame.