By Jonathan Hatchman, Food Editor, @TLE_Food If some sort of culinary prohibition were introduced, limiting each national cuisine to be served only within its own motherland and thus forbidding any nation to serve even the slightest morsel of foreign food – would you choose to stay in Britain? It’s a question I’m asked surprisingly often, […] 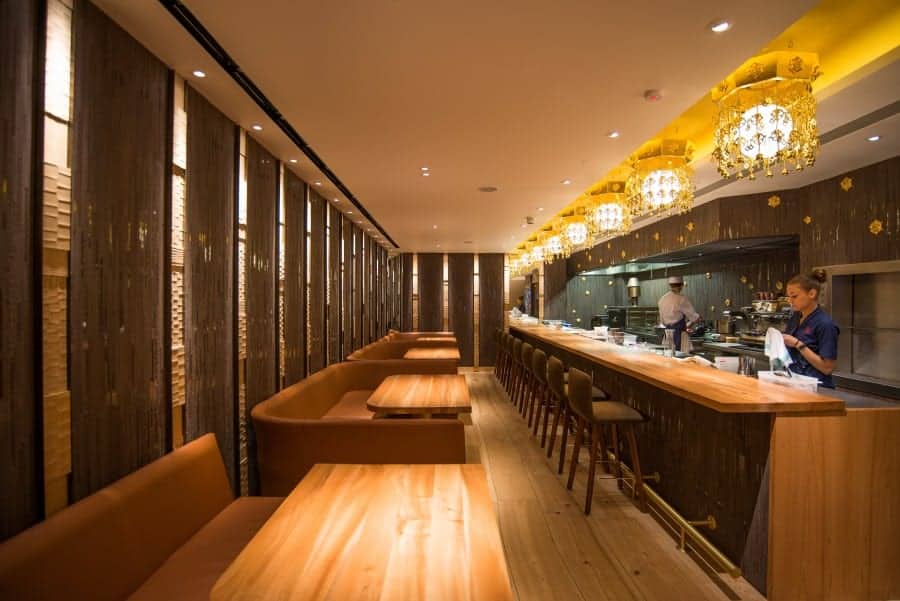 If some sort of culinary prohibition were introduced, limiting each national cuisine to be served only within its own motherland and thus forbidding any nation to serve even the slightest morsel of foreign food – would you choose to stay in Britain? It’s a question I’m asked surprisingly often, and my answer always ventures along the lines of applying for an ID card and boarding the first one way 12-hour flight to Tokyo. Yes, I’d miss a number of succinctly British dishes, American comfort staples, French decadence, and so on – but there’s something about Japanese cooking, or often lack of cooking, that’s always excited me.

My earliest memories of Japanese cuisine span back to sushi restaurants that entice customers with a conveyor belt stacked with artfully presented, masterfully skilled dishes, like a super-supermarket of sorts, albeit without the presence of an aggressive robot that demands for items to be placed into the bagging area. There is, nonetheless, far more to Japanese food than a hypnotic train of raw fish and rice that’s so exciting: the sharp precision and attention to detail, the encouraged use of chop sticks, fresh, raw fish that tastes far superior to anything cooked, brackish soy sauce and citrusy ponzu, glutinous rice, lightly battered tempura vegetables, hearty bowls of broth-soaked noodles, and some of the finest whisky and beef known to man – all of which is just the tip of the iceberg. And with so many high-end Japanese restaurants constantly opening their doors across the capital, it comes as no surprise that the number of Michelin starred Japanese restaurants in the world has overtaken France and their numerous temples of haute gastronomy.

Having opened towards the end of last year, Tokimeite on Mayfair’s Conduit Street is the second London venture, and latest opening from Japanese Chef Yoshihiro Murata – with three restaurants in Japan that boast a collective 7 Michelin stars. Set across three floors the space’s typically high-end Japanese restaurant interiors were devised by acclaimed designer Yasumichi Morita, with each of the floors’ décor “inspired by the traditions of Japanese crafts and festivals.” Upon a recent lunch visit, we found ourselves seated on the fire-inspired ground floor, perched at the counter-cum-open kitchen as is growing particularly fashionable. Japanese restaurant counter dining is often the most exciting, by far, alas on this occasion, the kitchen was surprisingly quiet during our mid-week lunch visit, and the only live cooking displays were in preparing our own ordered dishes, none of which appeared to have been compiled with any particular theatre.

Tempura Moriawase – a selection of lightly battered and deep-fried vegetables and a few prawns arrived towered like the arches of Notre Dame. Although looking magnificent with various shades of green and pink slightly permeating the rich golden batter, everything on the plate tasted exactly like the oil it had just been fried in, and nothing more. A bowl of steak tartare was better, made using Japanese Wagyu beef – a type of cattle fed on rice and beer, and gently massaged. The end result is beef that’s texture is second to none, as is the price – especially for Wagyu straight from the source – juxtaposed to the still expensive Welsh-bred Wagyu. While the meat’s to-die-for texture is often lost within the mincer, this hand chopped pile of raw steak was combined with tiny chunks of cucumber to add some freshness and scattered with a bed of chopped chives, all atop a bed of wasabi and yuzu sesame sauce.

For the mains we both opted for creatures from the sea, as is what Japan are most traditionally famed for, although the sheer amount of steak on the menu would suggest otherwise. Both dishes worked in delicious harmony with a bottle of light Italian Barbera, a wine that, although one of my companion’s favourites, the sommelier quite peculiarly fought to divert our attention from. Albeit more traditional as a first course initiation, I opted for a platter of fresh, clean sashimi, arriving as a vessel overflowing with 10 (five varieties) perfectly sliced slivers of raw fish. While the dish doesn’t particularly require a huge depth of cooking skill, a mountainous heap of crushed ice disappointingly kept the fish from being eaten at the desired body temperature, compared to fridge (or freezer) cold. A more suitable main course, my companion opted for the Chilean sea bass – a stage name for Patagonian Toothfish, which has become remarkably overfished and is thus in grave danger of full disappearance from the sea. A thick tranche of fish was cooked very well, indeed, yet the overall dish was under seasoned and unexceptional, delivering less amazement than the price in excess of £30 implied. Not usually one for desserts, I took the chef’s recommendation of green tea panna cotta, artistically prepared right before our eyes, served in a dish with a lid and intricately topped with all sorts of fresh berries and pretty foliage, blending a hint of green tea bitterness with a pleasant, subtle sweetness.

There’s nothing particularly wrong with Tokimeite: the service is efficient, the elegant yet informal ambience is refreshing, and the food is generally satisfactory. The only real issue is the fact that most dishes ordered fell into the trap of being extravagant on the eye, yet plain and slightly underwhelming on the palate.

Tokimeite can be found at 23 Conduit Street, London, W1S 2XS.