One of Mayfair's few Turkish restaurants. 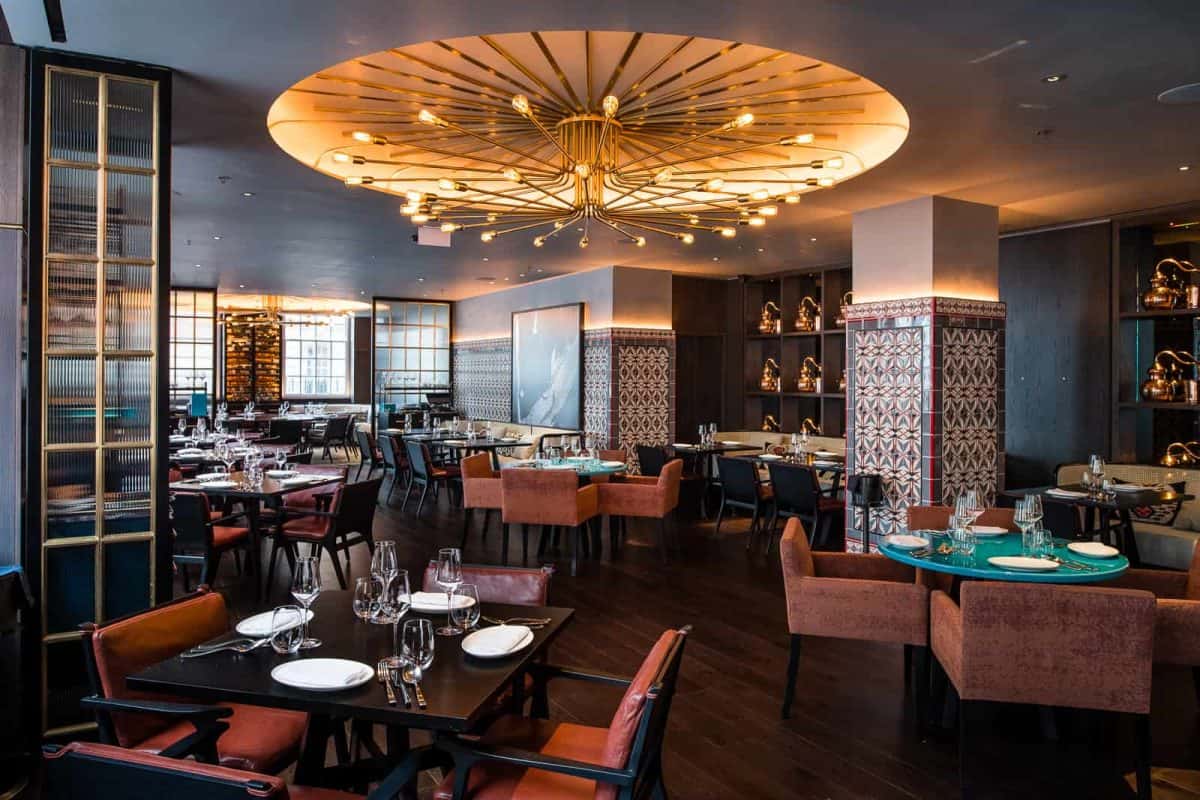 Anatolian cuisine is the focus of a slight renaissance in Turkey at the moment. Until relatively recently, there were only two types of Turkish restaurant in Istanbul and the wider region of Anatolia: casual establishments serving rustic, home style food, or fine dining restaurants with more nods to European cuisine than the Michelin Guide. Disappointed with this whitewashing of categorically Turkish cuisine, a new wave of chefs has recently spearheaded a movement of New Anatolian, quietly revolutionising traditional local food, slightly polished and redeveloped for a fine dining environment.

Meanwhile, back in London, Turkish fine dining is yet to really catch on. After all, most Brits continue to ignore the fact that there’s more to Turkish food than kebabs. Of course, kebabs are great, but they’re not the be all, end all of the country’s national cuisine.

One of the very few Turkish restaurants in Mayfair and the surrounding area, Rüya operates from The Grosvenor House Hotel, next door to Corrigan’s Mayfair. Following the success of the original in Dubai, the London restaurant opened last year. Inside, the space is grand and unmistakably opulent, set over a series of interconnecting, open-plan rooms set out like a long, narrow corridor. Past the bar area and three separate kitchen areas, the dining room is spacious with tables well-spaced, festooned with plenty of dark wood, clean tiling, brass detailing and plus velvet upholstery. Wafts of aromatic spices and freshly-basked bread fills the air while low lighting at dinner compensates for the sheer scale of the space (capacious enough for over 100 covers) and service is attentive.

As for the food, Rüya’s menu is inspired by the feasting tradition of Anatolia, stretching from the Mediterranean to the Black Sea. High-end dishes are priced accordingly, with the menu split into a melange of smaller plates intended to be shared, as is customary in 2019. While navigating the colossal menu, a number of small dishes are available to snack on. Isli Patlican was a dish of thin aubergine crisps, generously seasoned and accompanied by a silky aubergine puree. A simple, delicious dish washed down with a selection of the bar’s innovative cocktails championing the seven regions of Anatolia. The ‘Ottoman Old Fashioned’ (£16) was a rich, short drink comprising Bulleit bourbon, embellished with tobacco, dates and bitters.

From the starters heading, Rüya’s börek (£10) wasn’t particularly revolutionary but a well-executed rendition of the classic dish, nonetheless, filling brittle filo pastry with sharp feta cheese, plus a suggestion of carrot, courgette and walnut. Lamb manti were a highlight, however, with painstaking attention to detail paid to each thumbnail-sized dumpling bathing in a decadent sauce of tomato, yoghurt and roasted garlic. Even better was a pide with aged Kasar cheese (£16), with the crisp edges rolled into a boat shape, capped with a viscousegg yolk for one last flourish of glorious insalubriousness in harmony with the melted cheese. A must-order. The restaurant’s vegetarian riff on a lahmacun (£15) was also notable, with the thin bread sandwiching smoked aubergine and fistfuls of roasted garlic.

From the menu’s wide selection of kebaps, the Adana kebap featured a solitary kofte over a sheet of wafer-thin flat bread, some delicious burnt tomatoes and slivers of raw onion. The lamb was of a distinguishably high quality, deftly grilled and generously spiced – practically exemplary, as expected when considering the price. Location and quality aside, £25 is an astonishing mark-up for a kebab, even after the most riotously decadent of nights out. Another vegetarian dish, mantarli keskek (£28) was a huge dish of pearl barley cooked and served in the style of a good risotto, embellished with complementary flavours of wild mushroom, truffle and sage. On the side, a Turkish spoon salad (£11) brought unexpected joy, with intricately chopped dice of cucumber and tomato enlivened by a vibrant pomegranate dressing.

Following this indulgent feast, the premise of dessert was overwhelming (as compelling as the giant kunefe appeared) much to the clearly expressed disappointment of the kitchen staff. A real shame. With sharing dishes somewhat larger than typical and with such a range of interesting dishes available, it’s easy to over-order and leave feeling full and – ultimately – satisfied, if not too deterred by the prices synonymous with high-end Mayfair hospitality.