According to the people of Tripadvisor, Green Pea is London’s best Irish restaurant – a bistro and wine bar in an East Greenwich pub, just a stone’s throw from my home. Trumping the likes of iconic Irish Pub Waxy O’Connor’s, Green Pea is also joined by various branches of O’Neils (the chain pub) also within […] 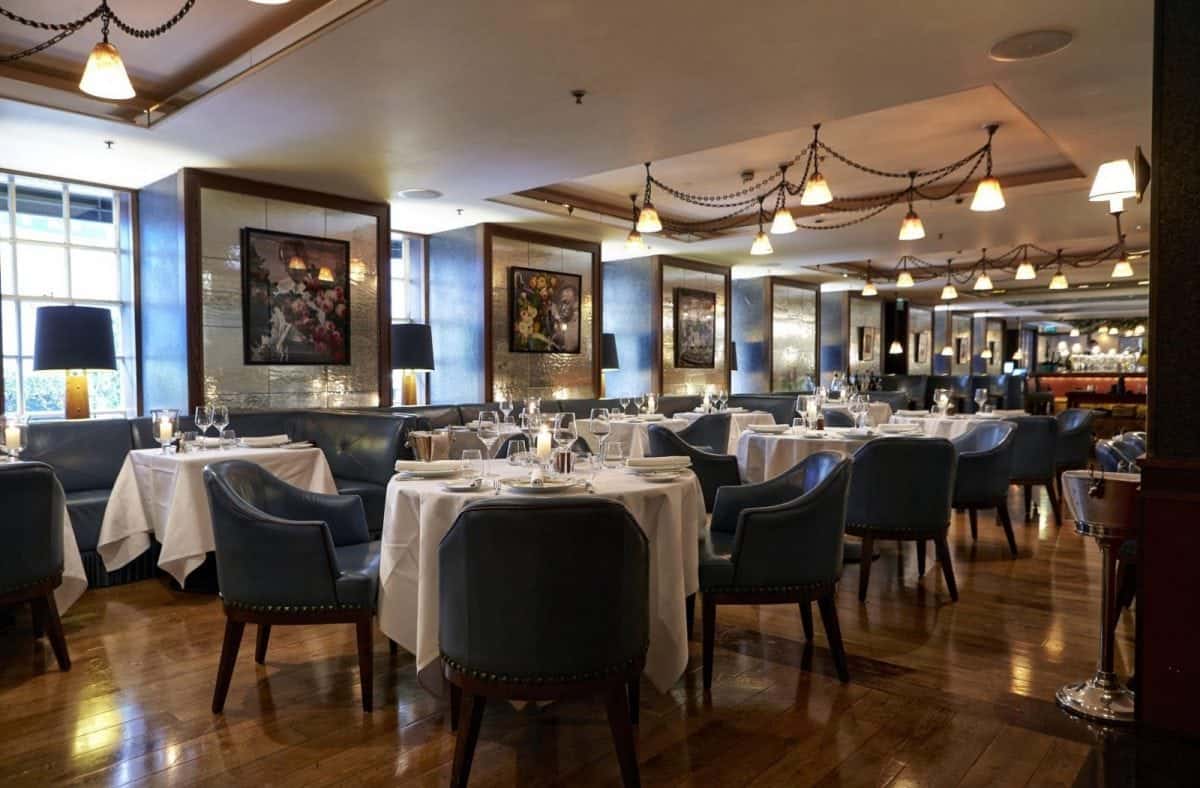 According to the people of Tripadvisor, Green Pea is London’s best Irish restaurant – a bistro and wine bar in an East Greenwich pub, just a stone’s throw from my home. Trumping the likes of iconic Irish Pub Waxy O’Connor’s, Green Pea is also joined by various branches of O’Neils (the chain pub) also within the top five.

It would be unfair to criticise the TripAdvisor users’ choices – I mean how many people can be entirely mistaken in waxing lyrical about such a place? It may also seem unfair for me to regard the ‘bring your own bottle’ policy as the restaurant’s only redeeming quality. Alas, it’s the complete truth.

Tucked away on Mayfair’s Grosvenor Street, Richard Corrigan’s eponymous restaurant isn’t so much of an Irish restaurant, but a quintessentially British restaurant owned by an Irish chef. And it’s a generally very good one, at that. Past the old-fashioned doorman and through the bar soon to be re-launched as Dickie’s Bar, Corrigan’s Mayfair, above all, clings on to a notion of glamour from a devastatingly bygone era. Yes, the table linen is snow white and heavily starched, but elsewhere, the lighting is sympathetic with plush sea blue blanquettes both luxurious and comfortable, overlooked by portraits of iconic jazz and blues musicians. What’s more, the service is less stuffy than expected, and perhaps unsurprisingly, a number of trollies are on hand, brandishing various cheeses or digestif spirits.

On the menu, Richard Corrigan’s food is heavily steeped in classic British cuisine, though the food is never boring – as we’ve become globally stereotyped. Constantly changing with the seasons, Heirloom tomato and burrata salad, for instance, is an ingredient led dish but is well-balanced with umami black olives against sweet tomato and basil, each contrasting silky discs of burrata cheese. Carlingford Rock oysters, here, are available either naturally cultivated (served with tabasco and lemon on the side) or with a Vietnamese dressing of soy sauce, shredded spring onions, ginger and a smattering of chilli. The Vietnamese dressing is pleasant, though it overwhelms the flavour of oyster, as well as making the molluscs difficult to slurp down in one.

A main course of sea bass vaunts a tranche of pan-seared fillet accompanied by razor clams, creamy salsify and pickled pears, which complement the fish extraordinarily. Not only is everything on the plate cooked properly, the interplay of contrasting textures makes the dish taste really quite remarkable. A token seasonal pigeon dish that makes use of perfectly-pink breasts with crispy skin and legs roasted into luscious gamey lollipops is also delectable. Once more, it is a simple dish yet the cooking is faultless and the provenance of the ingredients showcased is simply astounding.

No less, usually one to avoid desserts (or to opt for the cheese, as we did for a gluttonous forth course) the rhubarb crumble soufflé is the best thing eaten here. A welcome retreat from classic chocolate, banana or pistachio – the soufflé at Corrigan’s Mayfair makes use of my personal favourite vegetable. Coating the ramekin with crumble topping, this gives the soufflé an additional depth of texture, while the taste is sheer decadence, combined with a perfectly risen soufflé flecked with hunks of poached rhubarb, leaving absolutely no residual taste of egg white. Additionally, an accompanying ginger custard has a piquancy that works in harmony with the tart rhubarb and serves as distant refuge from the skinned, wallpaper paste custard of school dinners, thankfully.

Perhaps needless to say, the cheese selection at Corrigan’s Mayfair is also impressive, vaunting a number of British and Irish cheeses, glamorously presented and served from a classic trolley. Fitting with the overall ambience here, service that’s efficient but never overbearing and, of course, the high-quality food served: Corrigan’s Mayfair is a rare breed of high-end restaurant that refrains from favouring style over substance.