Following the warm reception to his first solo venture on Bermondsey Street, Spanish chef José Pizarro has since opened two additional London restaurants and plans to takeover a pub in Esher, Surrey. Formerly occupied by Claude Bosi, the Swan Inn will re-launch as a ‘Spanish pub’ next month, with José intending to bring the best […] 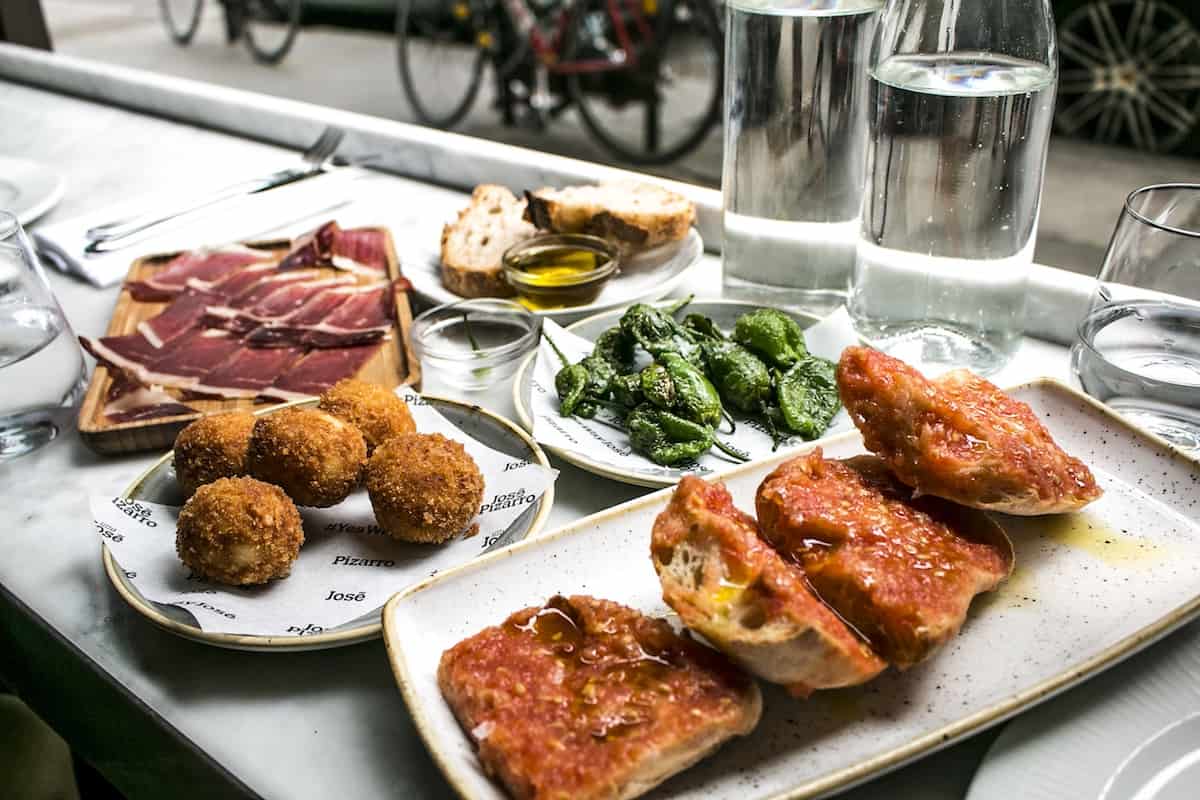 Following the warm reception to his first solo venture on Bermondsey Street, Spanish chef José Pizarro has since opened two additional London restaurants and plans to takeover a pub in Esher, Surrey. Formerly occupied by Claude Bosi, the Swan Inn will re-launch as a ‘Spanish pub’ next month, with José intending to bring the best of his London restaurants while maintaining a British pub feel. Signature tapas dishes will feature on the menu alongside a selection of classic pub dishes with a ‘José twist’.

Closely following the launch of José Tapas Bar in 2011 – having previously worked as Head Chef at Eyre Brothers and Chef-Patron at Tapas Brindisa – Pizarro opened on the same street, eventually trailed by Jose Pizarro on Broadgate Circle. While José Tapas Bar is a decidedly intimate operation, with space for just 12 covers, Pizarro is styled as more of a sit-down restaurant, still specialising in championing the best in Spanish produce predominantly showcased through a selection of small, sharing plates. Inside, the space is designed around a bar which separates the busy open kitchen from the dining room festooned with dark wood, blue and white tiles, some booth seating and window seats which peer out onto the church of St Mary Magdalen. A recent lunch began with a gin and tonic featuring Spanish Gin Mare, served in a fishbowl glass and garnished with pomegranate, quickly followed by a plate of Jamón Ibérico slivers. Albeit expensive at £14 for 30 grams, the ham has matchless provenance. A type of Spanish cured ham, Jamón Ibérico is often considered a national treasure, produced from the hind legs of black Iberian pigs raised free range in the meadows of south-west. The highest grade of Jamón Ibérico (Jamón Ibérico de Bellota) features pigs fed entirely on acorns towards the end of their lives. Transferring its unique properties to the ham, the fruit is comprised of carbohydrates and oleic acids which, in turn, contribute to a relatively healthy nature which helps to regulate humans’ metabolism and has been linked with reducing LDL cholesterol and preventing cardiovascular disease.

Established in 1879, Cinco Jotas in Jabugo supplies Pizarro, only using purebred Ibérico pigs, relying on a team of veterinarians and experts in animal husbandry to source and care for the 100 per cent Ibérico pigs. Arguably the best-known Spanish ham in the world, pure Jamón Ibérico de Bellota 5J differs from the rest of the global produce, based on unique texture and incomparable flavour. The acorn-fed Jamón served at Pizarro has a delicate, slightly salty flavour with nuances of sweetness complete with consistent flecks of intramuscular marbling, with the high fat content lending a rich, outstanding flavour profile.

Superlative croquetas de bacalao (£6.50) followed: a clear specialty of Pizarro, the croquetas were filled with soft, salty cod with a delightful mashed potato consistency contrasted by crisp, golden breadcrumbs. The ‘Bermondsey Bomba’ (£6.50), on the other hand, is an interesting play on La Bomba de la Barceloneta – a classic Catalan tapas dish – featuring a cricket ball of delicately spiced minced beef ensnared by mashed potato, again breaded and fried; crowned with a dollop of glistening aioli and tomato sauce with an incendiary whack of spice. Butifarra negra and pulpo (£15), on the other hand, reads as one of the menu’s most exciting submissions. Here, a Catalan sausage similar to black pudding was joined by a generous octopus’ tentacle and black squid ink sauce. While the butifarra negra brought plenty to the dish, the octopus would benefit from a little more char to mask the slight sliminess.

Far better was a main of Presa Ibérica (£15 per 100 grams), again using 5J pork fed entirely on acorns, but presenting a cut from above the shoulder. Available per 100 grams (with a minimum order of 500), the pork is superlatively cooked; heavily charred yet still blushing, served medium-rare alongside a selection of seasonal greens, potatoes and an optional extra of roasted butternut squash intensified by a whisper of cumin and honey (£4). To follow (it’s unlikely that dessert will be necessary) a small pot of intense chocolate mousse with salt and olive oil (£6) was capped with a Gin Mare biscuit: an elegant conclusion to lunch at one of London’s best Spanish restaurants.

Pizarro can be found at 194 Bermondsey Street, London, SE1 3TQ.