A council has defended its decision to put an advert directed at EU citizens on bin lorries – which say ‘this is your home’. Tower Hamlets Council in east London launched a “reassurance campaign” in January to support its non-UK EU citizens living in the borough – that appears to they live in the bin. […] 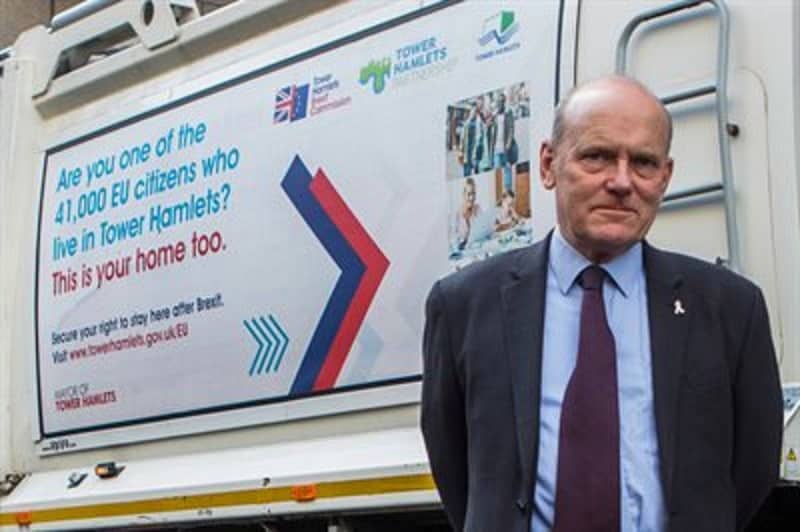 A council has defended its decision to put an advert directed at EU citizens on bin lorries – which say ‘this is your home’.

Tower Hamlets Council in east London launched a “reassurance campaign” in January to support its non-UK EU citizens living in the borough – that appears to they live in the bin.

The ad in question, pictured slapped across a truck full of rubbish, said: “Are you one of the 41,000 citizens who live in Tower Hamlets?

“This is your home too. Secure your right to stay here after Brexit.”

As the deadline for Brexit approaches council workers have been putting ads up around the borough encouraging those residents to apply for settled status.

People were quick to point out the ad could be misconstrued to mean the bin lorry was the ‘home’ in question.

Comedian Milo Edwards tweeted: “Now, call me crazy, but maybe garbage trucks weren’t the best place for the ‘EU citizens, this is your home’.”

Some joked it was a “touching sentiment” from the council. 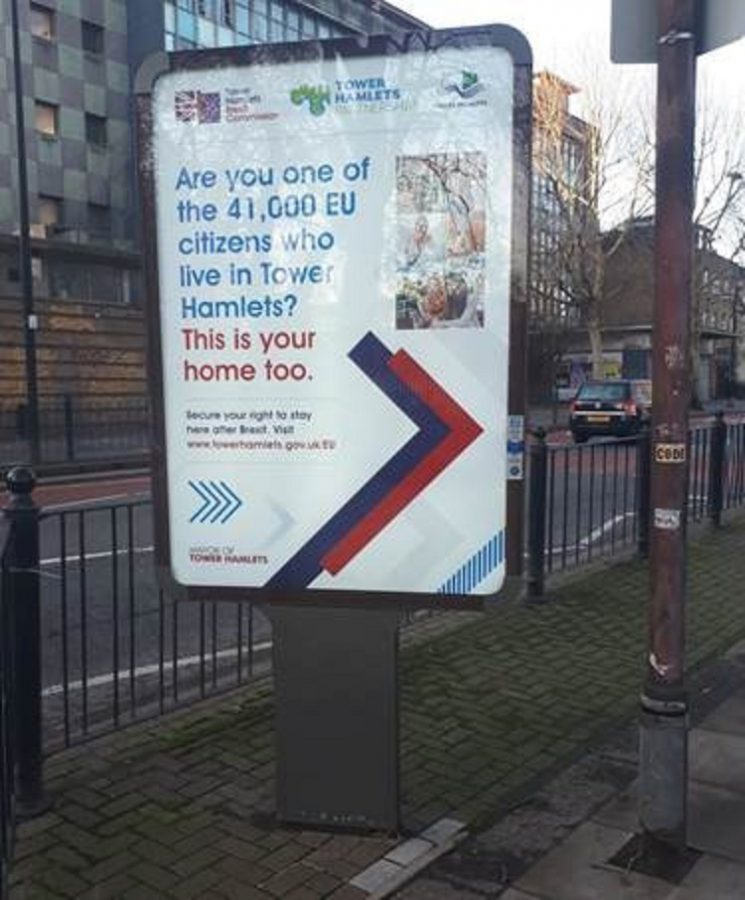 Local Conservative councillor Peter Golds said: “Tower Hamlets Conservatives were saying exactly that when we first saw the trucks and sought information as to the cost.”

The council responded to the tweet and said: “Hi Milo, this campaign has been well received by our many EU residents.

“We can use our bin lorries and street panels to promote these messages at a fraction of the cost of expensive commercial billboards – saving taxpayers’ money!”

A spokesman for the council said: “Our ‘this is your home too’ campaign has been running since January and has had a very positive reception from partner organisations, groups representing EU citizens and most importantly, our residents.

“As a council, we are proud to be on the side of the 41,000 EU residents of our borough who are facing the uncertainty of Brexit.

“At a time when local government is facing significant funding challenges, it is not realistic for us to use expensive commercial advertising space.

“By using our own assets such as community information panels, park railings, or refuse vehicles, we are able to get important messages across to residents while also saving taxpayers’ money.”