Scientific research suggests sound (music, in particular) can enhance the ways in which we perceive flavour. High-frequency sounds can enhance sweetness in food, while lower ones can accentuate bitterness. As a result, Pied a Terre – one of London’s longest-running Michelin-starred restaurants – believes music played in restaurants could be manipulated to replace unnecessary ingredients […] 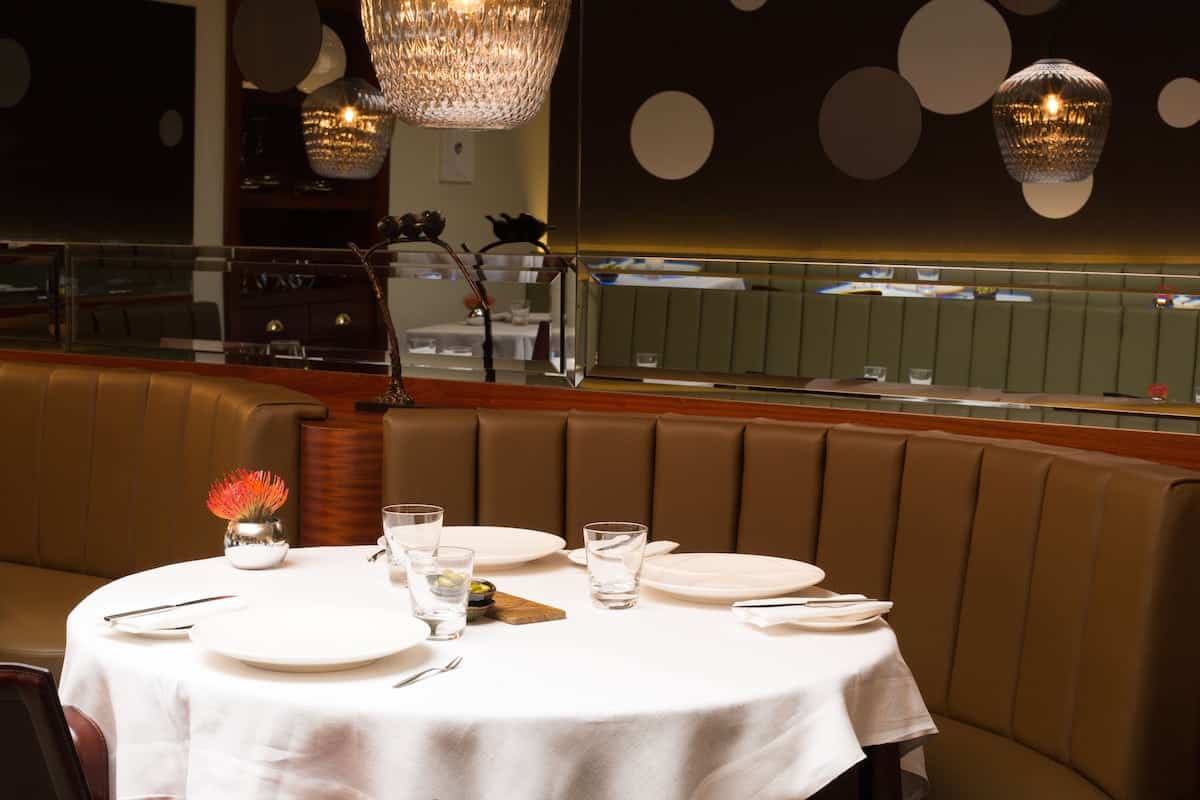 Scientific research suggests sound (music, in particular) can enhance the ways in which we perceive flavour. High-frequency sounds can enhance sweetness in food, while lower ones can accentuate bitterness.

As a result, Pied a Terre – one of London’s longest-running Michelin-starred restaurants – believes music played in restaurants could be manipulated to replace unnecessary ingredients (sugar, fats, etc.), or could essentially contribute to devastating your experience. Experimenting with this theory, the restaurant is currently collaborating with BBC Manchester DJ Karen Gabay to produce playlists specifically designed to enhance dining experiences and ‘elevate the taste buds’.

First opened at the end of 1991, Pied a Terre received its first Michelin star after just 13 months, before receiving another in 1996 – under the direction of chef Richard Neat. The restaurant now holds one star, but continues to uphold a number of traits synonymous with Michelin two-star restaurants. Operating alongside a great deal of restaurants on Charlotte Street (Roka, Mere, Señor Ceviche), Pied a Terre is unassuming from outside, with space for 44 covers in the main dining space – decorated with earthy shades of brown, low-lit and festooned with heavily-starched table linen. In 2017, the service at Pied a Terre is competent and friendly (the Sommelier offered playful blind tastings, going beyond his call of duty to make the evening particularly enjoyable), but the atmosphere stuffy and typical of a two-star restaurant in 2007.

Then there’s the music. Quiet and abstinent from overwhelming, the playlist was curious during a recent visit for dinner. Soft, instrumental jazz moments were comforting, while erratic, staccato string compositions made me feel I might be carted off into a window-less chamber and flogged to within an inch of my life. In all, though, the music was quiet, and so was the rest of the dining room – making it quite clear that company, really is everything, when deciding on whom to spend a calm three-hour dinner with. As expected, the food served at Pied a Terre is very refined, but expensive (£65 for two courses, an additional £15 for dessert, plus some supplementary charges with certain dishes). During evening service, an a la carte menu is available alongside a seven-course tasting menu, vegetarian and vegan tasting menus, a seasonal tasting menu, and the opulent Chef’s menu at £145.

Soon after ordering from the a la carte menu, an egg box filled with two egg shells, laser cut and hollowed, arrived at the table. Although borderline gimmicky, the shells contained a delightful mousse of feather-light Vichyssoise – a thick soup of leeks, onion, potatoes and cream, typically served cold. A flourish of modern creativity also came with a starter of octopus. Visually resembling an explosion within a Parker pen factory, the Jackson Pollock-esque presentation included splatters of squid ink with perfectly-cooked octopus tentacle, soft unlike any octopus I’ve eaten (cooked sous vide overnight, at 67°, then finished in a hot pan). On the side, however, a ketchup of Piquillo pepper was toothsomely sweet, alas overpowering the delicate flavour of octopus.

The best dish eaten, by quite some margin; an entire smoked quail arrived under a glass cloche, harbouring a cloud of smoke. An unexpectedly generous portion, the whole young bird was skillfully cooked and fabulously paired with an al dente spelt risotto, earthy Girolle mushrooms and a suggestion of grated parmesan. Comforting seasonal food at its best. Another game dish, a whole Red Leg Partridge had been roasted, served pink, and accompanied by bread sauce and generously seasoned red cabbage with dots of cranberry sauce, each reminiscent of a sophisticated Christmas dinner. “Tasting of Suckling Pig” reads as a loathsomely pretentious name for an otherwise enjoyable dish. Prettily presented, slabs of suckling pig leg were soft and crowned with shards of brittle crackling, joined with charred baby leeks and “brown sauce” which didn’t taste of HP, fortuitously. Forgetting the supercilious name, everything on the dish was executed with technical finesse.

To finish, a matcha tea custard tart also demonstrated expert technique, though its bold cacophony of flavours became calamitous on the palate. Disaster was narrowly averted by the inclusion of some sweet black cherries, but the less said about the charcoal, the better. On the other side of the table, raspberry Millefeuille comprised a stack of brittle puff pastry sandwiching tart raspberries and some contrastingly sweet white chocolate. A fine example of refined, assured cookery (like the quail starter) – it’s exactly what’s expected from a restaurant such as Pied a Terre.

Pied a Terre can be found at 34 Charlotte Street, London, W1T 2NH.