In addition to having become a pioneering figure in London’s ‘pop-up’ movement, Stevie Parle is a chef renowned for both his innovative take on ‘Modern-European’ food, as well as selecting a string of relatively obscure sites to open restaurants. The chef’s first permanent restaurant – Dock Kitchen, for instance, was opened in 2009 inside a […] 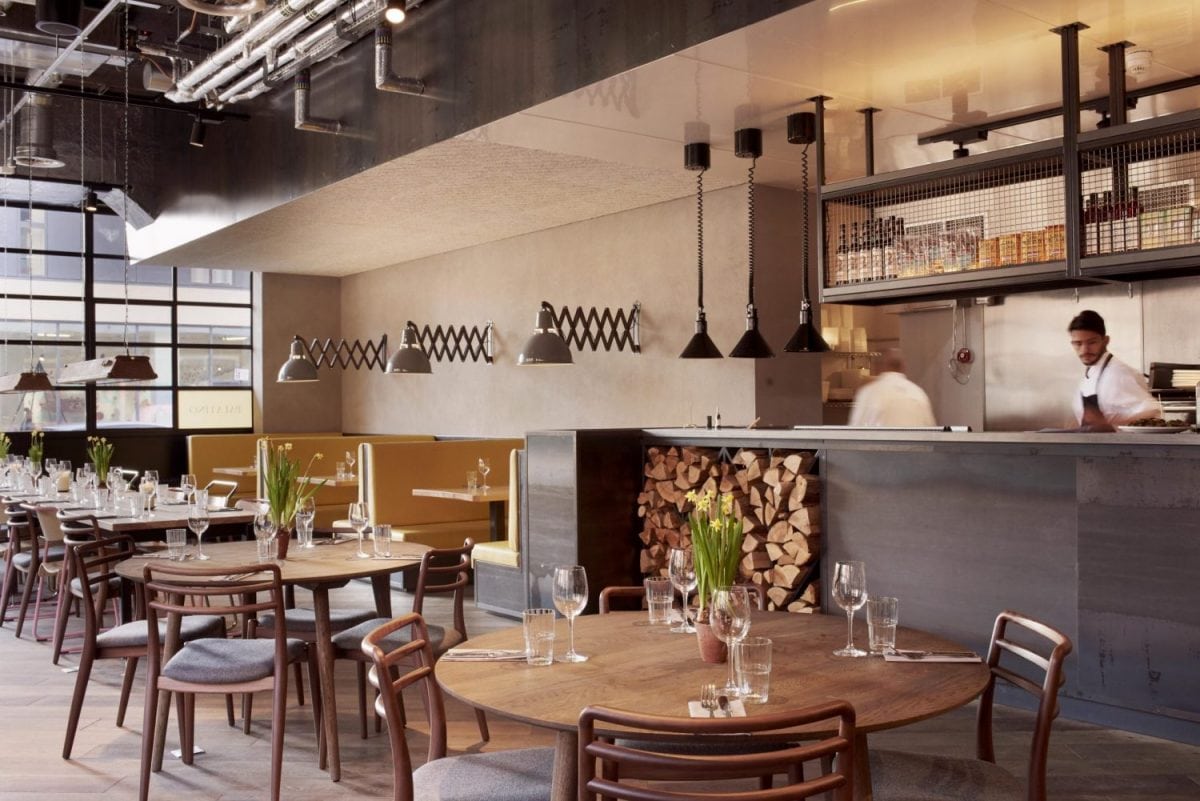 In addition to having become a pioneering figure in London’s ‘pop-up’ movement, Stevie Parle is a chef renowned for both his innovative take on ‘Modern-European’ food, as well as selecting a string of relatively obscure sites to open restaurants.

The chef’s first permanent restaurant – Dock Kitchen, for instance, was opened in 2009 inside a converted Victorian Wharf building on the Grand Union Canal in Ladbroke Grove, renovated as part of an urban generation project. Five years later, Rotorino was opened in a more conventional location in Dalston, closely followed by Craft London in North Greenwich. Craft is on the concourse between North Greenwich station and the O2 Arena, and perhaps the chef’s easiest to reach from Central London, but so many still continue to complain about the “far out” location when I wax lyrical about one of my favourite local restaurants.

Most recently, Palatino has opened in Clerkenwell, taking over the kitchen within a ‘flexible work space’ in between Old Street, Angel and Barbican tube stations. Inside, the bustling open kitchen is joined by large, unobstructed windows and Selfridges-yellow leather seating – each of which evoke the blazing sunshine. Today the sun seems to have got lost on its way to Central Street, much like I did. Meticulously sticking to one theme, the menu at Palantino is heavily Roman. I’ve had some of the best times of my life in Rome, but have always ended up eating in horrendous tourist-trap restaurants that post their menus outside. Here, however, the food is mainly very good – without the need for even one vomitorium.

Following a slab of sweet focaccia bread, a starter of deep-fried sage leaves is (like all of the best Italian food) remarkably simple. Lightly battered, the sage leaves have a sweet-woody flavour and are like sophisticated little doughnuts, accompanied by a dressing of honey and vinegar. Salt cod crudo combines thin slivers of salt cod, dressed with lashings of extra virgin olive oil and tart segments of blood orange, which cut through the fish’s salinity. Next, cacio e pepe made with tonnarelli (a type of square spaghetti) is another simple take on an Italian classic. Showcasing the ingredients used, the dish is executed tremendously, using just a small handful of ingredients (pasta, pecorino cheese, pepper and some cooking water) to create an ambrosial, silky pasta dish that’s better than anything I’ve ever tasted on the continent. Another pasta dish of spinach ravioli stuffed with squash has experienced fine cooking, but the pasta dough is too thick and an overabundance of shaved parmesan makes the dish unappetisingly salty.

Onglet steak, an under-appreciated but from the cow’s diaphragm, is perfectly tender yet the beef’s outer has an astringent bitterness of burnt pepper – most probably from the pan having been too hot. Elsewhere, pan-fried gnocchi are pressed into beehives of potato then topped with fistfuls of parmesan. The flavour is deep and comforting, but the gnocchi possess an unwelcome dryness which calls for glasses of Palatino Spritz – the restaurant’s signature cocktail. Far better is the Saltimbocca, zealously recommended by our waiter. A flattened escalope of veal is wrapped with sage and prosciutto, held in place by skewers of rosemary and quickly fried. As well as being cooked with such care and precision, the veal is plated with an abundance of sweet Marsala wine that’s reduced into a decadent sauce: astonishing in harmony with the prosciutto and sage.

Three courses later, the Campari and orange ice cream (sorbet) seems to be the only reasonable means of completing lunch. A digestif and dessert all-in-one, the sorbet has a refreshing bitterness, like a less-alcoholic Negroni Slush Puppy – which is (obviously) a good thing. Though the setting isn’t quite as homely as the menu may suggest, most of the food is executed well and the service is efficient (unlike most restaurants in Rome). And with food at this level and at these prices, Palatino might just become your new favourite neighbourhood Italian.

Palatino can be found at 71 Central Street, London,EC1V 8AB.