“Ramen,” somebody recently probed as I gushed adoringly about the food of Japan (again), “that’s just noodle soup, isn’t it?” Like a besieged tom cat ready to challenge the neighbours’ pit bull, my back arched instinctively and I cascaded into an explosive rant. Ramen is far more than just noodle soup. The exact origins or […] 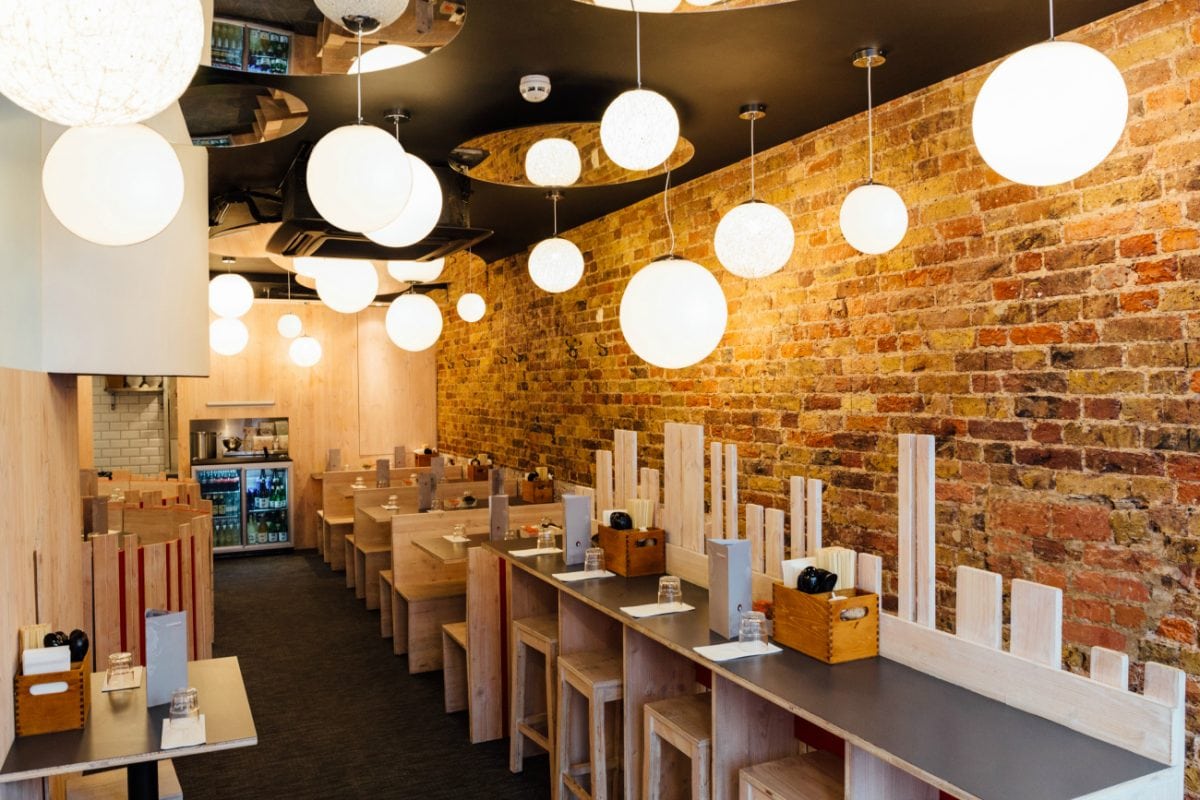 “Ramen,” somebody recently probed as I gushed adoringly about the food of Japan (again), “that’s just noodle soup, isn’t it?” Like a besieged tom cat ready to challenge the neighbours’ pit bull, my back arched instinctively and I cascaded into an explosive rant. Ramen is far more than just noodle soup.

The exact origins or ramen are unclear. There’s a great deal of speculation that links ramen to China, gastronomically speaking, but its Japan that’s generally regarded the rightful home of ramen – with Tonkotsu from Kyushu the most popular in the UK. Ramen has become a huge deal in Britain, particularly London, over the past five years, with thousands of self-assured noodle-nerds having ascended in its wake. Men and women of all ages that insist on making pilgrimages to all of the city’s ramen joints, contrasting and comparing as they slurp silky bone broth in search of something so luscious, so authentic, so soul-cleansing as that bowl of noodles bought for less than ten-pence on a haj to the land of the rising sun. For many, ramen is not just a bowl of noodle soup (or even just a meal, in fact), it is a way of life.

In 2009, Kazuhiro Kanada opened Kanada-Ya in Kyushu, having spent vast periods of time in search of the ultimate ramen recipe after retiring from Keirin racing following a number of injuries. With four restaurants now operating globally (one in Japan, one in Hong Kong and two in London), the latest addition is the Piccadilly branch, just off of Haymarket. The location for this restaurant is perhaps odd given the close proximity to a pandemic of famously bad restaurants: TGI Friday’s, Angus Steak House, Planet Hollywood, Bubba Gump Shrimp Co. and the dross of Leicester Square that’s within spitting distance.

Inside, the tiny restaurant space is narrow with industrial bare brick walls, spherical lights that hang like orbs, hardwood tables and booths, plus a lino-lined floor that’s more slippery than a greased eel. Being that reservations aren’t taken at Kanada-Ya it’s far easier to secure a table at lunch time. As for the food, the menu is relatively concise, with ramen at its core. Five different broths are available (pork bone broth; pork and corn-fed chicken bone broth; corn-fed chicken bone broth; yuzu shoyu broth; and porcini-soy milk). But let’s be honest – the pork bone broth is the real epitome of any perfect ramen. Basins large enough to house koi carp, filled with steaming hot stock enriched with unctuous pig fat, bathing wheat noodles that submissively mollify as the meal commences.

The Chasu-Men ramen here, for instance, has the richest, most lusciously insalubrious broth made from relentlessly boiled pig bones and collagen that melts to texturally resemble milk. At its core, the noodles are available with a choice of four varying degrees of softness: extra hard, hard, regular or soft. I order hard, as recommended, which have a very slight bite for the first few minutes, but soften as is I eventually reach the bottom of the bowl. In addition, a topping of thinly-sliced pork collar has remarkable fat marbling that melts into the broth, while chopped spring onions, wood ear fungus and a sheet of paper-thin nori add further contrasting depth of texture to the dish.

My friend, on the other hand, opts for the spicy yuzu ramen made with the pork and corn-fed chicken bone broth that’s set-off by the inclusion of a soft-boiled egg. When broken and allowed to seep into the broth, the egg has a yolk that’s like silk – something that should not only be included as a topping on all of the ramen dishes here, it should be mandatory. Elsewhere, the dish is lightly spiced and balanced by the the unctuous broth. Again, chashu pork collar, wood ear fungus and seaweed brings an interesting interplay of textures, while the addition of yuzu is subtle but, like a samurai sword, slices through the dish’s richness.

Elsewhere, Kaarage chicken is accompanied by saporous fried chicken mayonnaise. Although hotter than the centre of a McDonald’s apple pie, or a Friday evening Central Line carriage, the chicken is surprisingly free from unwelcome grease and is balanced with a precise blend of spice and seasoning. Also worth a mention is the sesame seed dispenser perched on the table alongside cutlery and a necessary pile of napkins. Adding further depth to everything eaten, a sesame seed grinder should be available in every single restaurant throughout London.

At Kanada-Ya, the interior, food and service is modest, with the overall experience dominated by the ramen. What’s more, the restaurant offers some of the best value for money that can be found between the Southbank and Euston Road. The no-reservations policy makes securing a table for dinner somewhat challenging, so visit for lunch instead. After refuelling with a bowl of Kanada-Ya’s famous ramen – it’s practically guaranteed that dinner (or any other food within the next 12 hours) will be completely unnecessary.