A new Soho restaurant serving a menu inspired by the French Riviera. 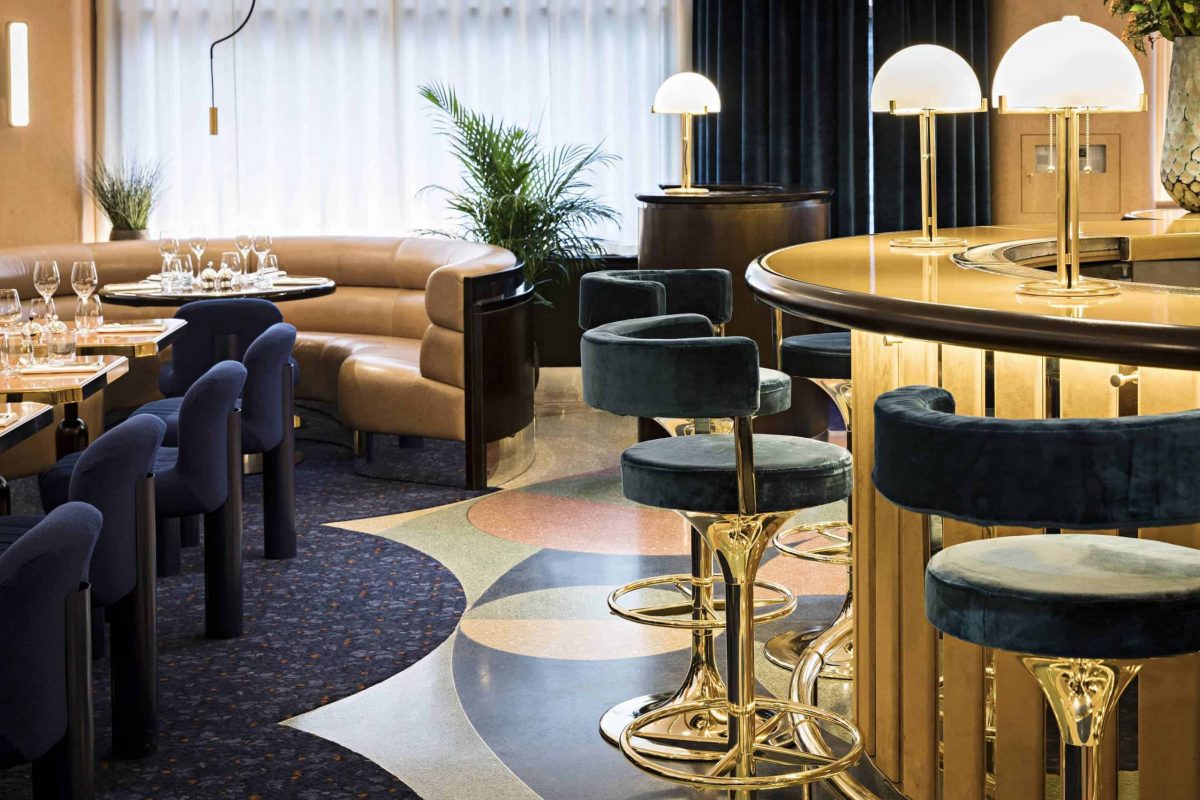 Just across the street from Bob Bob Ricard – a Soho temple of unbridled decadence – Folie is an opulent new restaurant celebrating the dining culture of the French Riviera. The first solo project from French restaurateur, Guillaume Depoix, having previous held front-of-house positions at venues including the Boundary Hotel in Shoreditch and the Costes family’s Café Marly in Paris (before moving to London in 2014), Depoix hopes the restaurant will become “a meeting point for conviviality, elegance and revelry at all times.”

On the Golden Square’s site formerly occupied by Pizza Express, Folie sits on the precipice between Soho and Mayfair. Entered through a heavy velvet curtain, the 100-cover restaurant has been designed with the intention of resurrecting the sensuality and glamour of 1970s St Germain, fronted by a bar that’s worth visiting as a standalone destination – serving a selection of well-made classic cocktails and a list of rare pastis, vermouths and fine Armagnac. Elsewhere, mocha leather banquettes are joined by deep blue velvets, pink formica tables and various gold touches – ultimately contributing to an elegant, marginally nostalgic dining space that’s amplified by the polished service that’s friendly and accommodating in a fashion perhaps more American than French.

The menu, however, has plenty of nods to the south of France, splashed with some additional Mediterranean strokes. Led by Executive Head Chef Christophe Marleix (previously Executive Head Chef at the Grill at the Dorchester and, more recently, at Annabel’s), the menu at Folie has a prominent focus on seasonal ingredients and small-scale UK farmers.

A recent dinner began with a very dry martini and a round of peppery, well-made chickpea panisse (£5) and bite-sized slices of the restaurant’s refined take on classic pissaladière (£6), featuring a thick dough base capped with caramelised onions and shredded anchovies, each crowned with a black olive. From the menu’s starter section, proper, white crab meat was shredded and simply dressed with some lemon juice and chive, finished with spring onion and served on a thin slice of Brissaouda (Niçoise bread rubbed with a generous amount of garlic and drizzled with olive oil). A simple, albeit sophisticated, ultimately enjoyable dish. Even better was a tartar of rose veal, finely chopped rather than minced (a good thing), flecked with capers and large caper berries, plus a healthy dollop of deeply umami tuna sauce synonymous with northern Italy.

From the menu’s sharing heading, Dover sole seems eye-wateringly expensive at £43 per-person, though the size (32oz) is at least double the standard portion served for a similar price (or more expensively) in nearby Mayfair restaurants such as Scott’s, 45 Jermyn Street or Charlie’s at Browns Hotel. Cooked a la meunière, the fish was presented at the table, before being taken away to be filleted, then quickly returned. Given the simplicity of the dish, the set-up left nowhere for the kitchen team to hide, yet was cooked properly, swimming in a sauce which featured a holy trinity of butter, lemon juice and capers; supplemented by a suggestion of plankton. A classy, refined example of a classic with enthusiastic nods to the French Riviera. Everything Folie promises, and perhaps even more.