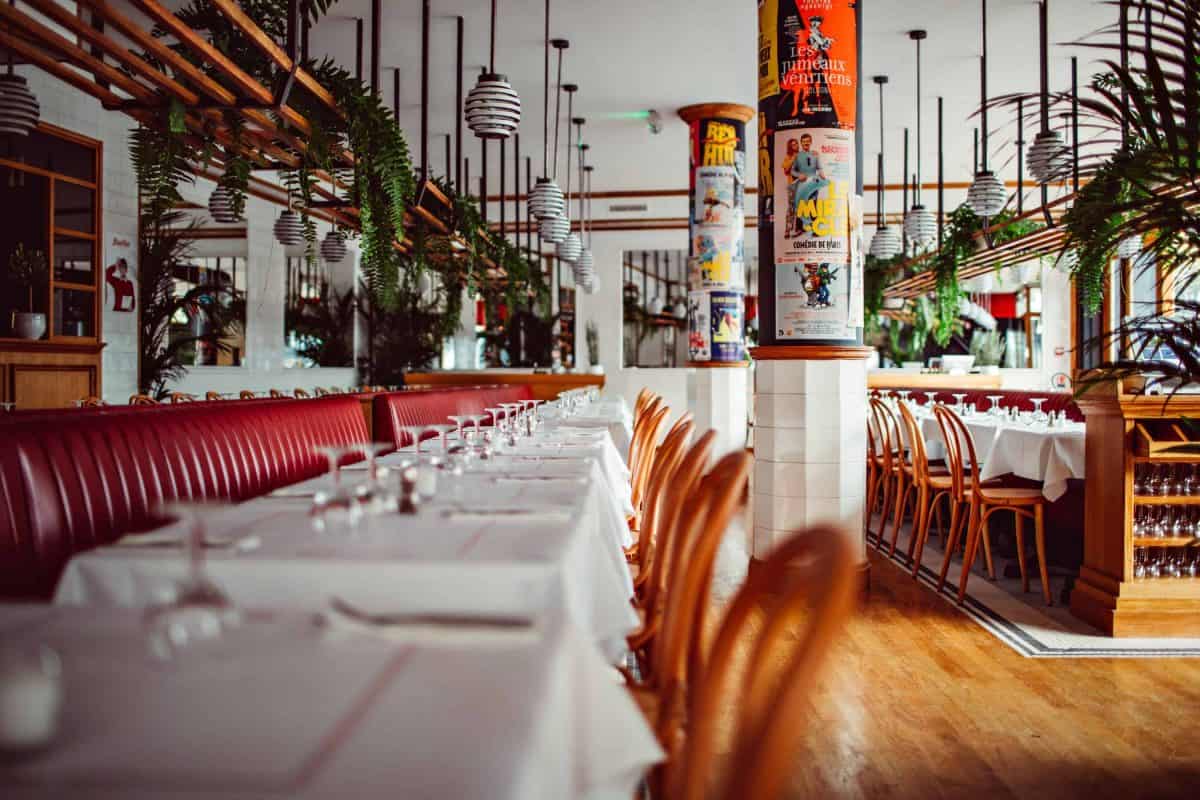 With the highest concentration of restaurants awarded the highest honour of three Michelin stars, Paris is generally considered the restaurant capital of the world. And perhaps rightly so. But what happens when the stars eventually fade; when the French tyre company’s spin on eating well begins to burn out?

A celebration of yesteryear Paris, Bouillon Pigalle opened in 2017 and managed to shake-up the city’s restaurant scene. Launched by brothers Pierre and Guillaume Moussié – the restaurateurs behind Chez Jeannette and the Hôtel Providence – the restaurant occupies a 300-cover space just along from the world famous Moulin Rouge theatre, inspired by the city’s 19th century bouillons. Literally meaning “broth”, the first bouillons were created by Pierre-Louis Duval, a Parisian butcher, during the mid 19th century. Aiming to repurpose less popular cuts, utilising them in soups and broths, the concept was a hit with working-class locals in search of a quick, sustaining, ultimately inexpensive meal. By the turn of the century, Paris was home to around 250 bouillons. During this time, however, the city’s moneyed bourgeoisie began to invest and bouillons quickly evolved into more elaborate, upscale restaurants, leading to the meteoric rise in popularity surrounding brasseries and bistros.

A modern-day bouillon, Bouillon Pigalle’s high-ceilinged, white-washed interiors are festooned with clothed tables – each closely placed to add to a convivial atmosphere, wooden bistro chairs and ruby leather banquettes that stretch along the room, almost as long as the queues that snake around the block. In true bouillon fashion, reservations aren’t accepted, so expect to queue for dinner if arriving later than seven o’clock. Service is quick (but unexpectedly friendly and not rushed), however, and the restaurant’s opening hours – from noon-to-midnight, daily – allow guests to visit at less popular times. The restaurant has become so popular in the space of two years (serving approximately 1,400 people each day) that a sister restaurant is penned to open at the Place de la République next year.

As for the menu that’s printed in various languages, it isn’t necessarily rooted in broths, but is quintessentially French. A parade of French classics includes the likes of steak frites, pot-au-feu, escargots, duck confit, rolled calf’s head, et al. Bouillon Pigalle also adheres to the traditionally democratic pricing structure. The most expensive mains (at the time of writing) cost €13.50 and a Jéroboam (three litres) of house wine will set you back just €38.80. A recent dinner for two, including three-courses, a bottle of wine and 13 per cent service charge came to exactly €50 – a sum that rivals even the grottiest of tourist trap restaurants.