One of 2019's most charming new restaurant openings. 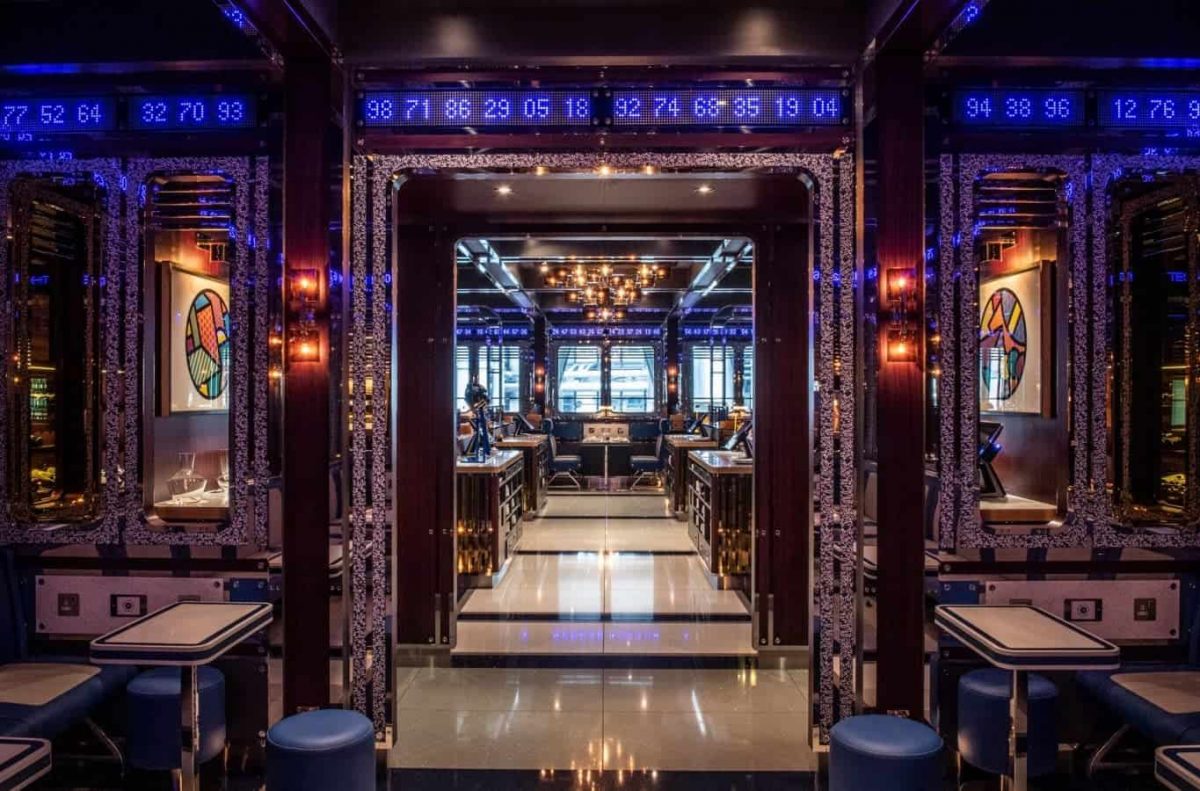 “The entire menu is made up of things I’d like to eat at home,” explains Leonid Shutov, discussing the luxury comfort food served at his new restaurant, Bob Bob Cité, during a recent dinner service. Opened 18 months later than planned, the restaurant follows the success of cult favourite Bob Bob Ricard in Soho, taking over the third floor of the Leadenhall Building (also known as ‘the Cheesegrater’) following a £25 million refurbishment.

On the corner of Upper James Street, the Soho original is largely genuflected for its lavish, elegant approach to hospitality, a nod to the Soho of yesteryear where big, boozy executive lunches were the norm, often stretching late into the afternoon or early evening. For the most part, those excessive lunches have fallen into near extinction, while Bob Bob Ricard continues to thrive in a time where ‘power lunch’ establishments such as The Four Seasons in New York have struggled, eventually admitting to defeat. Bob Bob Ricard’s decadent approach to dining continues at Bob Bob Cité, with much of the restaurant’s charm having been brought across to the city: the art deco interior flourishes; the ‘strictly elegant’ dress code; intimate booths for all; and the famous ‘press for champagne’ (rebranded here as ‘presser pour champagne’) buttons at every table.

Also in keeping with the Soho site, Bob Bob Cité’s décor has seen rigorous attention to detail. Two huge dining rooms are identical besides the differing colour schemes of red and blue, with neon ticker tape which spans the perimeter of each, emblazoned with numbers which change colour to alert staff of which table number has pressed the button. 800 bespoke light fittings join 24 chandeliers, omnipresent chrome accents, 48,000 hand-polished ‘snake eye’ rivets, and shiny, shiny marble floors. The service is similarly polished – curt, efficient but surprisingly unpretentious.

A recent dinner began with two glasses of Moët & Chandon Brut Impérial from the extensive selection of champagnes available here. Bottles of champagne are priced from £75 through to £12,950 for a methuselah (six litres) of Perrier-Jouët Belle Epoque, 2006. The restaurant is also home to one of the world’s largest Armagnac collections, with over 100 vintages, beginning with 1888, with an additional wine list boasting over 200 bottles plus many magnums. As for the food, French chef Eric Chavot is responsible for the menu here, lending a Gallic flourish to the English-Russian comfort food the Soho restaurant has become renowned for. Duck egg au plat (£12.50), for instance, featured a fried egg with a rich, orange yolk acting as a sauce for its accompanying salt beef hash, pickles and a suggestion of surprisingly flavoursome Gruyère and truffle foam.

Steak tartare (£15.50) is available with the addition of 10 grams of Siberian sturgeon caviar (27.50). Without, it’s a gloriously classic example of the storied Mongolian staple, championing Scottish rump that’s chopped and embellished with shallots, gherkins, capers and a whisper of Tabasco, crowned with a soft boiled quail’s egg.

Numerous mains are available, though none are quite as difficult to resist as the beef wellington, only available for two. Although pricey at £97 – even for Bob Bob standards – it’s an expertly crafted example of a dish so seldom seen in London restaurants during this century. This welcome return featured a reasonable portion of 35-day aged fillet steak cooked to superlative medium-rare, wrapped with mushroom duxelle and a pancake to avoid sogginess, finally cloaked in golden puff pastry. Carved into four thick slices at the table and dressed with an elegant truffle jus. An additional extra, pomme purée with truffle (£10) was another triumph: seemingly harbouring a ratio of one-part potato to one-part dairy fat. Is it necessary? Not particularly. Is it delicious? Absolutely.

The parade of sturdy classics continued with dessert. Crème brûlée (£13) was served in a shallow ramekin, thus allowing further surface area for the crown of caramelised sugar. Rum baba (£14), on the other hand, was vast and generously doused with vintage Panama rum, paired with ribbons of sweet pineapple, washed down with a glass of Dom Pérignon Vintage for one last flicker of indulgence. Yes, dinner at Bob Bob Cité is expensive, but the consistently well-executed food, elegant service, gorgeous interiors and general sense of occasion contribute to ensuring one of the square mile’s most charming dinner experiences.