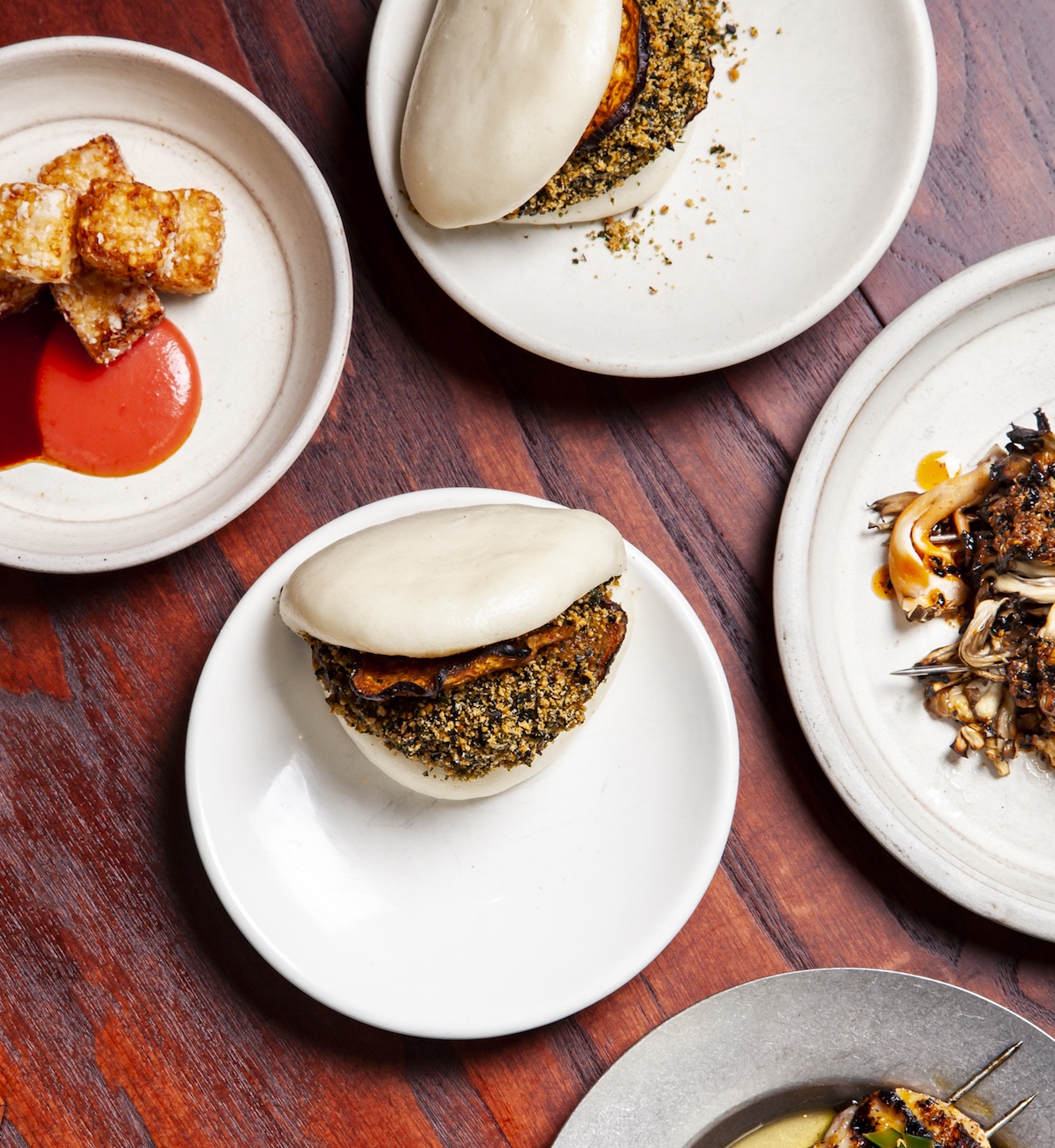 Beginning life as a street food stall, BAO has become London’s most cherished purveyor of Taiwanese cuisine. A popular street food dish in Taiwan, although technically of Chinese origin, gua bao (typically filled with braised pork, pickles, mustard and peanuts) was revolutionised by chef David Chang with the 2004 opening of Momofuku in New York. The clam-shaped steamed buns have since become popular in London, with BAO serving some of the city’s best.

Established by founders Erchen Chang and brother and sister Shing Tat and Wai Ting Chung, BAO launched in 2012 with a pop-up at KERB. A semi-permanent location eventually opened at Hackney’s Netil Market, soon followed by the opening of a permanent Soho restaurant in 2015. The team have since launched Xu – a devastatingly underrated Taiwanese restaurant – as well as two additional BAO sites in Fitzrovia and, most recently, Borough. Given the restaurants’ popularity and small venues, reservations aren’t accepted for small groups, so expect to queue for a table.

Like the Soho and Fitzrovia sites, the new Borough restaurant has minimalist, streamlined interiors. Similarly, service is friendly but unfussy – ultimately relying on the food to stand out. BAO’s classic gua bao with braised pork, peanut powder and fermented mustard greens remains available here, served alongside a selection of buns with contemporary fillings, plus a wider range of new dishes exclusive to the new site. Overall inspired by the late-night grill restaurants popular with commuters throughout Asia, the new restaurant also serves a late-night noodle menu. Further championing the East Asian island’s rich culture, a karaoke room – BAO KTV – sits beneath the dining room, available for guests to book by the hour. Moreover, groups of five or above can also book a table in the restaurant.

On a quiet, rainy evening, a recent dinner began with a slurry of cold smoked aubergine (£4.75), deeply umami and accompanied by two coins of bao, breaded with panko and deep-fried. Also from the new a la carte menu, Taiwanese fried chicken (£6.75) featured succulent flesh cloaked with an amiably crisp coating, drizzled with a fiery red bean sauce: a superlative example of well-honed comfort food championed throughout the mini-chain’s restaurants. A skewer of well-cooked scallop was served in a cup of XO-style sauce, rife with butter and beef fat, intriguing but expensive at £8.25 considering the meagre portion size. Far better was a gloriously symmetrical dish of 40-day-aged beef (£9.50), cooked medium-rare and sliced, fanned across a mound of creamy Taipei butter rice, placated by a rich egg yolk acting in place of sauce.

All the BAOs at Borough

Unsurprisingly, the bao here are the main draw. The classic (£5) was just as good as ever, with the peanut powder texturally contrasting the soft pork belly, exceptionally matched with the restaurant’s Weeping Sake, produced in collaboration with Konishi Shuzo Brewery – Japan’s oldest sake brewery to be owned by one family (established in 1550), using soft, river-bed water fed from the Rokkō and Nagao mountains. A bao filled with slow-cooked beef short rib (£5.75), on the other hand, vaunted comforting elements akin to a hamburger, with a dollop of vibrant egg emulsion lingering on the palate as a welcome guest. Another bun featured a compact chicken nugget (£5.75), plumper than usual and well-cooked, enlivened with the addition of Sichuan mayo. The new ‘curry cheese’ bao (£5) was another highlight, with leftovers from Neal’s Yard melted into curds, breaded, fried then finished with slightly spicy, sweet curry sauce and slivers of fermented chilli.

The prawn shia song bao (£6.50) was dinner’s unassailable hero, nonetheless. Fleshy prawns were embellished with chive and a whisper of mayonnaise, served in a long, deep-fried bao visually evocative of a hot dog bun, tasting similar to fried mantou. The overall result was thus similar to an exceptional combination of an American lobster roll and a sweet doughnut, so insalubriously consoling I couldn’t help but order another to conclude the meal, with a dessert menu proper yet to be introduced. A model of comfort food that renders BAO a rare restaurant worth queuing for. Order all five bao (at least once), refuse to share and leave satisfied.