An impressive Christmas dinner alternative to traditional turkey or other lacklustre plant-based options. 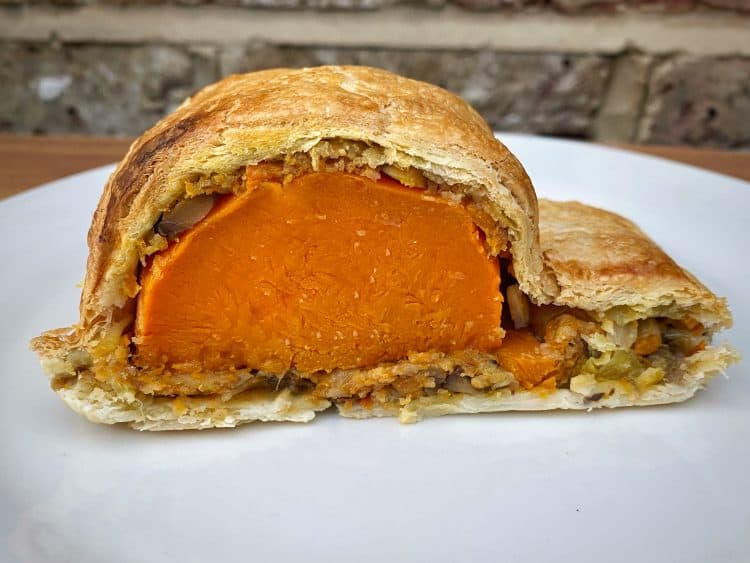 Having reported a 105 per cent spike in vegan orders since last November, new research from Deliveroo suggests as many as 20 per cent of Brits intend on eating a vegetarian or vegan Christmas dinner this year. The poll, which involved 2,000 respondents, also found that almost 60 per cent of those deciding to go plant-based for Christmas had made the transition within the past four years, with many citing their reasons for going meatless as expecting to cater for other vegans and vegetarians.

Until quite recently, however, vegetarian and vegan Christmas dinners have tended to come across as an afterthought: a shame considering there are so many opportunities to present vegan guests with highly impressive, cruelty-free options. This vegan squash wellington, for instance, is an impressive substitute to traditional turkey, or often lacklustre plant-based options. It’s also relatively simple to make at home, and can even be prepared in advance of the big day – ultimately cutting unnecessary stress from your Christmas cooking routine.

In place of traditional fillet steak, a large wedge of pre-roasted butternut squash features, combined with a stuffing that’s a rough play on classic mushroom duxelles. To prepare the vegan squash wellington, the butternut squash is peeled and cut in half length ways, providing two long pieces of squash. Those two pieces are then sliced again (this time width-ways), as closely as possible to the cavernous part of the squash containing the seeds. The long, thinner parts are then roasted and used in place of fillet steak, while the bulbous end containing the seeds is de-seeded and roughly chopped. It’s worth saving the seeds for another recipe, while the roughly chopped squash is also roasted until soft, then chopped or blended and mixed into the stuffing, which contains shallot, wild mushrooms, chestnuts, breadcrumbs, and a generous amount of sage.

Once cooled, it’s all then wrapped in puff pastry and baked – best served with typical vegetarian or vegan Christmas dinner trimmings, plus a rich red wine gravy. 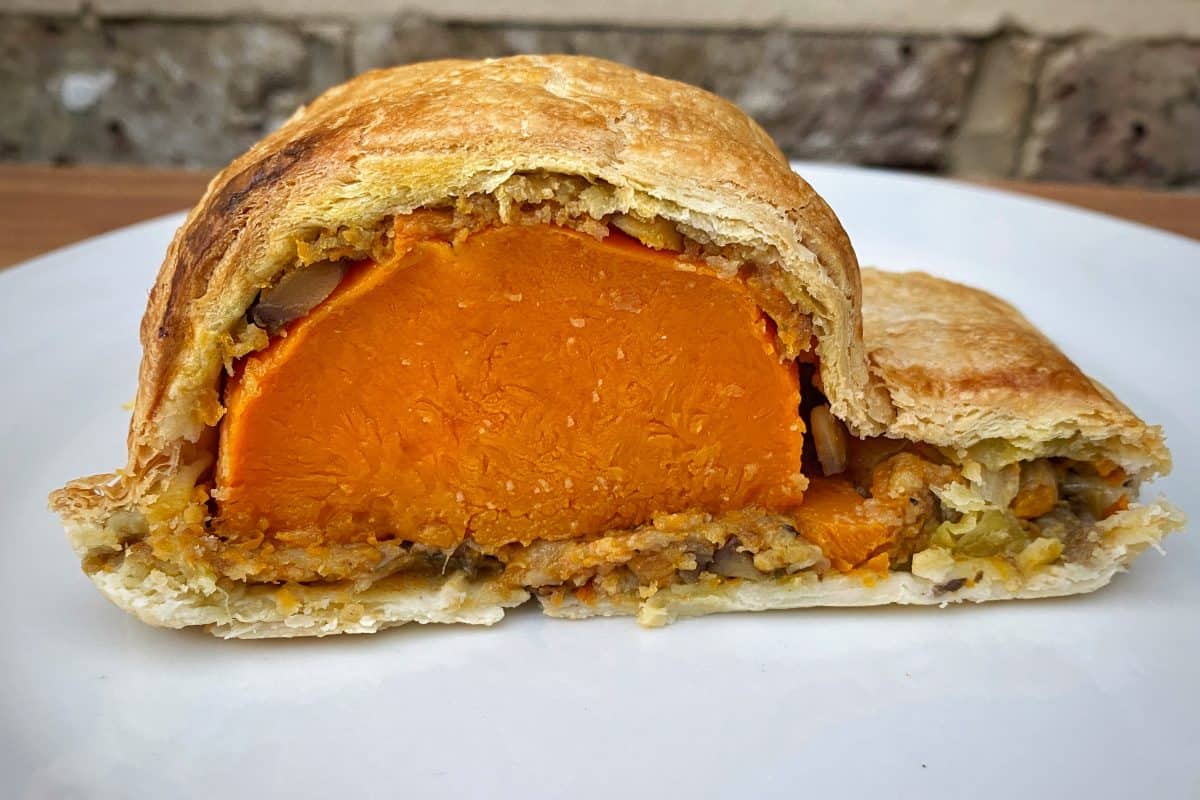