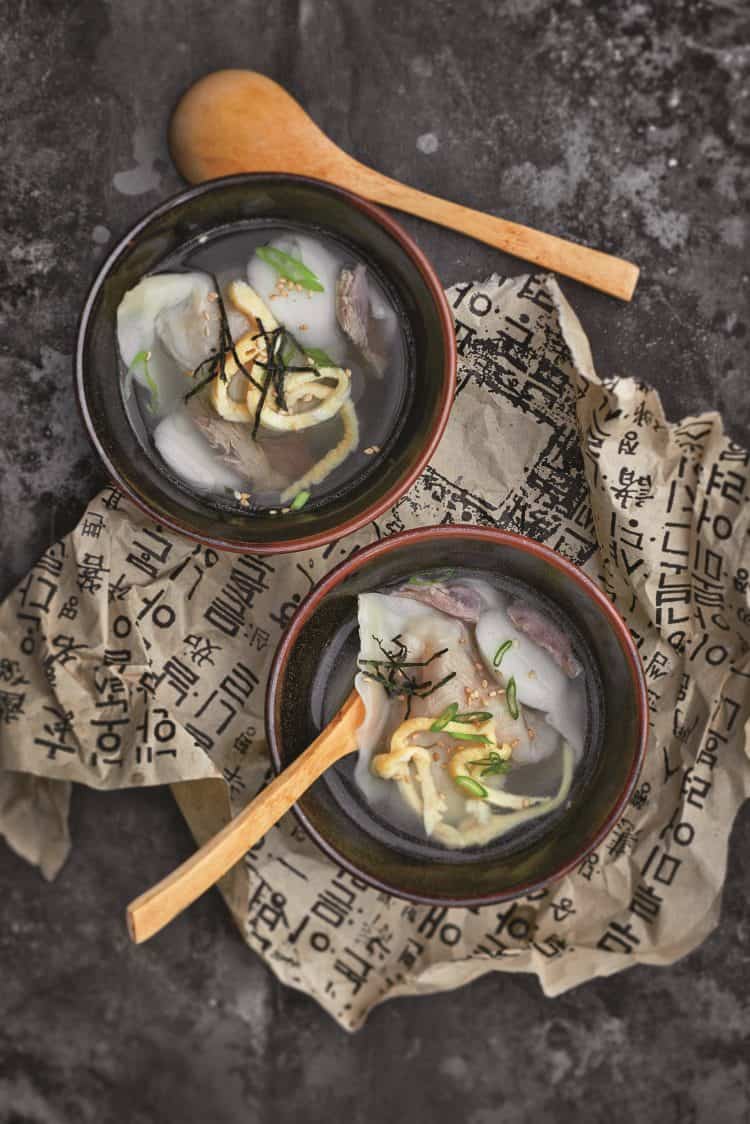 Korean-American chef and food writer Judy Joo is a keen advocate of Korean food, both championing the national cuisine and striving to prove how easy dishes are to prepare at home. Comprising over 100 accessible recipes, her book Korean Food Made Simple: Easy and Delicious Korean Recipes to Prepare at Home celebrates well-loved and popular dishes such as kimchi, sweet potato noodles, bibimbap and Korean fried chicken, plus less traditional recipes such as spicy pork belly cheese steak or fried fish with kimchi mayo and sesame mushy peas. In addition to chapters devoted to sauces, desserts, and drinks, the book also includes detailed tips for stocking a Korean pantry. This rice cake and dumpling soup recipe is also featured, traditionally eaten in Korea to celebrate the Lunar New Year.

On her rice cake and dumpling soup recipe, Judy Joo says: “It is tradition in Korea to eat this soup for the Lunar New Year. I recommend using my Oxtail Soup as the base, but for a quick version, shop-bought chicken broth and frozen dumplings will do. You can also lose the dumplings and double the amount of rice cakes to make rice cake soup (dduk guk)” 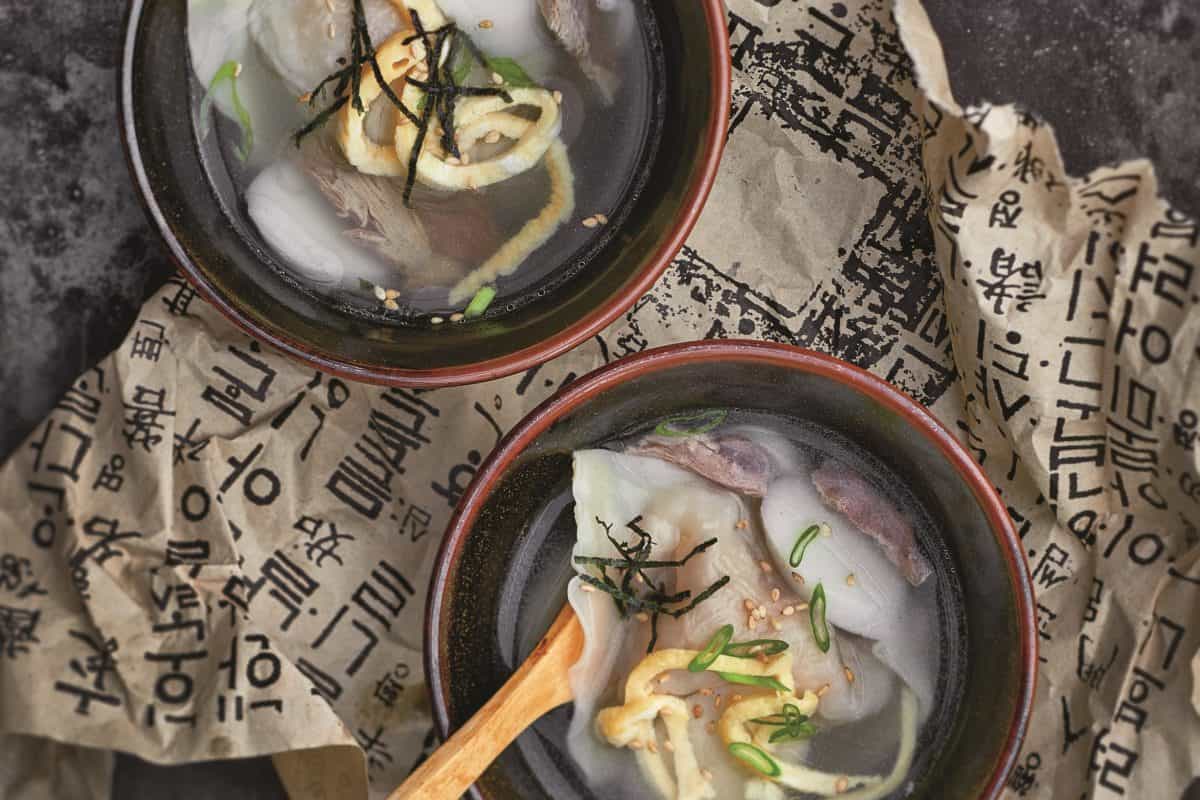 TIP: Instead of making an omelette, the eggs can also be drizzled into the pot of soup at the end of cooking to form ribbons of eggs, like egg drop soup. This recipe is extracted from Korean Food Made Simple: Easy and Delicious Korean Recipes to Prepare at Home by Judy Joo, 2016, Jacqui Small.
Tried this recipe?Let us know how it was!

This recipe is extracted from Korean Food Made Simple: Easy and Delicious Korean Recipes to Prepare at Home by Judy Joo, 2016, Jacqui Small.