A soup flavoured with beer, stock and cream, topped with ham and cheese gougères. 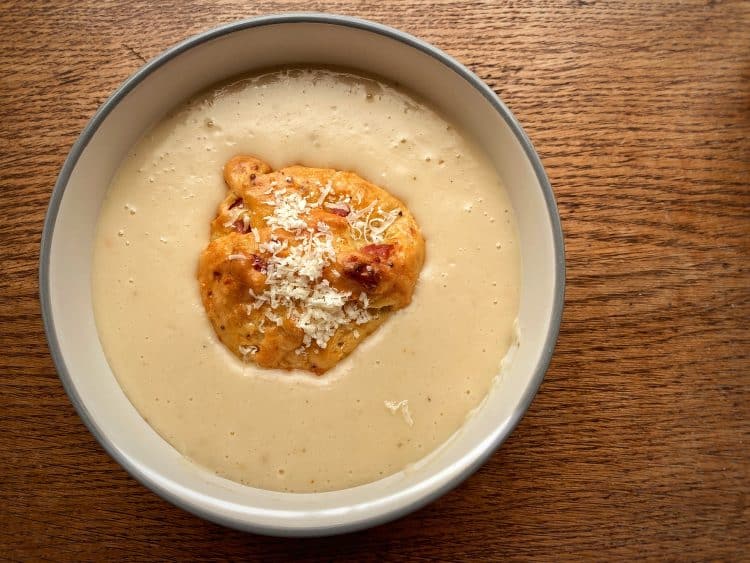 A classic European dish said to have originated in Germany or eastern France, beer soup biersuppe (or beer soup) is traditionally roux-based and made with beer, as well as often being flavoured with cinnamon, lemon peel, or even raisins.

According to Time/Life Foods of the World – The Cooking of Germany, published in 1969, beer soup dates back to the Middle ages drawing to a close. An age of trade began for Germany, bringing new goods and great wealth. This also brought about a newfound appreciation for the art of fine cooking amongst the rising middle class, allowing them to keep up with nobles when it came to feasting.

Further testimony to the German love of beer, beer soup is said to have been invented during the end of the 16th century, served to 700 guests at the wedding of a Berlin maiden. The meal began with a beer soup heavily spiced with pepper and ginger, served on a table set with enormous cheeses. Four kinds of beer were also served to wash it down.

Having become a particularly popular dish in Germany, France, Belgium and Holland, beer soup is sometimes eaten as a breakfast soup, and either hot or chilled down, occasionally poured over bread.

In the UK, the concept of beer soup often divides opinion, but it’s a delicious soup even for those who don’t drink beer. Yes, the beer is present, but this recipe also teams it with chicken stock (or vegetable stock to make it vegetarian), bread crumbs, and a good amount of crème fraiche which adds plenty of decadence to the dish. It’s great on its own, with some crusty bread, but even better when served with gougères, ideally studded with ham and cheese.

Far easier to make than is typically expected, gougères are a form of savoury choux pastry often filled with cheese. The below gougères recipe begins by heating water, butter and salt in a pan before folding in flour. The dough is then mixed with eggs before grated gruyere and diced ham are added. The dough is then portioned with a tablespoon (no need for piping) and baked in the oven before being used as game-changing beer soup croutons. 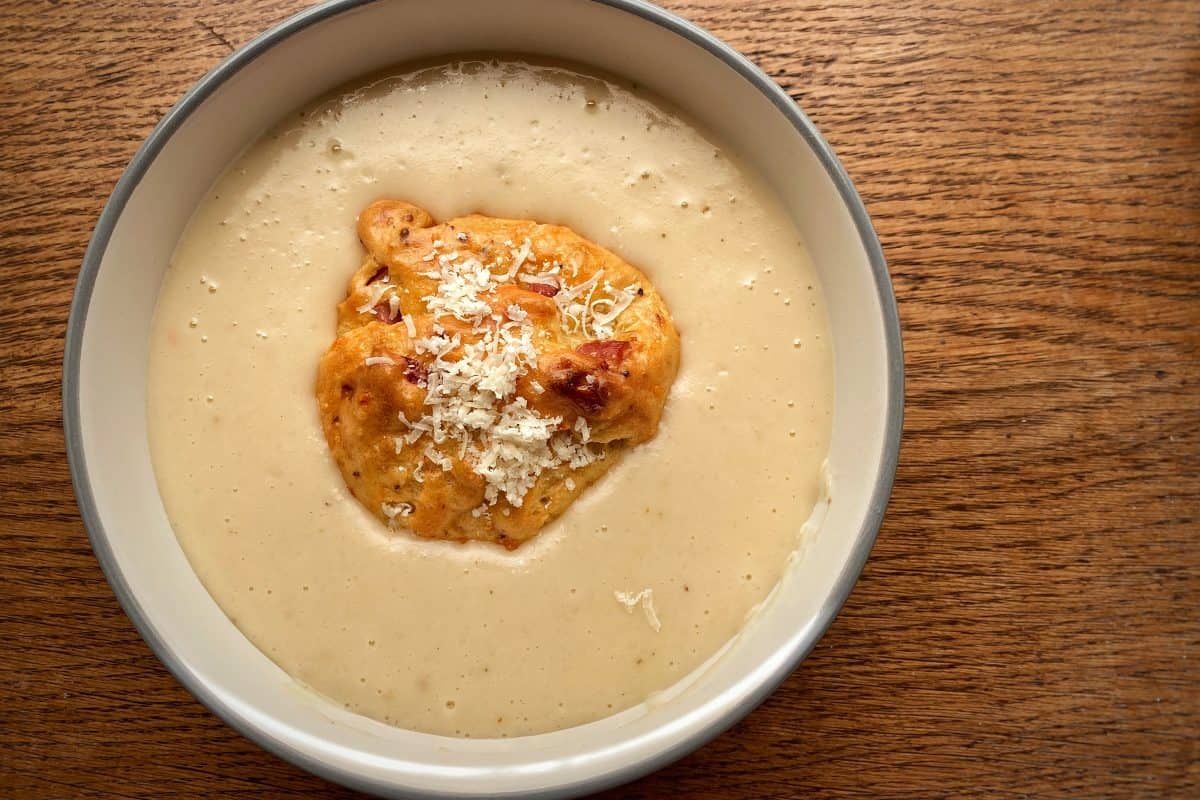