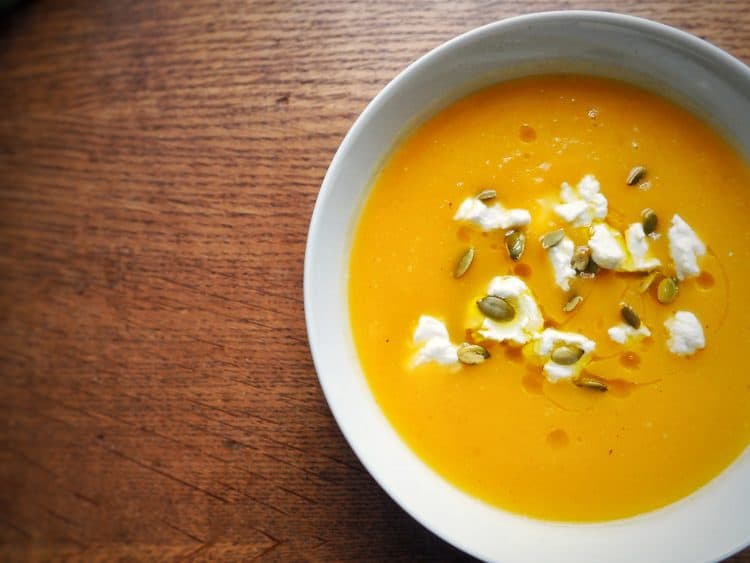 Synonymous with Halloween and Thanksgiving in both North America and Canada, pumpkins are a versatile cooking ingredient, with almost all parts of the fruit edible, including the fleshy shell, seeds, leaves, and flowers. Pumpkin is also a staple of hundreds of dishes in many countries around the world, though pumpkin soup, breads, and pies are some of the most commonly recognised in the UK.

With over 40 variations of pumpkin species, Jack-O’-Lantern pumpkins are some of the most commercially available, particularly during October. Although favoured for their appearance, to be carved and displayed as Halloween decorations, Jack-O’-Lantern pumpkins are made up of 90 percent water, which has a profound effect on the final product’s flavour and texture. As a result, the flesh tends to have a vegetal, bland flavour and watery texture. Sure, they’re fine for making soups or other particularly wet dishes, but I’d recommend using another variety for your pumpkin recipes (even in this roasted pumpkin soup recipe).

Ironbark or Delica pumpkins are particularly good for cooking, with Ironbark pumpkins having a drier texture and gorgeous, sweet tasting flesh. Ironbark pumpkins can be harder to prepare than Jack-O’-Lanterns, given their size and thicker skin, yet they’re an absolutely delicious, severely underrated pumpkin variety. Moreover, pumpkin is also a great source of vitamins and minerals such as vitamins A, B2, C and E, plus iron, copper, manganese, and potassium.

This pumpkin soup recipe is both delicious and easy to prepare. The pumpkin is cut into wedges and roasted with the skin on, to promote some caramelisation and coax out even more of that natural sweetness, which is completed with just a dash of good maple syrup. The roasted pumpkin is also simmered in chicken stock. Vegetable stock can be used to make the soup vegetarian, but otherwise chicken stock lends far greater depth of flavour. It’s then blended and garnished with dollops of soft goat’s cheese, toasted pumpkin seeds, and a drizzle of extra virgin olive oil. 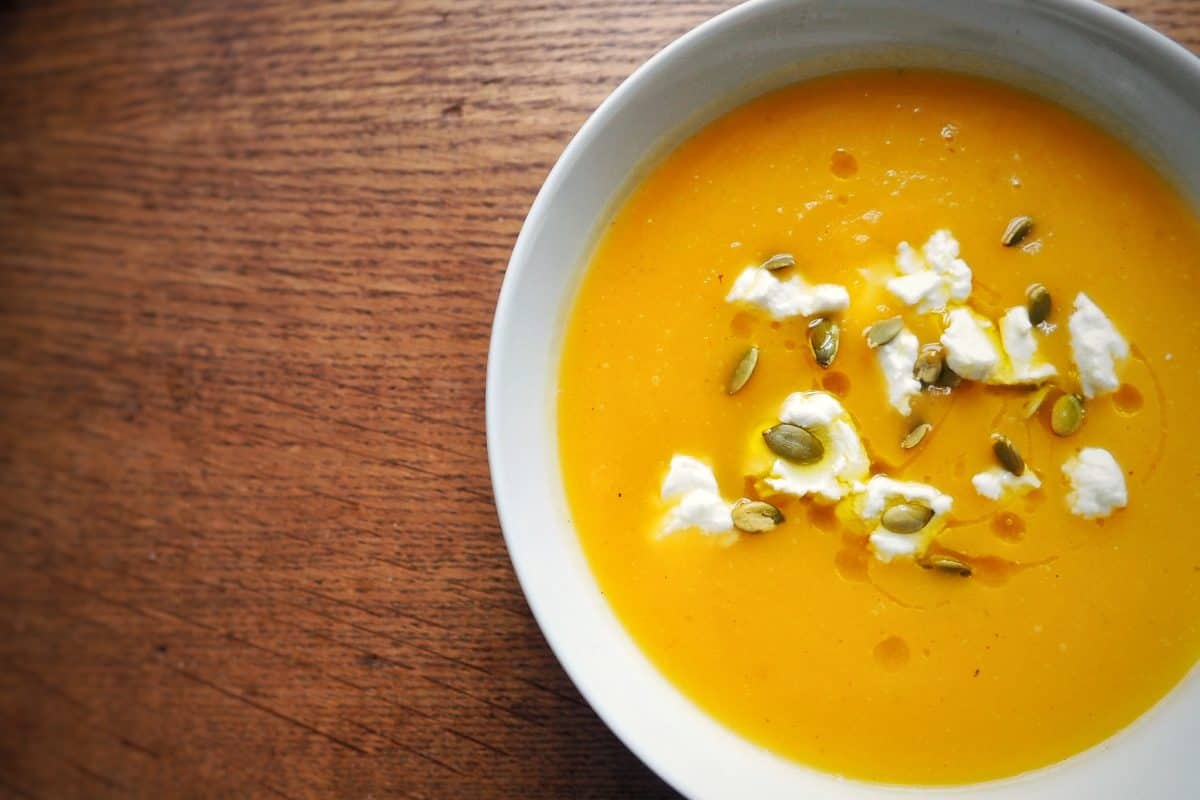