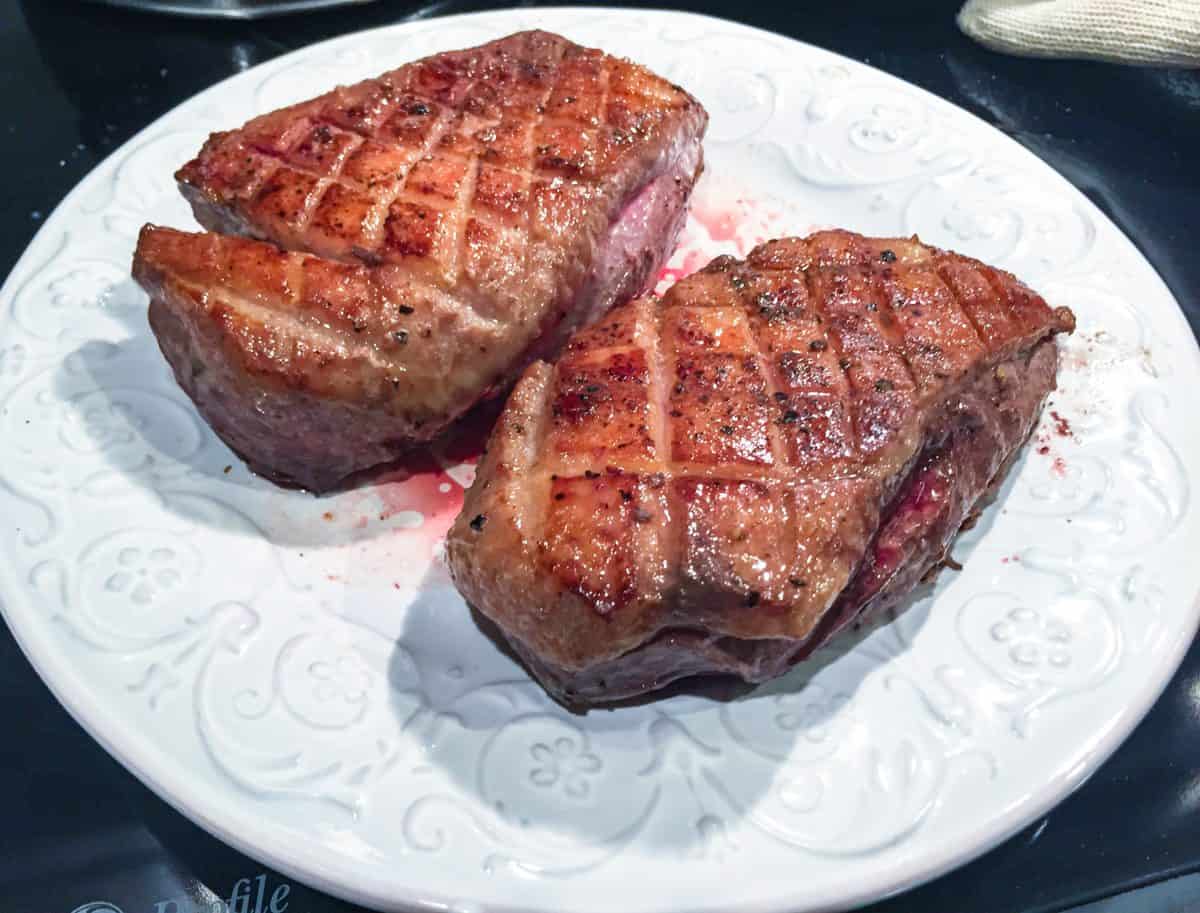 While plum sauce is most commonly associated with Chinese duck dishes, canard à l’orange is arguably the most popular Western European duck breast recipe. Although most typically associated with French cuisine, the dish is actually alleged to originate in Florence, Italy.

Originally known as ‘papero alla melarancia’, what’s now known as canard à l’orange (duck with orange) is said to have been invented in Florence during the Middle Ages, when pairing meat with fruit became popular, and citrus fruits were utilised as a means of preserving meat. When Caterina de’ Medici, daughter of Lorenzo II de’ Medici, ruler of Florence, married future king of France, Henry II, the dish is said to have been exported to France. Caterina de’ Medici was accompanied by forty chefs from Siena and Florence when she moved to Paris in the 1520s, bringing some of their best recipes, many of which were later claimed by the French.

Eaten in many cuisines around the word, duck is high in protein and iron, but also in fat, which deters some people from cooking the bird at home, with a general consensus that suggests duck is difficult to cook well. The fact that duck breast can be served pink, like most red meats, actually makes it far more forgiving than most poultry; and when the thick layer of subcutaneous fat (for insulation) is rendered properly, it’s absolutely delicious. In addition to the breasts, confit duck legs are a wonder of the culinary world, the liver is commonly used for foie gras, in place of goose, and the fat is amongst some of the world’s most cherished for cooking.

To get it right every time, the perfect duck breast recipe calls for a cold pan, wide enough to contain the breasts with space around them. Cooking over low heat, in a pan that hasn’t been pre-warmed, helps the fat to render properly, ultimately encouraging the skin to become crisp. I also dry the duck breasts with paper towels and leave them to air in the fridge for a couple of hours, cooking them from chilled rather than bringing them to room temperature, as with steak.

Scoring a cross-hatch on the skin and seasoning generously is also essential here, providing the cuts are fairly shallow so not to expose the flesh. This increases the surface area of the fat, helping it to render quickly, with more exposure to the heat of the pan. After slowly cooking the breasts skin-side-down for around 15 minutes, the flesh requires very little cooking time for a medium rare duck breast (which is recommended), with an internal temperature registering at around 120-130F. Like steak, the duck breast can – of course – be cooked well-done, but much of the flesh’s softness will be lost, with the bird quickly dehydrating and becoming chewy. If you don’t have a meat thermometer to hand, you can test the doneness by pressing it with your finger. It should be firm, yet springy.

A versatile meat that’s suited to numerous dishes, this duck breast recipe pairs the bird with a simple plum sauce, more akin to a loose jam than plum sauce typically used in Chinese cooking. I find the sweet-sharpness of the plums works particularly well with the richness of the duck breast. Serve with thin slices of potato with garlic, cooked in duck fat; dark green vegetables; or whatever you fancy. Just don’t forget to reserve the strained fat in a glass jar – it’ll keep for a good few weeks in the fridge. 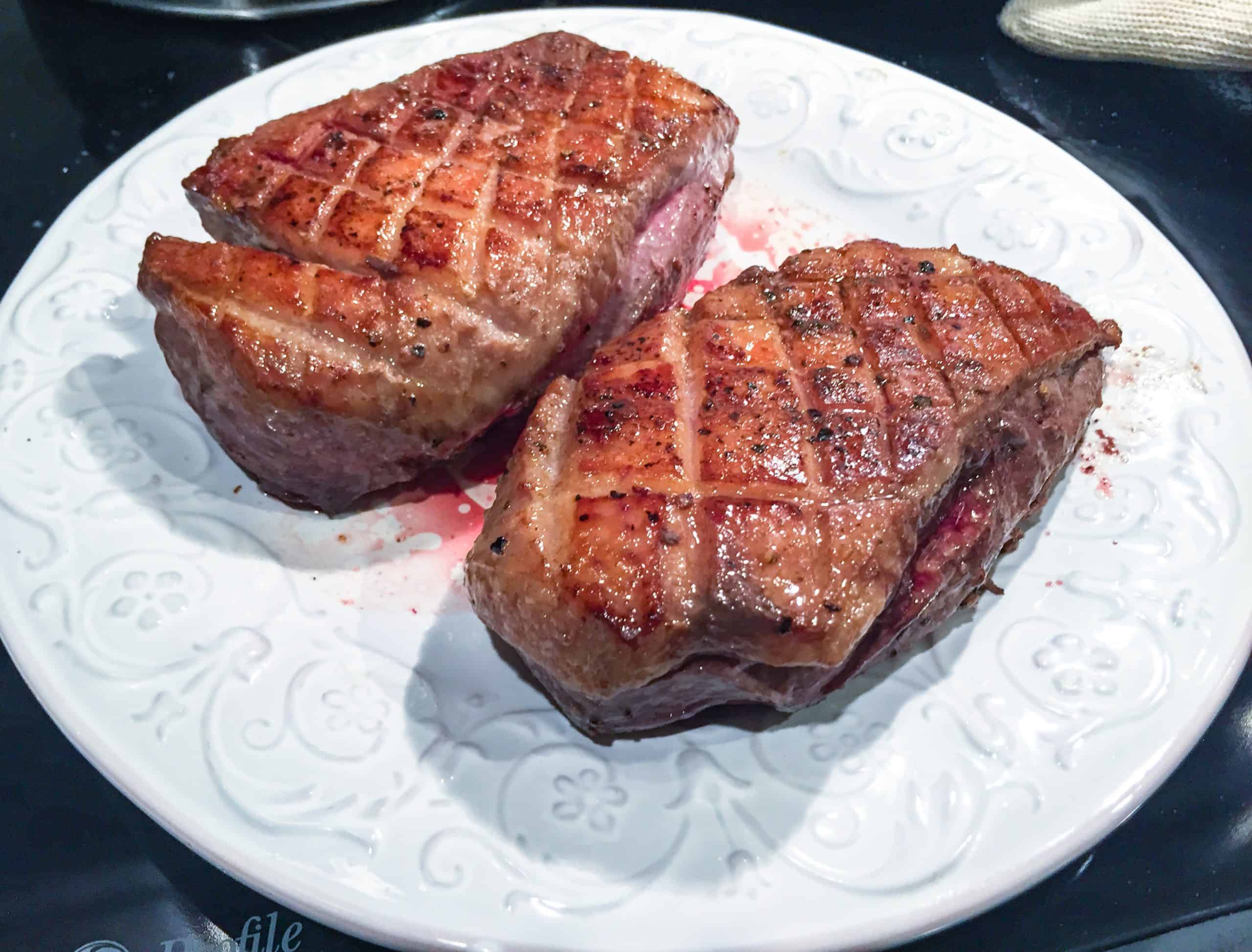 RELATED: How To Make: The Best Rhubarb & Ginger Crumble