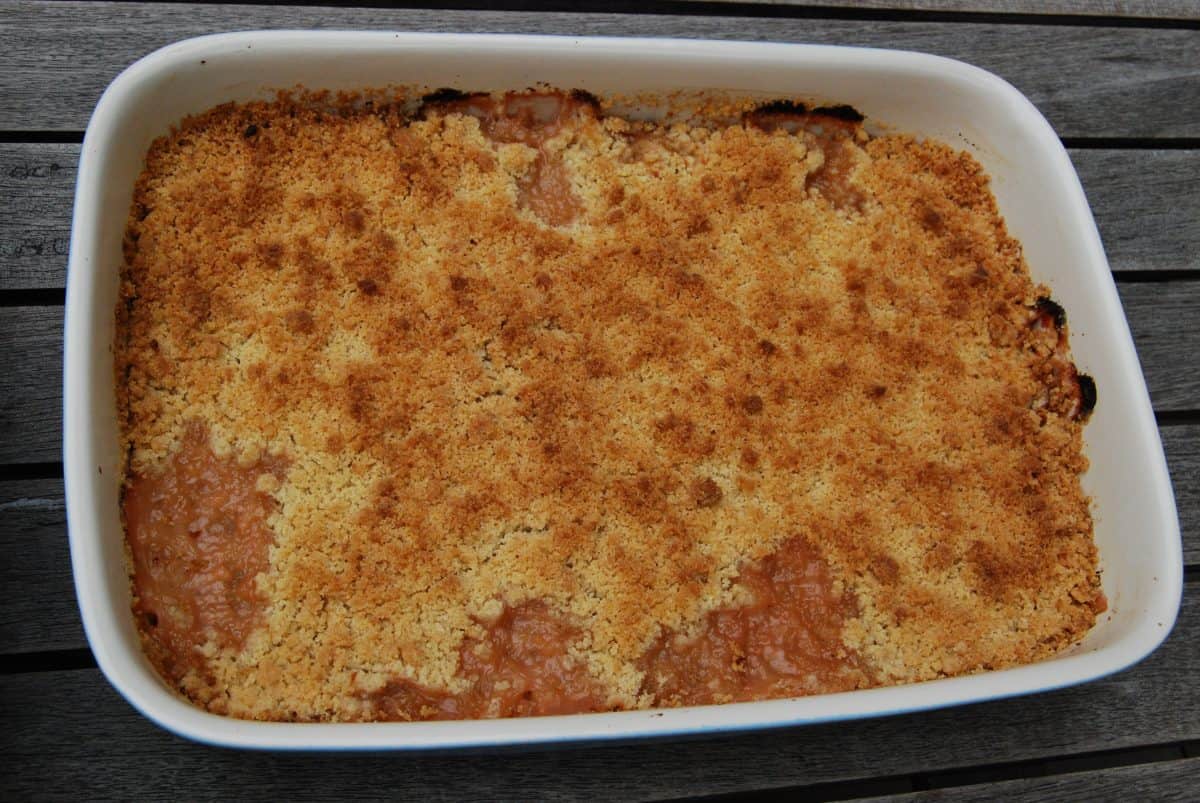 One of the easiest traditional British puddings to make at home, crumble can be made with a wide variety of fruits (or even with savoury fillings). As the days begin to lengthen and we patiently await the first thrums of spring, there are few desserts more appealing than classic rhubarb crumble. While even the simplest rhubarb crumble recipe will produce something delicious, a few simple tips can take this seasonally-appropriate British classic to the next level.

When Britain experienced a shortage of pastry ingredients, as a result of rationing during the Second World War, crumble became an economical alternative to pies. To save on flour, breadcrumbs and oats were often utilised in the dish, though most traditional crumble recipes have a topping of just flour and butter. Pairing rhubarb with ginger, this rhubarb crumble recipe has a topping which comprises flour (plain or self-raising is fine), butter, demerara sugar, rolled oats, and chopped almonds.

With a season that typically spans from late December to the end of summer, beginning with intense forced rhubarb from Yorkshire, with its vibrant Elephant & Castle pink hue, followed by the later arrival of the outdoor variety that’s woefully underappreciated. While the colouring is less social media-friendly, it’s still delicious; especially when slightly sweetened and baked into a perfect rhubarb crumble.

I love both, sliced into roughly 2cm chunks and bolstered by some fresh ginger, lemon juice, vanilla extract, cinnamon, a pinch of salt, and a little white sugar to temper the fruit’s sharpness without stripping it of its character. Stewing the filling before topping isn’t strictly necessary, but it gives the rhubarb a slight head start, helping the fruit to caramelise slightly and to give off some of its excess moisture – which can be left in the pan, drained slightly, or even drizzled over the crumble topping before or after cooking.

Using cold butter and chilling the crumble topping once prepared will also help to keep it firm as it cooks, ultimately producing a crumble with a gloriously crisp, biscuity lid. While packet crumble mixes seem convenient, they’re far less delicious than the homemade variety, which couldn’t be easier to make at home; even with just butter, flour, and sugar. A food processor will make life even easier, but the crumble topping is also simple to make by hand.

Custard is another absolute must when it comes to rhubarb crumble. Bird’s is fine, but the ginger’s warmth in this rhubarb crumble recipe is especially suited to simple, delicious cardamon-infused custard. 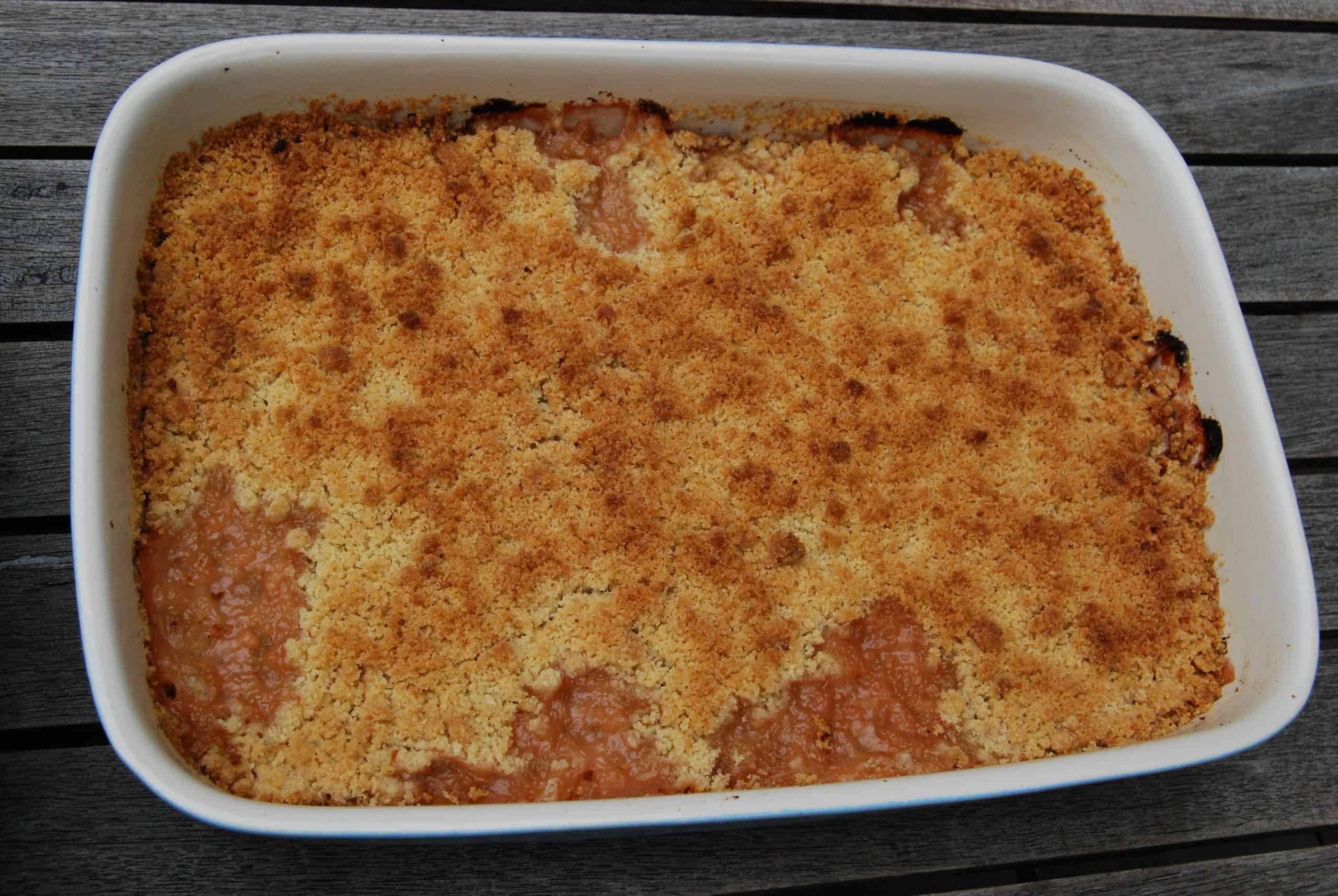 For the crumble topping

For the cardamom custard

To make the cardamom custard