Sister to adjoining Michelin-starred Galvin La Chapelle, Galvin HOP Bistrot & Bar has been re-invented for 2019, recently equipped with a meat and cheese counter and a new menu. Modelled on the fashionable bistrot and bars of Paris and New York, the Spitalfields restaurant continues to serve brothers Chris and Jeff Galvin’s high-standard of food […] 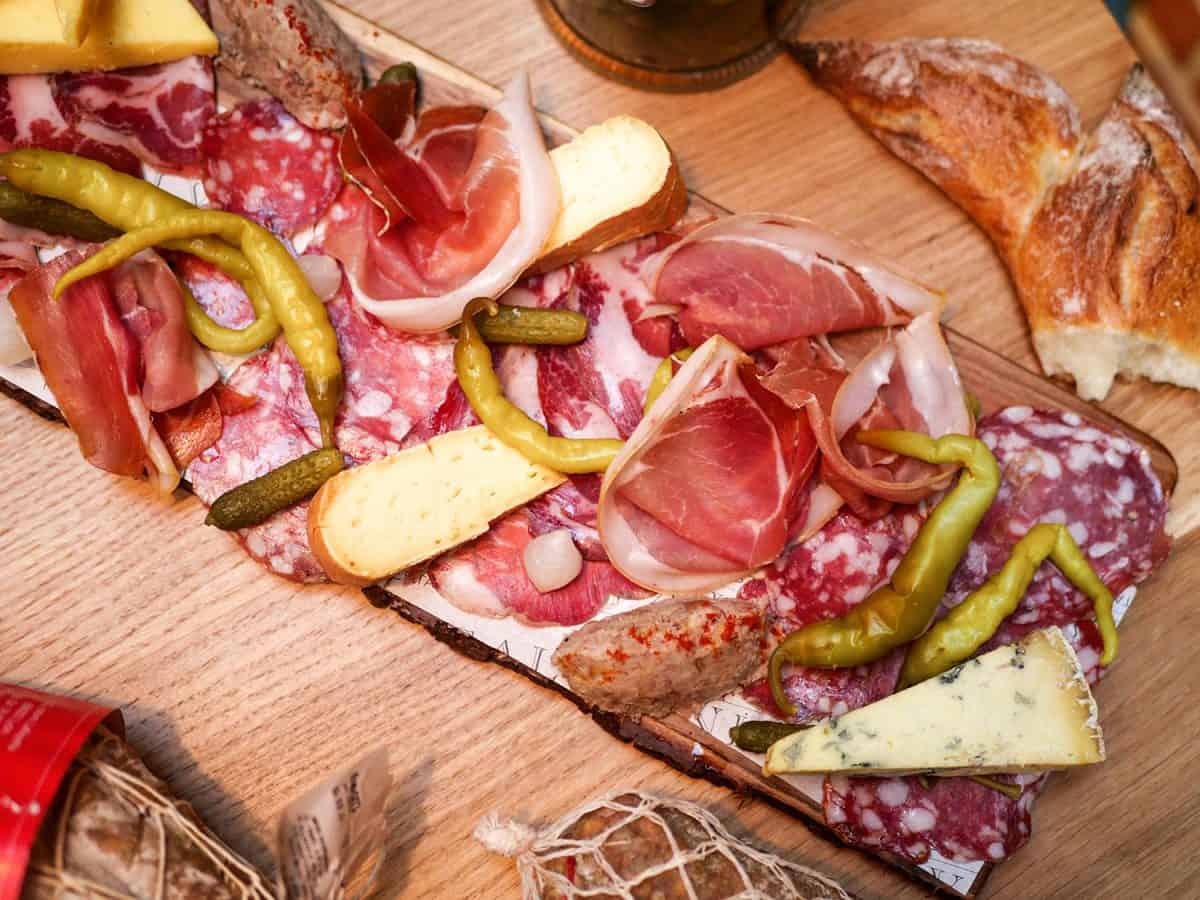 Sister to adjoining Michelin-starred Galvin La Chapelle, Galvin HOP Bistrot & Bar has been re-invented for 2019, recently equipped with a meat and cheese counter and a new menu.

Modelled on the fashionable bistrot and bars of Paris and New York, the Spitalfields restaurant continues to serve brothers Chris and Jeff Galvin’s high-standard of food while acting as a less formal alternative to the likes of La Chapelle or Galvin at Windows on the 28th floor of the Hilton Hotel on Park Lane. Here, the new menu has a prominent focus on cheese and charcuterie from the UK, Italy, France and Spain.

On the introduction of the restaurant’s new meat and cheese counter, co-founder Chris Galvin said: “Charcuterie has changed beyond all measure in the last five years. In particular, there has been a growth of high-quality produce both imported and home grown that just hasn’t been previously available in the UK. We hand source our artisanal meats and unpasteurised cheeses from suppliers we’ve known personally for a long time. Served with pickles and the finest breads on an olive board, this is a great way to eat at any time of the day.”

In addition to the new focus on charcuterie, the wine list also features a number of natural and organic wines, each available alongside a selection of wines on tap, classic and creative cocktails, and Pilsner Urquell unpasteurised beer that’s stored in copper tanks, delivered weekly from the Czech Republic. Alongside the copper tanks acting as an interior feature, the space is also bedecked with a pewter-topped bar and unclothed tables. In keeping with the food and interiors, service is similarly relaxed, albeit efficient.

To follow, a slab of suckling pig belly was deftly cooked, crowned with a sheet of brittle crackling, accompanied by smoked mashed potato with light, wispy consistency – foamy, almost – and a devilishly rich sauce spiked with Pedro Ximinez. Baked trout, on the other hand, featured a thick tranche of fish with blushing flesh and crispy skin, served over a garden of vivid green peas, pea tendrils and ribbons of wild garlic, drizzled with a subtle butter sauce empowered by lardons of Alsace bacon. A modern iteration of a brasserie classic, ideal for spring. Also seasonally appropriate, a simple dessert combined sweet, juicy Gariguette strawberries complemented by a whisper of basil and crushed pistachio nuts.

“We’ve put a lot of effort into researching the needs of our customers who might be local residents, city workers or destination diners,” added Chris Galvin. “The re-imagined Galvin HOP is already wildly popular but we never stop looking at areas we can improve.”