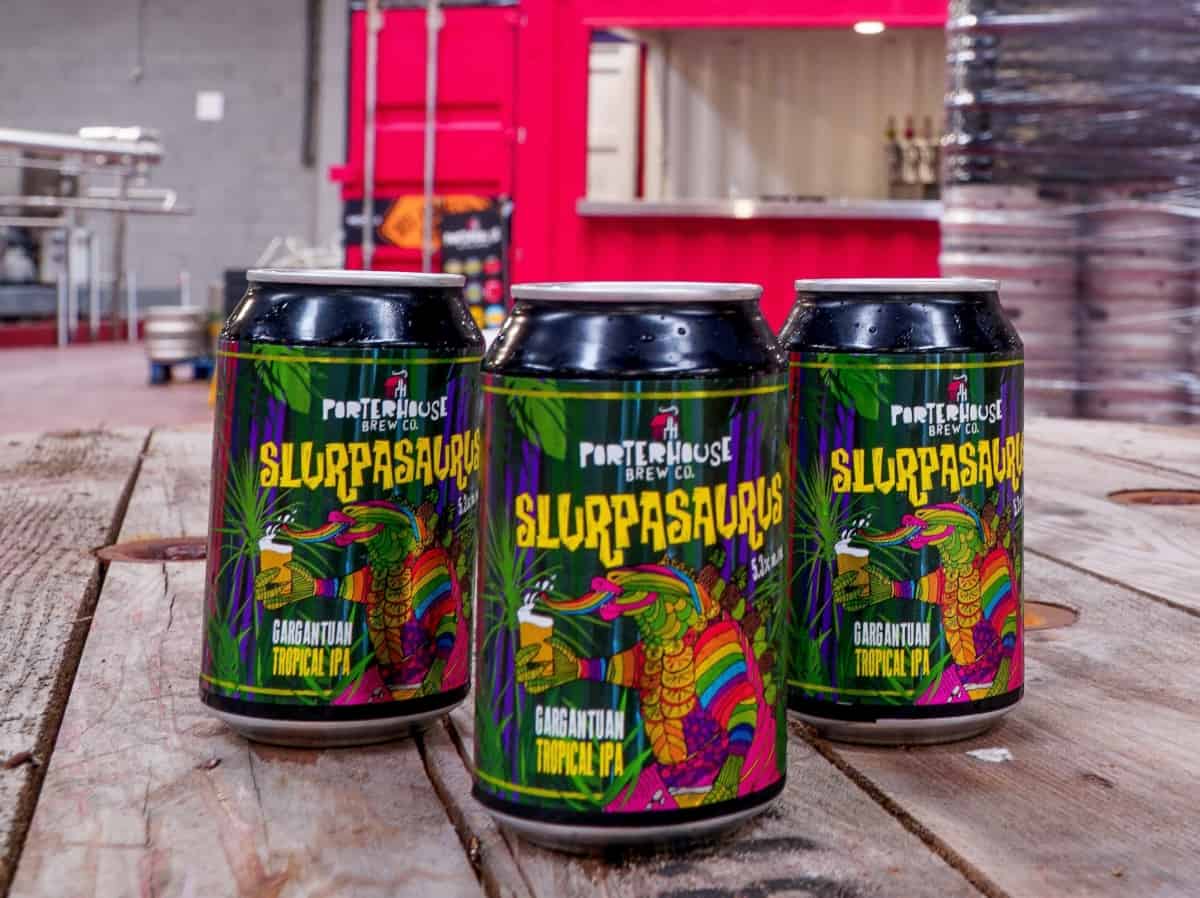 Following the launch of its new state of the art brewery in Dublin, family-owned Irish craft brewer, Porterhouse Brew Co, has launched a new series of IPAs to join its award-winning stouts and porters, in response to the rising demand.

Established in response to the bland and mass-produced beers from multinational companies which dominated the Irish market in the 1990s, Porterhouse Brew Co launched Dublin’s first brewpub in 1996 before launching as an international brand in 2017. Since then, the independent brewery has become an innovator of Irish brewing, with a team that combines the expertise and knowledge acquired over the last two decades. A verified member of Origin Green, a Bord Bia initiative enabling Ireland’s food/drink industry to set and achieve sustainable food/drink production, the brand’s new brewery has also facilitated various environmental initiatives, allowing for more sustainable brewing. Spent grain is reused as cattle feed by a local farm, spent hops are collected and utilised for composting, and the new brewing equipment is specifically designed to be energy efficient.

The first four of five new IPAs have been introduced, with three available in cans. The fifth is yet to be announced and will be launched in November 2019. Already available, their Milkshake IPA is a NEIPA style, available on draught at the brewers’ Covent Garden pub. Canned beers include Yippy IPA (an American IPA), Be Low session IPA and Slurpasaurus, Gargantuan Tropical IPA brewed with Aurora, Galaxy, Mosaic, Simcoe and Euakanot hops.

Elliot Hughes, (son of the late Oliver Hughes, an original founder of Porterhouse Brew Co) and the youngest Partner at Porterhouse Brew Co said: “Those who are familiar with our beers really like what we stand for, which has always and continues to be, quality and honesty. They like the fact that we are an independent, Irish-owned, family-run company brewing all our beer in Dublin. Consistent, quality beer is what Porterhouse Brew Co has become synonymous for, and we continue to deliver on that expectation. However, innovation and the rise of the conscientious consumer are fundamental considerations we’re putting into practice to ensure our beer appeals to new generations and a wider audience of beer drinkers. We’re continuing to pioneer the Irish craft beer revolution and our broader portfolio of IPAs in the pipeline is just the start.

“The new generation of beer drinkers are always looking for something new and different and it’s up to us to strive to give it to them. We believe in our concepts and are passionate about creating new and diverse experiences, not for the sake of it, but because we trust people will actually enjoy them.”

Peter Mosley, Head Brewer and Director at Porterhouse Brew Co added: “Since we began brewing, we have managed to remain true to our original values of honesty, independence and our commitment to quality. The investment into our new brewery’s state of the art equipment allows for us to monitor that quality using various quality assurance systems such as Analytical Chemistry (samples checked for ABV, colour, bitterness, pH, sugar content, turbidity, oxygen, nitrogen and carbon dioxide levels) Micro Analysis (beer samples and brewing yeast culture routinely checked for presence of beer spoilage microbes and or wild yeast) and Water Testing (brewing liquor tested for hardness and chlorine levels.) Of course, we also use the traditional process of Taste Testing and sample our beers at all stages of production for the detection of off flavour and aroma.”

On pour, Slurpasaurus is light gold with slight haziness. Tropical fruit aromas dominate on the nose, with notes of pineapple and mango joined by some grapefruit, pithy citrus rind, caramel, hay and resinous pine. Tropical mango and pineapple notes continue on the palate, followed by some hints of sweet melon, grapefruit, bread and some grassy notes, eventually leading to a refreshingly bitter, hop-forward finish. A well-balanced take on a juicy West-Coast style IPA.