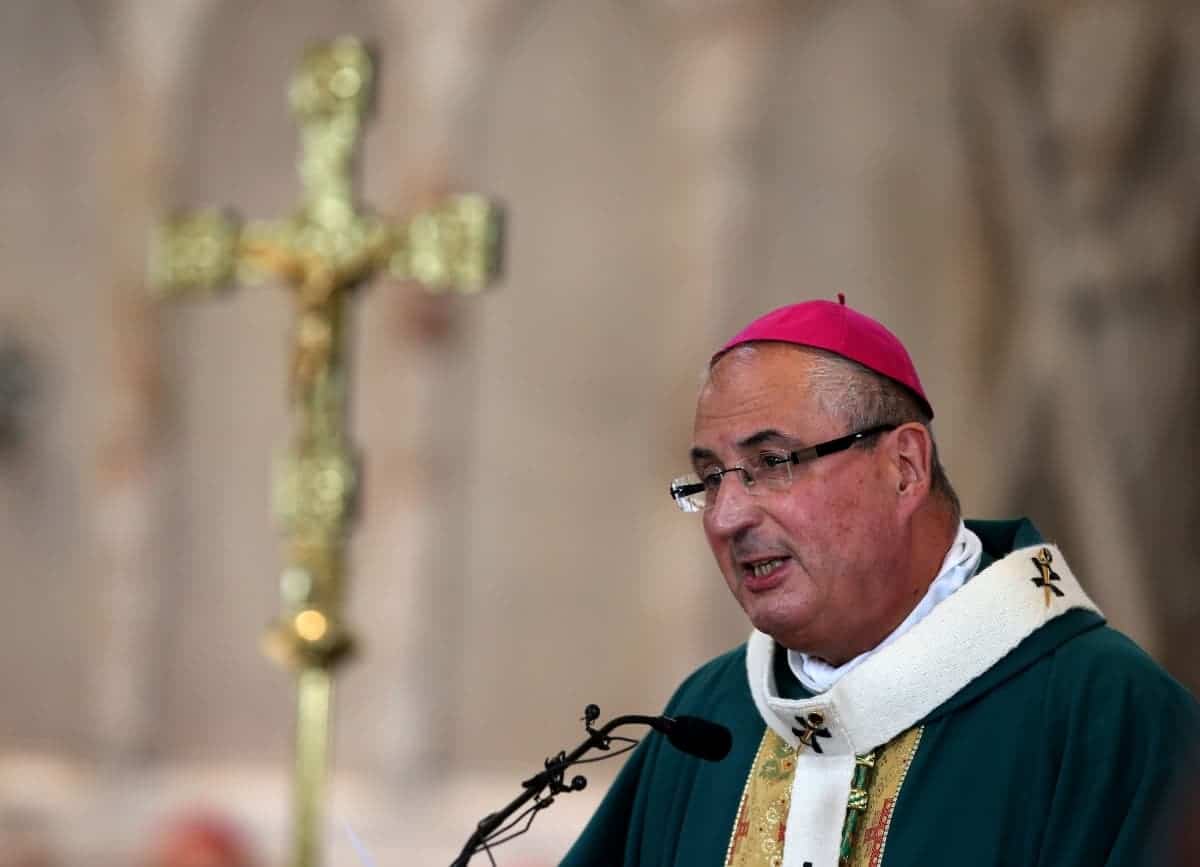 Forced evictions of unsuccessful asylum seekers have been condemned as “regrettable and harsh” by the Archbishop of Glasgow.

Philip Tartaglia accused the UK Government of “bringing indignity and suffering on the refugees and asylum seekers” in a strongly worded letter to the newly appointed Home Secretary.

Calling for evicted people to have access to “decent accommodation in accordance with their human dignity”, Scotland’s most senior Catholic addressed a plea to Priti Patel to stop making people homeless.

In his letter, the 68-year-old wrote: “I am advised that the policy of forced evictions of refugees and asylum seekers in Glasgow is now being implemented by Serco on behalf of the UK Government.

“This measure is regrettable and harsh, bringing indignity and suffering on the refugees and asylum seekers, and dismay to the citizens of Glasgow.

“I appeal to you not to make refugees and asylum seekers homeless but to provide for them decent accommodation in accordance with their human dignity and human rights.”

The eviction of asylum seekers across the city denied leave to remain began when Serco started changing the locks to the accommodation of the approximately 300 people affected.

A legal challenge arguing the evictions would be illegal without a court order was dismissed by a judge earlier this year but is now being appealed against.

Serco, which had revenues in 2018 of more than £2.8 billion, claims people staying in properties without government funding is costing the housing provider an estimated £1 million a year.

Julia Rogers, Serco’s managing director for immigration, said: “We very much regret the distress this will cause but hope that it will be understood that we cannot be expected to provide free housing indefinitely to hundreds of people who have been unsuccessful in their asylum claims and most of whom have no legal right to remain in the UK.

“We call on all parties to work with us constructively to help people navigate their way through to a new future beyond the asylum system, and we will be making funds available to charities to support this work.”

Judith Robertson, the chairwoman of the Scottish Human Rights Commission, which is involved in the legal challenge, said: “This case raises serious human rights implications for people who are already in a deeply vulnerable position.

“Nobody should be left deliberately destitute and homeless by the actions of
the state or by organisations delivering services on the state’s behalf.

“Locking people out of their homes, leaving them destitute and vulnerable on Scotland’s streets, is, in the commission’s view, a clear violation of these human rights responsibilities.”