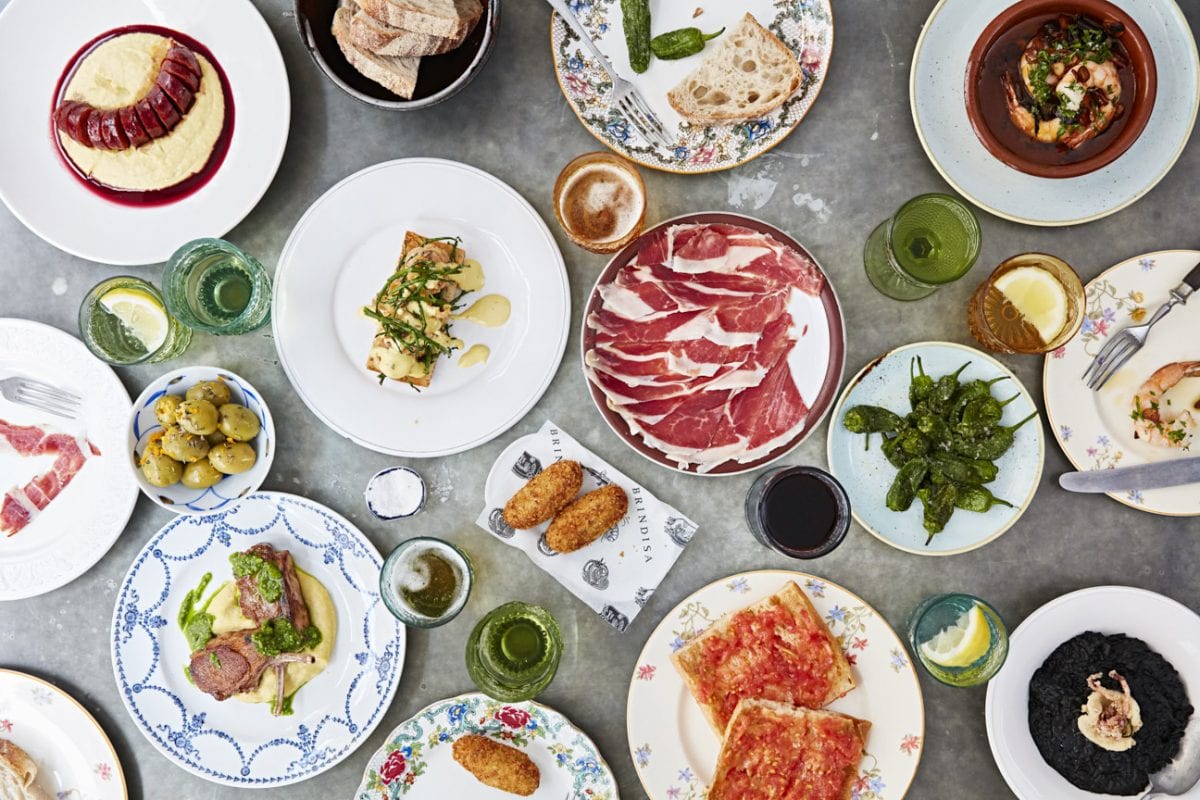 With plenty of exciting launches constantly taking place across the Capital, we pick London’s best new restaurant and bar openings taking place over the coming month.

Marking 30 years since founder Monika Linton first brought the best artisanal Spanish produce to the UK, Tapas Brindisa’s latest restaurant occupies as space in Battersea’s Power Station development, overlooking the banks of the River Thames. Centred on Spanish home-cooking, with recipes collected over the years by Monika and Brindisa’s chefs, the new restaurant menu includes dishes such as cured and smoked Cecina beef with dark chocolate and Manchego; roasted aubergines with peppers and black olive dressing; and salt cod with anchovy, frissé and romesco salad. These will be available alongside Brindisa classics including Gambas al Ajillo; Monte Enebro with orange blossom honey and beetroot crisps; hand-carved 100% acorn-fed Jamón Ibérico Bellota; and black rice with crispy squid.

New for Brindisa, the restaurant will also have a dedicated, in-house cheese and charcuterie bar, spotlighting the producers with whom Monika has worked closely with over the years. From selections of Monika’s favourite charcuterie, available to eat in or take away, to hand-picked, seasonal cheeses aged in Brindisa’s cheese rooms in Balham by Monika’s husband Rupert.

The latest project from Sunny Hodge (ex-Margot assistant manager), Diogenes The Dog is inspired by the infamous Greek philosopher who founded the philosophy of Cynicism. Set across two floors, the 60-cover space sees the transformation of a former pub into a new-wave wine bar and shop. Sourcing from winemakers at the forefront of emerging regions, Diogenes The Dog will intend to provide an insight into the counterculture of the wine world. Featured wines from the rotating list based on Sunny’s personal connections will showcase lesser discovered regions and off appellation twists such as Hibernal 2017 from Winnica Turnau in Poland; Messina Hofs Blanc du Bois from Texas; and Ixe Tempranillo from Tuscany. Glasses are priced between £5 and £14, guaranteeing accessibility.

Small boards of Italian cheeses and charcuterie from Cannon & Cannon meats will also be served during the evenings. Open seven days a week, Diogenes The Dog will also serve tea from the Rare Tea Company, specially selected coffee from Guatemala and a selection of sweet pastries and bread from Kennington Bakers.

Diogenes The Dog is set to open on Saturday 3rd November and can be found at 96 Rodney Road, London, SE17 1BG. 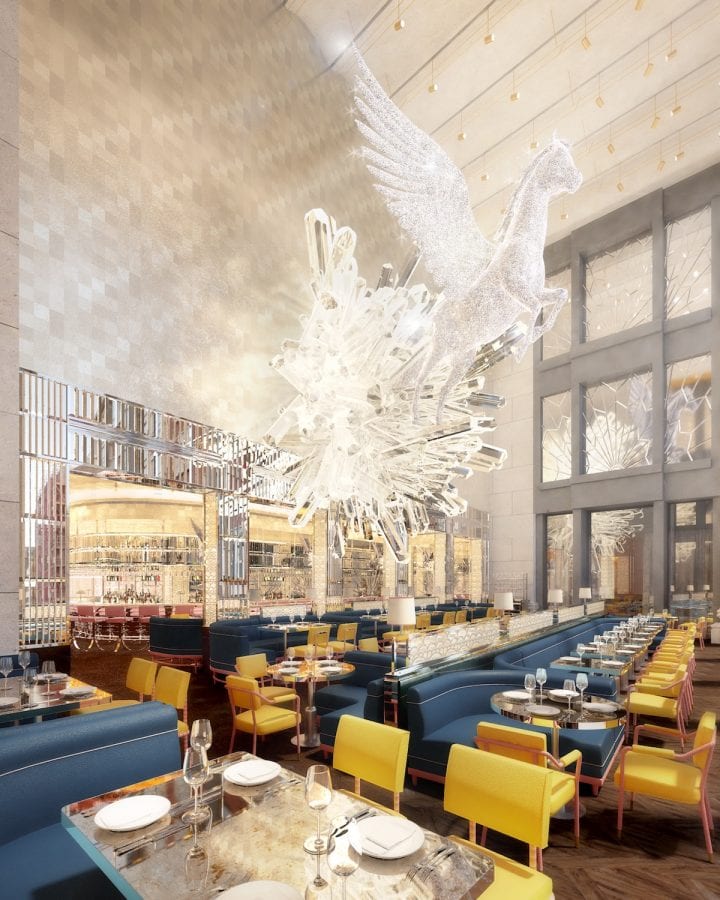 Featuring London’s largest scale artwork by Damien Hirst, Brasserie of Light – a new destination restaurant and bar from Caprice Holdings – acts as the final chapter of Selfridges’ £300 million investment for its flagship London store. Offering all day dining, the brasserie and bar will serve a mix of classic British and internationally-inspired dishes. The a la carte menu from Portuguese chef Emanuel Machado will feature dishes such as ‘scallops with red peppers, roasted fennel and capers’ to start; ‘spaghetti with lobster’ as a main course and ‘Pegasus Pie served with a yuzu coconut cloud’ for dessert. The weekend brunch menu will include avocado and poached eggs bolstered with ancient grains, turmeric, coconut and garlic hollandaise.

In keeping with the Caprice style, ‘Pegasus’ is the restaurant’s centre-piece, a piece of artwork by Damien Hirst. The 24-foot crystal encrusted statue has a 30-foot wingspan and will soar over diners with hooves lifted, while an east facing aspect floods the space with natural light. On the artwork, Damien Hirst said: “I love the myth of the Pegasus and this is such an exciting project and I love the scale of it. I hope it’s going to look like something beautiful from another world.”

Brasserie of Light is set to open in November and can be found at Selfridges (Duke Street Entrance), 400 Oxford Street, London, W1A 1AB. 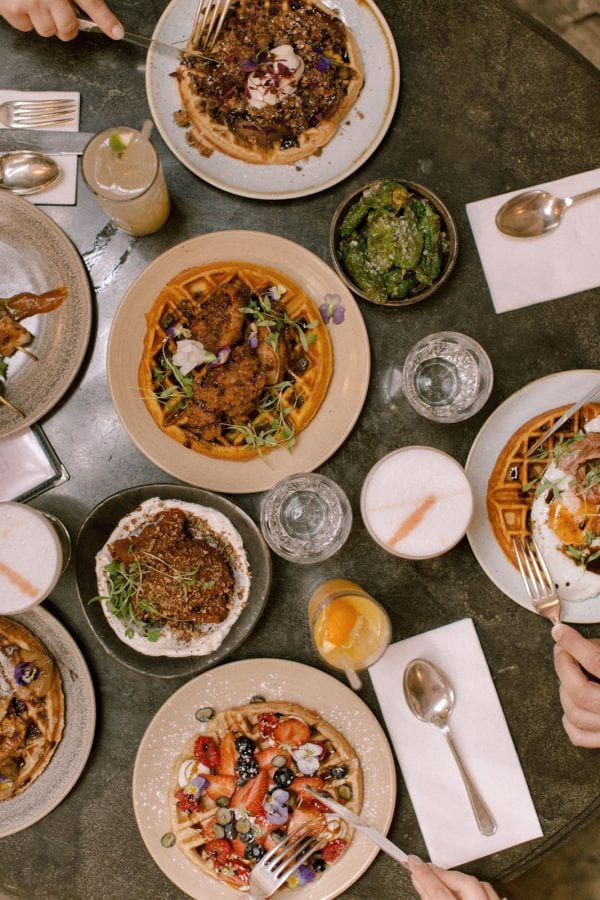 With an emphasis on sharing, the lunch and dinner menus at the new restaurant will offer dishes from “Soil, Land and Sea” categories, such as grilled hispi cabbage and smoked aubergine; whole jiang-glazed chicken alongside a variety of ceviches. The snacks menu, on the other hand, will include delicacies such as Sichuan fried chicken and pork belly chicharrones. Brunch at Pachamama East will feature dishes such as Peruvian waffles with a choice of toppings, while the main bar’s cocktail list has been designed to complement the food menu with a host of pisco driven nectars with unique Asian twists.

Pachamama East is open now and can be found at 73 Great Eastern Street, London, EC2A 3HR. 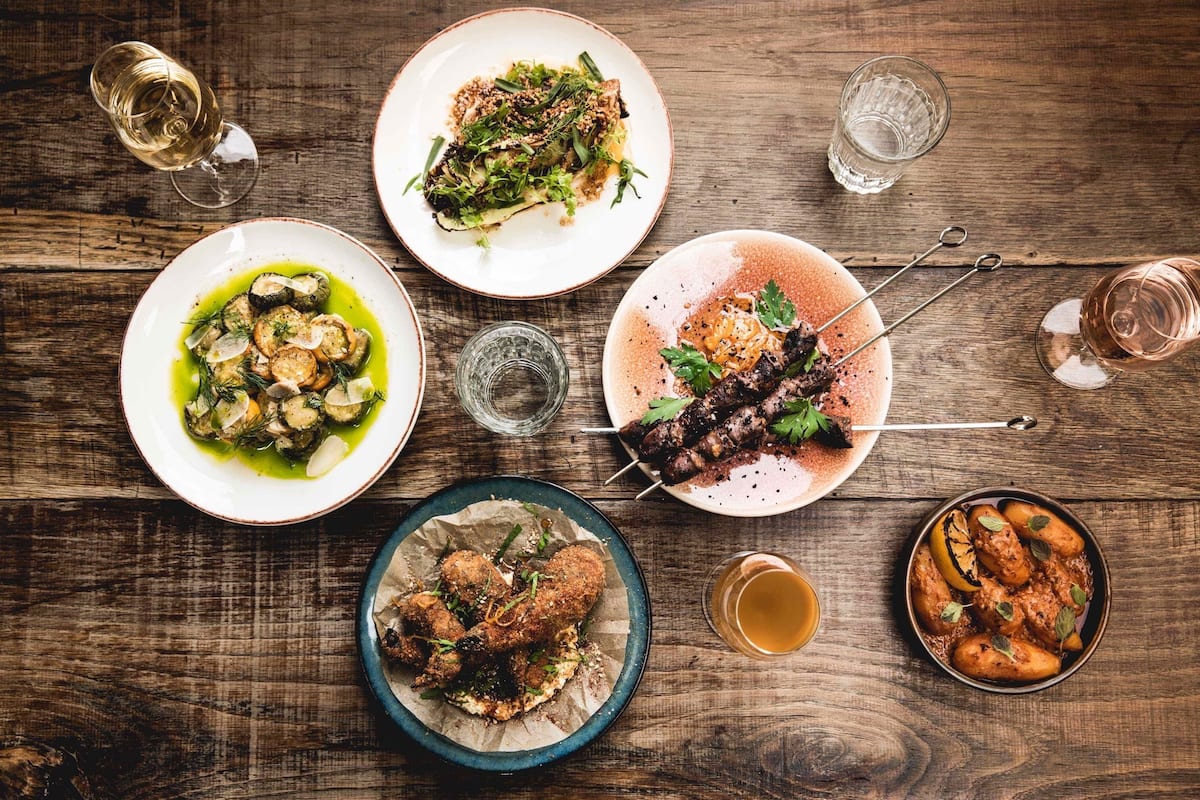 The award-winning duo behind Sager + Wilde’s new project, Fare Bar + Canteen, will serve as an all-day-dining bar and canteen in the historic Morelands building on Old Street. A multifunctional space split across two floors will house a grab-and-go coffee area, a cocktail and wine bar, and a restaurant serving a selection of modern, seasonal small plates with larger sharing dishes from the robata grill.

Fare Bar + Canteen is set to open on Monday 12th November and can be found at 11 Old Street, London, EC1V 9HL.

EartH Kitchen is set to open in November and can be found at 11-17 Stoke Newington Road, London, N16 8BH. 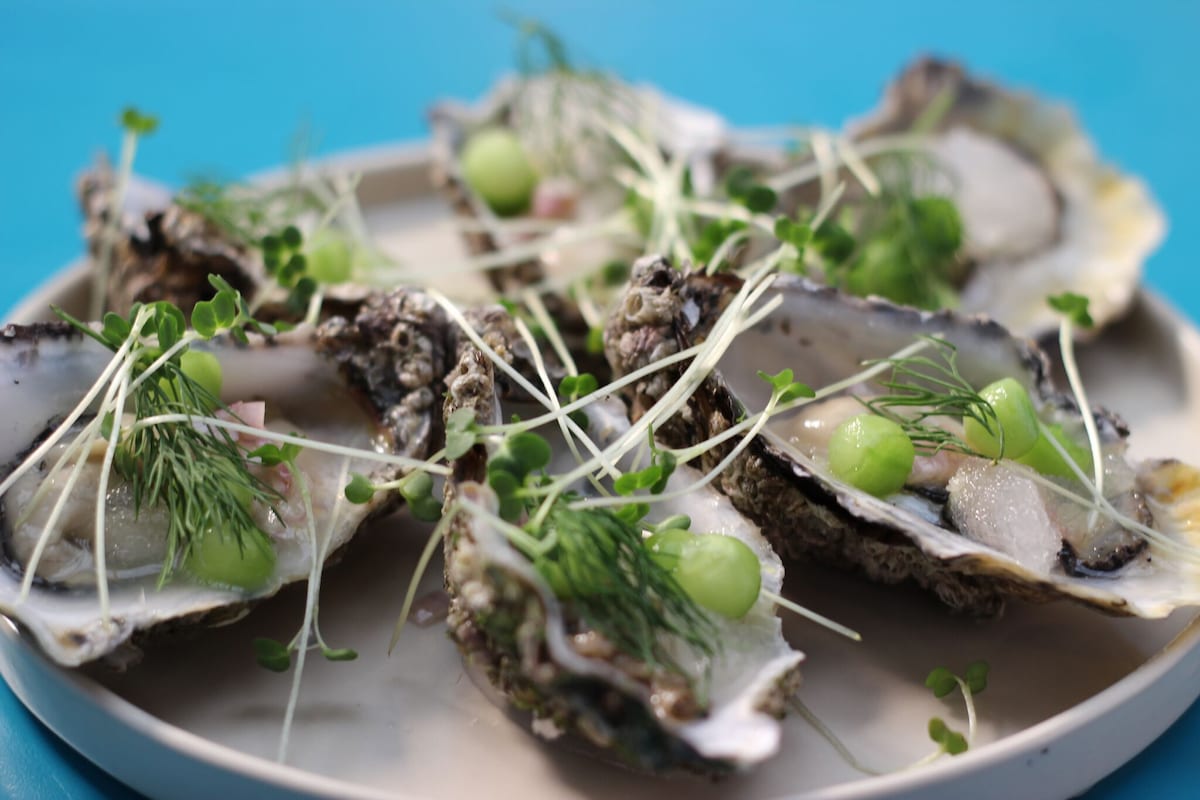 On Saturdays a ‘Brioche Brunch’ will centre around homemade baked breads and pastries, while the Sunday lunch will offer a Mediterranean alternative to a traditional Sunday roast, with slow cooked meat dishes and whole fish designed for sharing, accompanied by homemade pastas and fresh regional breads.

Cérès is set to open in November and can be found at 74 Green Lane, London, N16 9EJ.