By Jonathan Hatchman, Food Editor, @TLE_Food   Chick ‘n’ Sours – Dalston Set to open in Dalston on April 17th, Chick ‘n’ Sours is Carl Clarke’s brand new Chicken restaurant, but a little different from the rest of the area’s cheap and cheerful Chicken shops. First off, all of the free range, herb fed […] 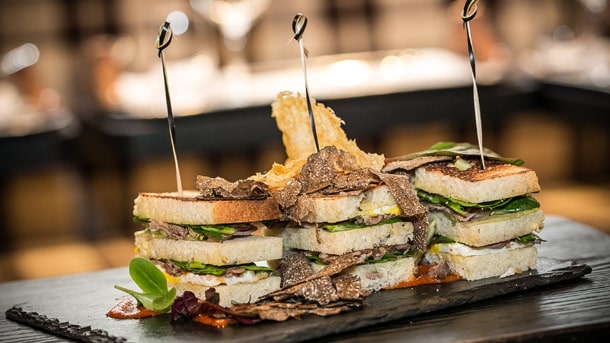 Set to open in Dalston on April 17th, Chick ‘n’ Sours is Carl Clarke’s brand new Chicken restaurant, but a little different from the rest of the area’s cheap and cheerful Chicken shops. First off, all of the free range, herb fed Chicken on offer is sourced from Pilmoore Grange Farm in Yorkshire, and will be served in a range of different ways. Also, the restaurant will specialise in fusing their Chicken dishes with sour cocktails, with sour bases including Tequila, Bourbon, Pisco, while the accompanying tinctures and syrups will all be made in-house. A selection of inventive soft serve ice cream flavours will also join the menu, with the Weetabix making the trip to Dalston most worthwhile.

It’s no secret that Greenwich’s constantly growing Peninsula is becoming one of the most sought after housing areas in London, so it’s come as no surprise that Stevie Parle is set to open a brand new restaurant venture, following the success of Dock Kitchen and Rotorino. Set to feature a strong focus on simple home cooking and locally sourced British food, the restaurant also boasts a café and bakery, which has already opened, and a meat-curing area will also become a feature. Set to open its doors on April 27th following a two-week soft launch, Craft London’s launch menu will feature the likes of Pigeon pie (£8), Galloway sirloin (£30) and Clay baked duck (£85). What’s more, as well as the a la carte menu, a tasting menu will also be on offer, priced at £65, while a pre-show menu will be available as a perfect accompaniment to events at the nearby O2 Arena.

Craft London is set to open on April 27th and can be found at Peninsula Square, SE10 0SQ.

Flat Three is a brand new restaurant that’s set to offer a fusion of Japanese, Korean and Scandinavian cuisine. Taking its name from the test kitchen ran as a supper club for some time, out of Juliana Kim Moustakas’ home. Teaming up with head chef Pavel Kanja, the restaurant will offer an a la carte menu as well as a more extensive tasting menu, as well as some rather intriguing non-alcoholic drink pairings alongside the wine pairings, all available within the cozy 40-cover restaurant. Here’s our recent Supper Club feature.

Following plenty of rumours surrounding a brand new outpost of Foxlow, the second restaurant from the Hawksmoor team – Will Beckett and Huw Gott – is set to open in Stoke Newington in April. Taking residence in the prime Church Street location once occupied by Homa, the 100-cover restaurant is set to feature a menu comprised of smoked and charcoal-grilled dishes as well as some healthier offerings. And if the menu of Foxlow’s Clerkenwell restaurant is anything to go by, the Stoke Newington foodie crowd is in for a real treat.

Joe’s Southern Kitchen & Bar is set to open on April 13th and can be found at 300 Kentish Town Road, NW5 2TG

Tartufi and Friends is set to open in April and can be found on the Ground Floor of Harrods, 87–135 Brompton Road, SW1X 7XL