By Anna Power  @TLE_Film Editor “ I take it, I take it and I flip it.” James Brown Get On Up is a moving and suitably energetic homage to the legend that was James Brown, The Godfather of Soul. Much more than a rags-to-riches tale and avoiding the usual drab pitfalls that standard syrupy colour-by-number […] 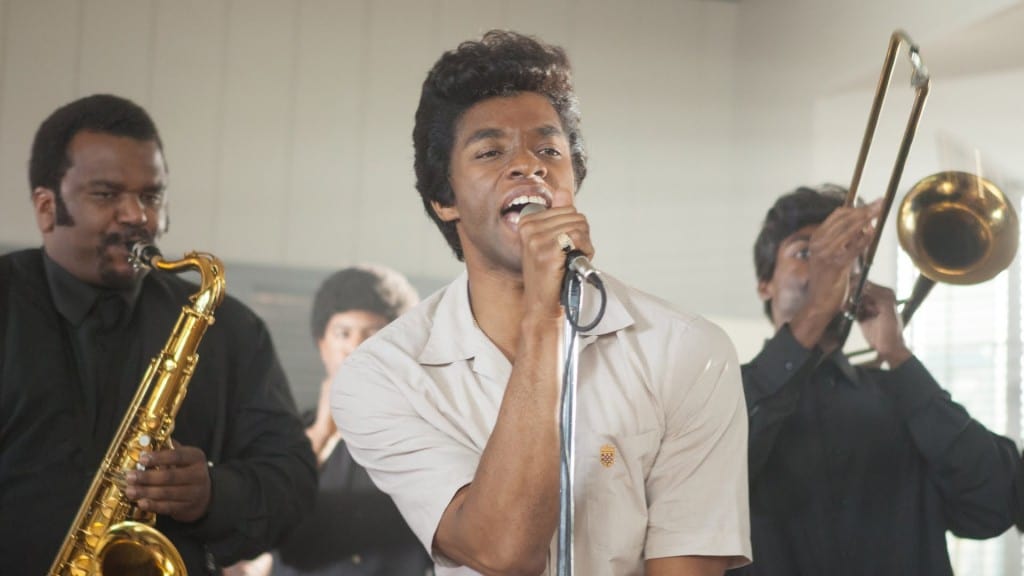 Get On Up Film

Get On Up is a moving and suitably energetic homage to the legend that was James Brown, The Godfather of Soul. Much more than a rags-to-riches tale and avoiding the usual drab pitfalls that standard syrupy colour-by-number biopics fall into, Director Tate Taylor delivers a riveting portrait of a remarkable talent and an extraordinary life.

A poor boy born in the rubble, extreme poverty, domestic violence, abandonment and abuse were all endemic in Brown’s traumatic early life. As an only child his outlet was to listen to gospel music at the local Church; high-octane, musically-inspired transcendent spirituality, which he delighted in whilst observing the high theatrics of the rousing Minister, a clear influence later on in his style as a performer.

The film skips through time with flashbacks and flash-forwards availing it with a gripping momentum, as if James Brown were caught in an act of reminiscence with a seemingly ad hoc sequencing of events, told as random recollections rather than sequential storytelling, giving the film an air of authenticity and terrific pace. This is aided by what can be viewed as a cardinal sin in film: the protagonist talking directly into the camera and self-narrating, but as this is the story of the tour de force that is James Brown, it somehow surprisingly works, allowing him to step back from his memories momentarily and connect with us, his audience.

Brown’s immense repertoire of hits fuels the film with tremendous, infectious energy, and fans of his music (aren’t we all?) won’t be disappointed; a sweetly scintillating catalogue of funk from the master showman, takes us on a journey through Soul music history bringing home just how long his phenomenal career spanned.

Although Get On Up doesn’t explore deeply the emotional fractures caused by Brown’s childhood and the consequences reflected in his later life choices, there is no doubt that we get a strong sense of the artist as a man; a deeply determined man, supremely intelligent although uneducated, a visionary both in terms of his music and as a businessman but also a flawed man, who knew loneliness.

Get On Up will have you dancing in your seat and shedding more than a tear or two but mostly you’ll come away with a sense of awe at this astonishing man’s talent and his ability to take everything that life handed him and flip it, to his way of thinking.

Get On Up is available to buy on DVD or stream on VOD from Monday March 30th.