By Jonathan Hatchman Having already swept America there is a new dining craze that has arrived on the streets of London. “Underground Restaurants”, or Supper Clubs, are eateries run by chefs with a real flair and passion for delicious  home cooked food and throwing paid-dinner parties. Think Channel 4’s Come Dine With Me, yet with less sarcastic commentary and […] 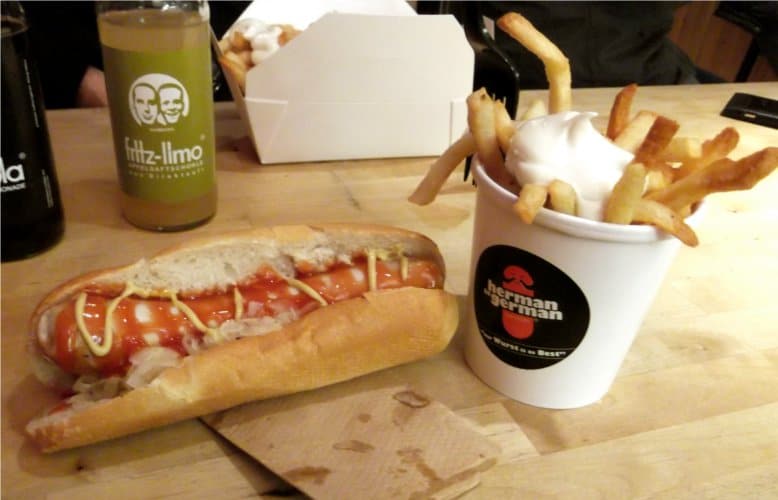 Having already swept America there is a new dining craze that has arrived on the streets of London. “Underground Restaurants”, or Supper Clubs, are eateries run by chefs with a real flair and passion for delicious  home cooked food and throwing paid-dinner parties. Think Channel 4’s Come Dine With Me, yet with less sarcastic commentary and more adventurous cooking. You know, the sort of food that’s actually fun to eat.

It follows a trend at the end of last year where people would throw dinner parties for their closest friends and family, yet rather than spending hours slaving over a hot stove, they would fork out obscene amounts of cash to bring in professional chefs and waitresses with a pricetag upwards of £750 to make a restaurant within the comfort of their own home. However, nowadays it’s refreshing to find a whole manner of less established culinary wizards heading into the kitchen to cook up a storm for a number of paying guests.

Often taking place within the host’s home, the “supper clubs” or “underground restaurants”, as they’re commonly referred to as, are essentially paid dinner parties. But why pay to attend a dinner party? Well, the increasingly popular concept provides an affordable alternative to dining in some of the Capital’s biggest, and sometimes underwhelming, restaurants. Breeding a type of community spirit that’s actually commendable, and most of all, provides an informal atmosphere encourages people to socialise with one another and make new friends while enjoying some top-notch home-cooked food. As well as being advertised through social network platforms and food blogs, websites such as EatWith and Find A Supper Club (run by food blogger MsMarmiteLover) collate Supper Clubs making finding a club near you easier than ever.

Below are a few TLE picks of the best London has to offer.

MsMarmiteLover (winner of last year’s Fortnum and Mason Food & DrinkAward for Online Writer) has been known to throw an incredible paid dinner party, with a number of events coming up, including a special Vegan event in April. And joining MsMarmiteLover’s home-grown business outlook are the likes of other pioneers such as Uyen Luu, specialising in Vietnamese food and championed by the likes of celebrity chef Jamie Oliver, operating supper club events from her home in Hackney’s London Fields, requesting a suggested donation of £35 while offering menu delights such as Saigon fresh rolls, Vegetable curry pies, Won ton noodle soup, and Prawn lollies in sugar cane.

Also offering a culinary journey back to her hometown is Italian Assia Rosica, running monthly events with a strong focus on Umbrian food. Usually these events take place from the chef’s Holborn flat, but the location for her next dinner will be the Holy Redeemer Church in Clerkenwell, where an extra special Spring menu will be prepared, featuring a main event of “Umbrian” rabbit stuffed with artichoke, priced at £33.

Doing things a little differently is the pair of Alex Cooper, a graduate of Le Cordon Bleu School in Paris and his flat mate Tom Fothergill. Their first supper club was a recreational avenue for the duo to share some of their recipe ideas within their Brixton home, and now they’ve taken over a decommissioned Victoria Line carriage at Walthamstow Pumphouse Transport Museum, serving as the location for their pop-up restaurant – Basement Galley. Offering an exquisite taster menu priced at £40, while following the success of their Underground Restaurant, the pair have recently running a supper club from The Ship’s Kitchen – the captain’s table on a 1914 Dutch barge in Barking.

Or if you’ve got something completely different in mind and fancy showing off your cooking skills at a dinner party, yet lack the confidence or space to run your own supper club? The Bonnington Café in Vauxhall offers a range of upcoming chefs to take over the kitchen for the evening. Originally opened in the 1980s as a squat Café in the Bonnington Square Community Centre, the Bohemian Vegetarian and Vegan hotspot allows regulars to take over the kitchen for their dinner parties on the first of every second month. As expected there’s an extensive waiting list, which is temporarily closed, but watch this space if cooking for a new crowd of food enthusiasts is for you.

So, with plenty of exciting new “underground restaurants” popping up all over the Country, don’t hesitate to keep watch for any local paid dinner parties, or maybe you have just what it takes to start a supper club of your own?