The range includes one device for each of Walkers’ most popular snacks – Wotsits, Quavers and Monster Munch – plus one that people can make themselves to protect their snack of choice. 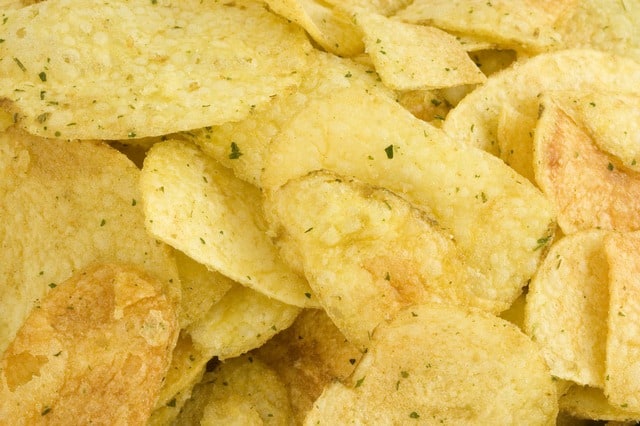 The range includes one device for each of Walkers’ most popular snacks – Wotsits, Quavers and Monster Munch – plus one that people can make themselves to protect their snack of choice.

To advise on the range, Bleksley, who also served as ‘The Chief’ on reality TV show “Hunted”, used his 20 years of experience as a detective at Scotland Yard to identify the places and the items people will be least likely to search for snacks around the home. Bleksley then worked with Furze using a scoring system to produce a final shortlist and transform the items he identified into four devices that a normal person would never be able to detect or break into.

The scoring system used points where 10 is ‘optimal’ and 0 is ‘sub-optimal’. Based on Scotland Yard experience, the areas examined were: Likelihood of accidental detection, likelihood of intended detection, everyday nature of item (improving performance as potential hiding place), ability to be adapted (see notes to editors for the results*).

The move follows a ‘Walkers Snack Report’ looking into snacking behaviour. The report, which looked at snack-eating moments (including snack-hiding and snack-stealing), revealed that two-thirds (64%) of Brits have to hide their snacks to stop others eating them, with the average British householder owning up to having four different snack hiding places, from underwear drawers to the bedside table. Yet the majority find their hidey-holes uncovered more often than not, with two in five (40%) of those questioned saying they would be interested in a device to help them protect their snacks in future. Partners and kids are called out as the biggest snack-thieving offenders, with parents nine per cent more likely to have their snacks stolen from them than people without kids. Asked why they hide their snacks, a quarter (26%) said they hide their snacks because they’re too irresistible to share.

Bleksley comments: “Two in five Brits have had their snack-hiding places uncovered in the past, so it’s clear people need to start thinking outside of the box if they want their snacks to go undetected. Hiding places like the back of the cupboard, under the bed and in a wardrobe are all too obvious, but if you think like a detective and know how a criminal’s mind works, the possibilities are endless. The average person would never think to look into something like a lampshade, or inside seemingly inanimate objects”.

Furze added: “Like everyone else I love my snacks, so when Walkers challenged me to create some unhackable snack hiding devices to stop people from stealing them, this was a great excuse to make some really cool household inventions.”

Anyone who would like to have a go at creating their own “Sneaky Snack Stasher” to protect their irresistible snacks can do so by downloading blueprints and a simple self-assembly manual at www.colinfurze.com rel=”nofollow”