One man’s mission to build a backyard smokehouse business armed with a four-foot smoker, a bike trailer and a passion for sustainably sourced, high-quality fish. 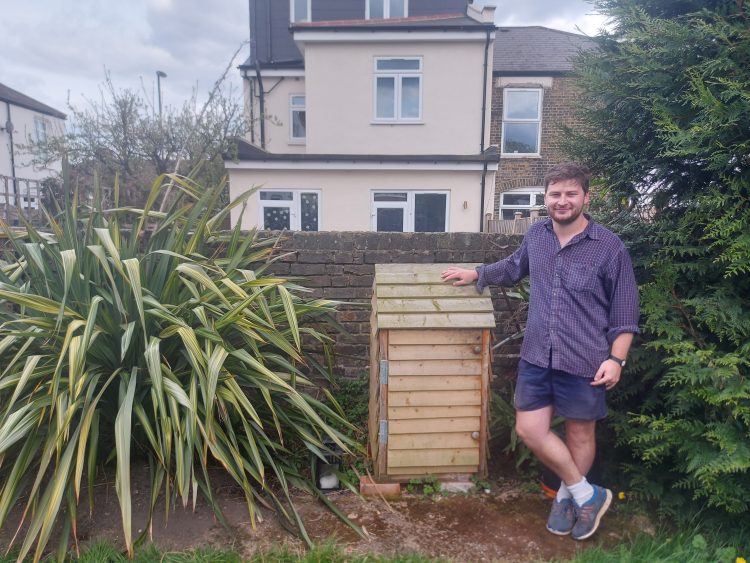 “I’ll just throw something smart on,” Andrew Woodhouse tells me as he runs off to grab a creased chequered shirt to compliment his worn shorts. The financial events planner turned backyard smokehouse entrepreneur has just met me at the door of his basement flat in Honor Oak for the umpteenth time, greeting me with the same warm welcome I have been afforded since I ordered my first side of salmon from him during the deepest darkest days of lockdown in 2020.

Back then, with the nation’s boozers shuttered and furlough leaving out-of-work Brits with time on their hands, Andrew decided to pump his pint money into his passion, smoked salmon, and follow in the footsteps of the cured pioneers that went before him. Contrary to popular belief, smoked salmon is as native to London as pie and mash. As Lance Forman of H. Forman & Son once told me stood proudly in his behemoth smokehouse on the East End’s appropriately named Fish Island, Scotland might have supplied the salmon, but London brought the smoke.

From preservation to delicacy

The capital’s smokehouses were to fish what Kent’s hop fields were to beer. Through a requirement to preserve, they created a whole new taste, one that has become a mainstay on breakfast menus up and down the country – and across the world. But dependence on salmon has, invariably, created problems, many of which were aired in a stomach-churning way in Seaspiracy. It has prompted Andrew to eschew early morning starts in Billingsgate in favour of trout delivered from Hampshire, which is not only more ethically farmed but, he thinks, tastier too.

“It’s really nice,” Andrew tells me as we sit down in his living room for a chat. “It’s less oily and there’s a lot less grease flying around your mouth while you’re eating it. And being leaner, it’s also a lower calorie option for people.”