How a tiny south London bakehouse became pride of its community. 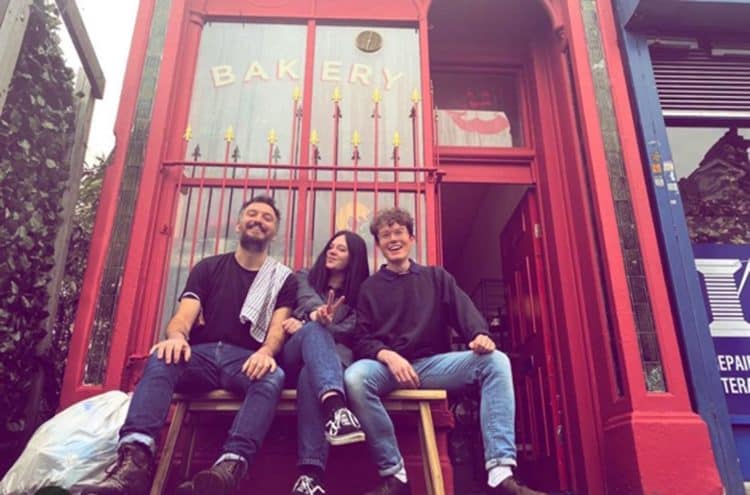 At the bottom of Crystal Palace Hill there is a bakery so small and unassuming that if you blink, you might just miss it.

Wedged precariously between a laundry and a train track, a former florist has been given a shiny red makeover since Sian, the bakery’s co-owner, took a lucky punt on Facebook and enquired whether the space was available. Since then, it has become home to some of the most sought-after sandwiches in south London with a hungry entourage of loyal customers setting their clocks every week in anticipation of the latest drop of mouth-watering creations. The limited-edition sarnies can sell out in as little as six minutes and are only made once, with those who miss out made to mourn their social media footprint as reels of pictures flood in.

The bakery’s beginnings are rooted in the Covid-19 pandemic when chef Tom, the other half of the Chatsworth duo, was forced to shut up shop at his retro pop-up restaurant catering for the Waterloo and Lower Marsh lunchtime worker crowd. Left with surplus supplies the couple started to make local deliveries of sweet and savoury treats to raise money for charity before deciding, with no imminent return to work looking likely, to “bust out sandwiches three days a week” from their kitchen at home that were dispatched to locals who ordered via DM.

“We did everything from our home oven,” Sian told The London Economic following a typically busy Wednesday lunch service in the bakehouse. “Tom was getting up at 4am and doing the bread. He had to rotate it in the oven because we couldn’t fit it all in, so he had to get the bread ready, proof it, bake it and be rotating all the time before we hit the road”. The flat became a full-scale bakery, with the whole of the living room and kitchen area cleared for production. “That’s when we sort of were like, well, we’re gonna have to think about whether we’re going to keep this up,” Sian said, acutely conscious that she was at the time – and still is to this day – working full time at a video production company.

“And then I was on deliveries one day and saw this shop was empty. I pulled up in the van outside and Facebooked the name of it, messaged her and said ‘look, I’ve just seen your shop, I think it’s empty, I just wondered if you guys are still there or not?’ And then yeah, a couple of weeks later, we signed on it.”

The best sandwiches in town?

It was at the bakery on Anerley Road that I sampled my own first taste of Chatsworth Bakehouse, a sticky soy and sesame roasted aubergine sandwich served with spicy kimchi-style chopped salad, spicy mayo and crispy onions in a sandwich dubbed the ‘Kimchi Face-Plant’. Before the doors opened for collection videos appeared on social media showing the aubergine taking on a caramelised, bubbly sheen as a chef’s blow torch moved enchantingly across their surface. Their signature focaccia was still being sliced in half ready for filling in a door-step style as I arrived – not a moment after half 12 – and was handed a chunky bag branded with the bakery’s insignia.

Since then, the other sandwiches that I have missed out on (I’m never fast enough) have been as alluring as they are innovative. This week punters have been treated to the ‘Mofo Tartufo’, made of pistachio mortadella with creamed truffle and ricotta. It follows creations such as the ‘Diavola’ – prosciutto cotto with sharp provolone cheese and freshly-made basil aioli – and the ‘Seoul-Ful Sando’ – roasted chicken in a sweet and spicy gochujang sauce – that have all found pride of place packed into their freshly baked, panko-crusted bread.