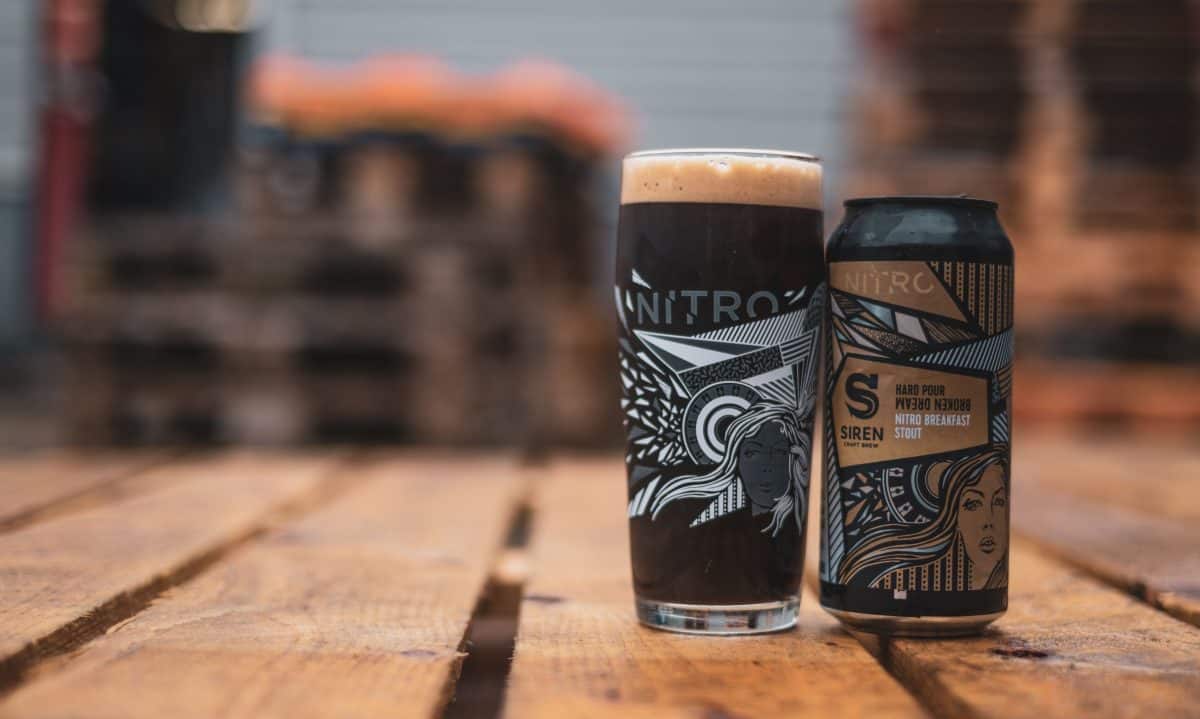 Brewed in Finchampstead, Berkshire, Hard Pour Broken Dream is loaded with higher levels of wheat and espresso, with a liquid nitrate used to bolster the smooth, creamy texture – an effect that can’t be achieved through regular carbonation. Here, the liquid nitrogen is quickly converted to gas, replacing some of the carbon dioxide, while the additional wheat proportion increases the levels of protein and thus improves the beer’s head retention. Once packaged, the cans are left to sit for seven days, giving the nitrogen time to work.

Established in 2013, Siren Craft Brew is a passionately independent brewery, with the team of three having grown to include over 40 people, with 3 million pints (5 million cans) produced in 2019. Founded by Darron Anley, the brewery now exports to 18 countries worldwide, self-distributes throughout the UK and is now stocked by Waitrose, Morrisons, and leading chains, plus independent pubs, shops, and restaurants. With a prolific brewing schedule, Siren Craft Brew releases an average on one experimental beer every week.

On pour, Siren Craft Brew Hard Pour Broken Dream is dark with a lasting tan head. Earthy coffee aromas are joined by some toffee, rich malt, and a whisper of smoke. To taste, Hard Pour Broken Dream is semi-sweet, with notes of chocolate and malted milk biscuits, dried orange peel, and some milky coffee, which brings some bitterness to the rich, medium-bodied palate. With the rounded, creamy mouthfeel,  it’s on the finish that the nitro really makes an impact on this exemplary, well-balanced breakfast stout.