A 'cheesecake' stout inspired by the all-night diners of New York. 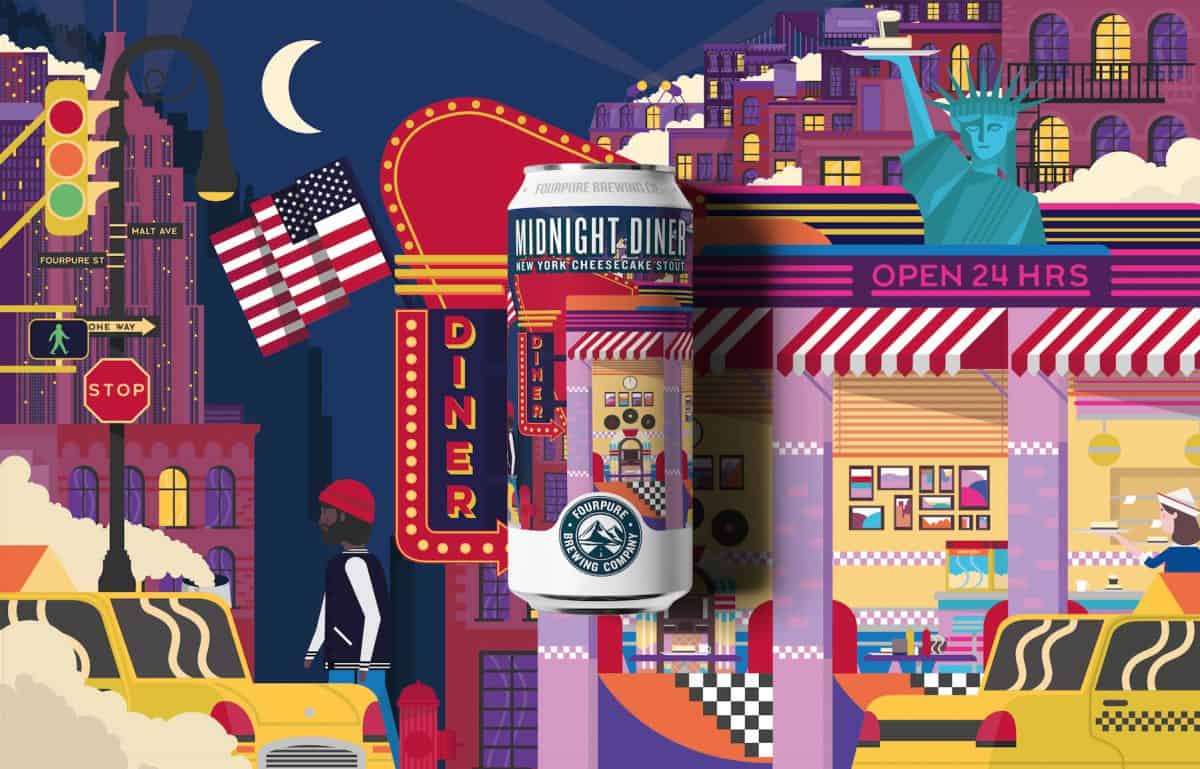 With a name inspired by the four core ingredients used to produce beer (grain, yeast, hops and water), Fourpure Brewing Co. launched as a family-run brewery in October 2013. Since then, the brewery has gone from strength to strength, now known as one of London’s most famous craft beer producers, recently bought out by Australian-headquartered Lion (joining a portfolio which includes Magic Rock and Australian craft breweries Little Creatures and Malt Shovel Brewery).

Operating from a site on Bermondsey Trading Estate, between Surrey Quays and Millwall Football Club, Fourpure produces beers inspired by travel. Having refreshed the design of its packaging last year, the brewery also introduced a new selection of core beers. New to their ‘Pioneer’ range, however, Midnight Diner is a ‘New York Cheesecake Stout’, inspired by the all-night diners of New York.

On pour, Midnight Diner has a dark brown/black complexion, capped with a foaming tan head. Aromas of lime zest and vanilla are prominent on the nose, joined by some biscuit notes and roasted malt that continues on the palate alongside some more vanilla, lactose savours and some lemon and lime, both of which linger on the finish. Medium-bodied and fairly sweet without becoming saccharine, Midnight Diner is a bold, particularly drinkable experimental stout.