Like most things in life, the simplest restaurant dishes are generally the endearingly memorable. So it’s hardly surprising that the ingenuous bone marrow salad at St John in Clerkenwell has been on the menu, unchanged, for the past 23 years. In turn, when presenting paying customers with something so simple, it’s crucial that each element […] 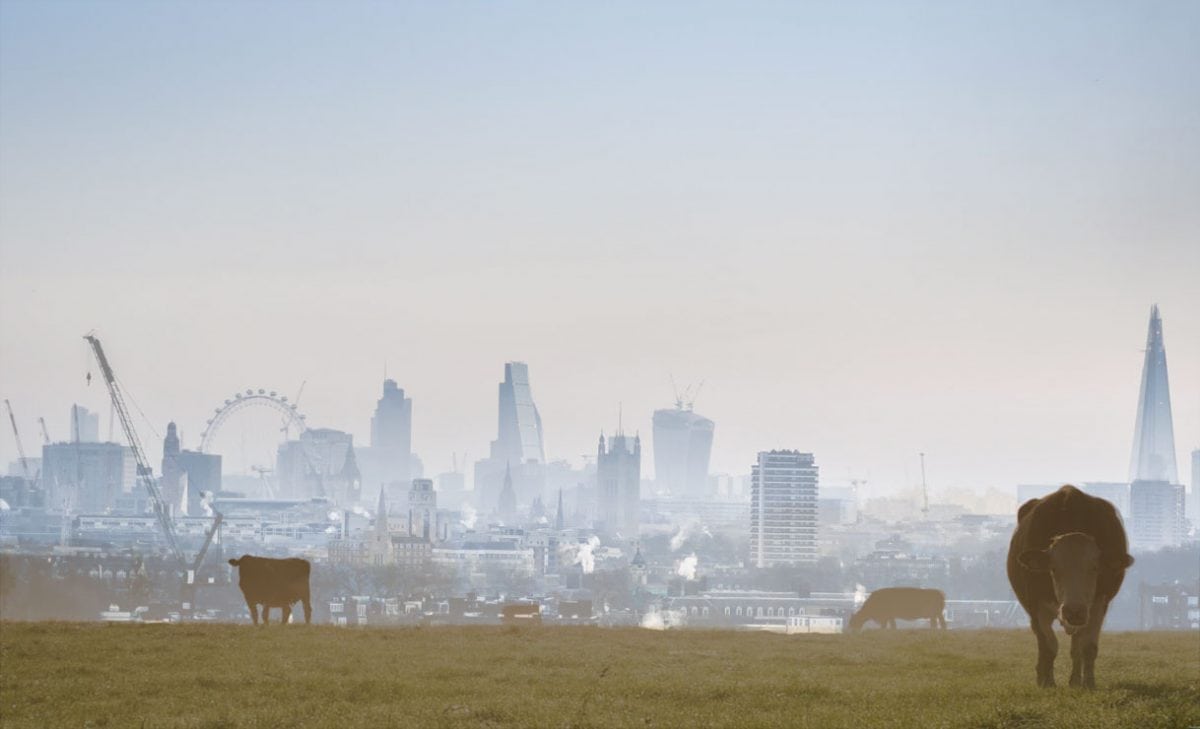 Like most things in life, the simplest restaurant dishes are generally the endearingly memorable. So it’s hardly surprising that the ingenuous bone marrow salad at St John in Clerkenwell has been on the menu, unchanged, for the past 23 years. In turn, when presenting paying customers with something so simple, it’s crucial that each element (no matter how trivial) is as near perfect as possible.

Most of London’s absolute worst dishes, in fact, are over complicated marriages of ingredients that seldom belong in the same room, let alone on the same plate, usually accompanied by some unnecessarily technical wankifery. Still, we must respect such boundary pushing recklessness, to an extent. But to charge fine dining prices for something as simple as a steak and still fuck it up? That isn’t merely unfathomably arrogant, it’s completely unforgivable.

First opened in 2006, Hawksmoor is a virile Americanised steakhouse that, inside, looks as though imported straight from Manhattan. The relatively small dining room is well-lit and festooned with bare brickwork, parquet flooring and dark wood tables, without a table cloth in site. During the mid-week lunch rush, the crowd vaunts an eclectic mix of suits and ties, or trainers and T-shirts. Yet the proximity of tables squeezed onto the floor plan, possibly designed by a Tetris World Champion, leave us feeling packed in like cattle en-route to the slaughterhouse. Whereas the mains section of the menu, overseen by Executive Chef Richard Turner, leans heavily towards steak, a selection of quintessentially British starters each seem appealing. As a Yorkshireman, my companion enjoys the look of the potted beef and bacon with Yorkshire puddings. Arriving in a Kilner jar, the potted meat has the texture of Winalot, and the Yorkshire pudding is dry and sunken. If a fancy restaurant kitchen must imitate what is essentially a breadline dish and flog it for just shy of £9, it needs to be done well. The only difference between this starter and a tin of Princes corned beef with Aunt Bessie’s Yorkshires is that you’ll leave £8 lighter at Hawksmoor.

With a starter of potted mackerel, the kitchen almost manages to achieve the impossible. A famously potent, oily fish – the fish’s flavour is, in this instance, almost completely subdued. In addition to its tastelessness, the texture of the Kilner jar’s contents is, again, more suited to a supermarket’s pet food aisle. Burnt melba toast brings textural contrast, at least, yet the cucumber and dill garnish is somehow dish’s best composite. On to the steak, all of the beef served at Hawksmoor is British, but without much specific detail on breeds. We’re originally set on sharing one of the restaurant’s famed larger cuts, recommended for two to share. Scribbled onto a chalkboard in one corner of the room, a chunky porterhouse (an Americanism for a thick T-Bone) is most appealing, yet the smallest weighs 950 grams. Priced at £9.25 per 100 grams, that particular steak would cost in excess of £88.

We settle for a 300g rump (£19.50) and a 400g rib-eye (£31.50) instead. The quality of the meat is undoubtedly sensational, yet the rump is cooked medium, not rare (as ordered). The steak also boasts a fair amount of chargrilled bark on the outside, though the meat is cushioned by chunks of poorly rendered fat, like whale blubber. Arguably the most flavoursome cut of steak, thanks to internal gobbets of fat that need to be rendered properly, the rib-eye is also overcooked. Yet instead of a pleasant bark-like crust, the steak has an acrid bitterness from an overly hot pan. The overcooking of the steak would be somewhat forgivable, if only the hard fat had melted in the pan. Alas, these raw flabby globules are harder to swallow than Theresa May’s proposed Dementia Tax cap. It’s difficult to understand the point in specifying such a strong focus on high quality beef, if it’s going to be cooked so with such cack-handed carelessness.

On the side, a cast iron cup of macaroni and cheese and one baked sweet potato are fine – possibly the best things eaten. Alas, the additional hollandaise sauce flecked with anchovies is split and congealed, with a vilely unpleasant flavour enough to make Auguste Escoffier spin in his grave. By now, dessert would seem like a punishment instead of an end-of-meal treat. Instead, we settle the bill in excess of £100 for two-courses with one glass of house red, and head off feeling pity for the poor cows having died in vain, only to be callously slain once again in Hawksmoor’s kitchen. Simplicity is fine, but at these prices, is it really so strange to expect excellence, if not perfection?

Lunch at Hawksmoor Spitalfields is inspirational, at least. The steak alone inspires me (a staunch meat lover) to almost contemplate vegetarianism. Celebrating its 11th anniversary this year, the restaurant famously opened in Spitalfields before the area became popular. Visiting for lunch in 2017, though, it’s soon evident that Hawksmoor, like Shoreditch, peaked some time ago, warbling on the brink of passing its sell-by date.